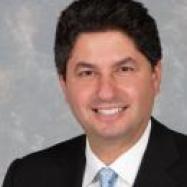 David R. Chase, a securities lawyer, has an extensive background in SEC and FINRA securities regulatory defense, as well as the representation of defrauded stock market investors in cases to recover their investment losses.

Mr. Chase began his legal career at Greenberg Traurig, an international law firm in Miami, where he represented securities and financial firms in securities cases and SEC and FINRA investigations.

Thereafter, he accepted a position as Staff Counsel in the Enforcement Division of the U.S. Securities and Exchange Commission, where he worked for almost four years, ultimately obtaining the title of Senior Counsel.  For part of that time, Mr. Chase served as a Special Assistant United States Attorney in the U.S. Attorney’s Office – Economic Crimes Division in the Southern District of Florida.  While a Government prosecutor handling exclusively securities fraud cases, Mr. Chase was involved in matters involving insider trading, Ponzi schemes, market manipulations, municipal bond fraud and broker-dealer retail sales practice violations.

After leaving the SEC, Mr. Chase has run his own law firm, focusing exclusively on defending those under SEC, FINRA and state securities investigations and prosecutions, and fighting for the rights of defrauded investors in cases to recover their financial losses.  Mr. Chase also represents securities professionals in legal claims against their employing securities firms, as well as in matters involving licensure.

Mr. Chase has been appointed by Federal District Court Judges to serve as Receiver in Securities and Exchange Commission and Federal Trade Commission cases, where he was empowered to protect the rights of defrauded securities investors and consumers.   Mr. Chase has been published on SEC issues and currently serves as an Adjunct Professor of Law at the University of Miami School of Law where he teaches a course on SEC Enforcement Litigation.

The Real Story Behind Phil Mickelson’s SEC Settlement
May 23, 2016
At first glance, the SEC’s insider trading settlement with professional golfer Phil Mickelson is noteworthy if only because of Mickelson’s celebrity status and the press coverage it has generated. However...