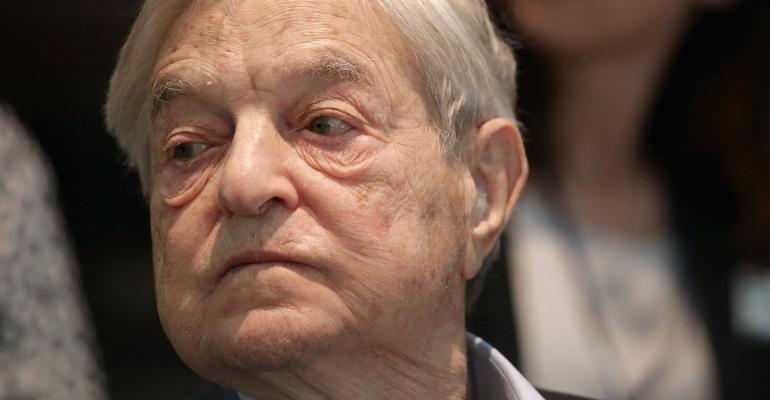 Octogenarians Rule the Rich, With a Big Share of Top U.S. Wealth

Wealthy Americans over 80 control more assets than those under 50.

Six of the 25 richest Americans are over 80, according to the Bloomberg Billionaires Index. Carl Icahn and Charles Koch, for example, are 81. Earlier this month, Sheldon Adelson turned 84 and George Soros hit 87. Warren Buffett, the fourth-richest person in the world, with a net worth of $77 billion, celebrates his 87th birthday next week.

New data from the Internal Revenue Service show just how old the top millionaires and billionaires in the U.S. are. While people over 80 make up only 3.7 percent of the population, the IRS estimates they control a larger share of the nation's top fortunes than people under 50.

The wealthy have probably always been older than the general population. Despite the example of Mark Zuckerberg, the world's fifth-richest person, at 33,  it usually takes a long time to amass great wealth. Still, the imbalance is striking.

Every few years, the IRS analyzes the wealth of the richest Americans. Its Personal Wealth Study examines a rarefied group: people potentially subject to the estate tax, which is levied on individual fortunes of $5.5 million or more.

The latest study, released this month and estimating personal wealth in 2013, finds 584,000 Americans, or about 0.2 percent of the U.S. population, with a combined net worth of $6.9 trillion. People in their 80s and 90s control $1.2 trillion of that wealth. Adults under 50, roughly 43 percent of the population , hold barely $1 trillion. Wealthy people in their 80s have the highest average net worth of any age bracket. One reason is that octogenarians have less than half the debt, as a percentage of their total assets, than adults under 60. Measuring the wealth of the world’s richest people is difficult. Billionaires rarely take surveys, and they have every incentive under tax laws to make their fortunes look smaller than they are. The IRS bases its wealth estimates on estate tax filings. The fortunes of millionaires and billionaires who died are extrapolated to the holdings of the wealthy who are still alive.

The richest Americans may be far wealthier than the IRS estimates. For one thing, wealth managers and attorneys have found creative ways, such as trusts, to help the rich pass money to their heirs tax-free before they die.

"Estate planning has become more sophisticated over the years, with an increasing number of tax dodges, so that estate values are increasingly underestimating the true wealth of the living population over time,” said New York University economics professor Edward Wolff.

Estate tax data generally haven’t shown the wealthiest Americans taking a larger slice of the country’s wealth over time. That contradicts survey data and other measures based on macroeconomic data. In a paper published last year, Emmanuel Saez and Gabriel Zucman, of the University of California at Berkeley, found that the share of U.S. wealth held by the top 0.1 percent more than tripled from 1978 to 2012, from 7 percent to 22 percent.

Still, the IRS data give a unique insight into the portfolios of the wealthiest Americans. The agency finds, for example, that the richest Americans’ investments are heavily concentrated in businesses and non-public stock, and that their personal residences make up a small part of their wealth, only a bit more than their art collections. So why are so many wealthy people living, and prospering, not just into their 70s but into their 80s and even 90s?

One explanation is they're staying much healthier than other Americans. The wealthiest men, in particular, are outliving poorer Americans by a widening margin, Saez and Zucman estimate. As recently as the early 1980s, the death rates of the rich and the general population were pretty similar. At ages 65 to 79, men in the top 1 percent were 12 percent less likely to die than the average American man in any year in that range. In the most recent estimates of Saez and Zucman, the richest men in that age range had mortality rates 40 percent lower than average.

At this point, Americans’ overall longevity has stalled, and middle-class wealth and incomes have stagnated. One thing hasn’t changed: It’s still a great time to be rich.