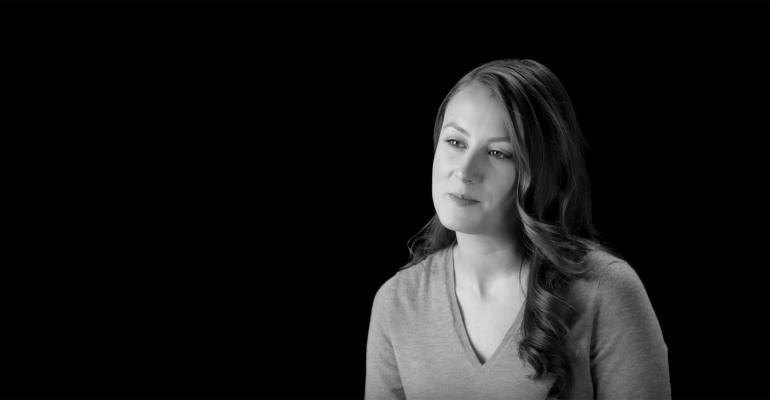 Some insight into the charitable origins of the globe-trotting philanthropist and TAG Group heir.

While the long-ballyhooed “Great Wealth Transfer” is seemingly always just over the horizon, the philanthropic world is undergoing seismic changes.

As generations age, power dynamics shift, and with them so do philanthropic interests and priorities. A new generation of high-net-worth philanthropists are coming into their own, and their experiences and educations surrounding money, values and giving can offer valuable insight into what challenges philanthropic HNW families face, and what the future of giving may hold.

WealthManagement.com recently chatted with Sara Ojjeh, founding member of the Maverick Collective, a group supporting women’s health and human rights (co-chaired by Crown Princess Mette-Marit of Norway and Melinda Gates) about her family’s approach to introducing her to their wealth and educating her about giving and what values the family stands for. Ojjeh also founded Ethos Philanthropies, a consulting firm advising families and individuals. (The Ojjeh family runs TAG Group, most widely known for TAG Heuer watches.)

WealthManagement: How early were you aware of your wealth. Was there a formal introduction or did you figure it out yourself?

Related: How Much Do You Know About Charitable Giving?

Sara Ojjeh: It would have been tough not to figure it out. I grew up in Geneva, which is an incredible lifestyle to live. I went to The International School where half of the students were there because their parents were in the UN. When we traveled, it was often on private planes. So, I was never not aware of it. Although the lightbulb really started to turn on around 8-10 when you start going to friends’ birthday parties and noticing “Oh, this is the house they live in” and you see people’s reactions when they come to your house, little things like that.

My parents raised us very firmly and stressed the importance of budgeting and keeping our feet on the ground, and, considering how they could’ve raised us, did so very conservatively in terms of talking about money. To this day, to be honest, even though my father recently had a life-threatening illness, we’ve never formally sat down and laid out “this is exactly how much is in the bank, this is what you stand to inherit, this is how you should handle it.” We were always made very aware that we came from privilege and that it was a privilege to have the resources we did.

WM: How old were you when your parents first broached the topic of philanthropy? How did they go about it?

SO: I’m one of four children, and my parents have always been very generous—always anonymously. My brother was 13, I was 16 and my sisters were 18 and 19. After Christmas, we were sitting at the dinner table and my parents said “we have one more gift for you guys.” They explained to us that they had deposited a sum of money in a bank account and hired these advisors, and it was our responsibility to learn how to give this money away responsibly.

There were a couple of parameters that came with it. The first and most important to them was anonymity. They were very strict that nobody outside the immediate family knew any details. This wasn’t about putting our names on things or getting recognition, it was a learning process. The second was that they required a four-year commitment. They didn’t want this to be a dalliance, and that level of commitment and that sort of deadline were new to us. My sisters were in college and I had just started my baccalaureate, so we knew some deadlines, but not life deadlines like budgets being due, due diligence, etc. The third is that we had to work together. My dad is one of seven siblings, and while he runs the family business, I think he kind of wishes that they were all more equal partners, so it was especially important to him that we as a family could learn to disagree gracefully and talk it through. The last parameter was that my father had a legacy project that he had started in a neighboring town in concert with the local mayor, which tended to be one-off grants to help specific individuals who had “fallen through the cracks.” It was important to him that for the first two years, at least 50 percent of our philanthropy went there. He wanted to hammer home that you didn’t have to go far from our very comfortable bubble to find people in need.

To be really honest, with baccalaureate studies and SATs and just being a teenager, at first this sort of seemed like more homework that I didn’t necessarily feel like doing. What teenager wants to spend a Sunday having a board meeting with their siblings? But in reality, it completely shifted our entire lives. What started as a four-year project ended up lasting over a decade. Just a few months ago we made our final grant and closed out the account, as my siblings and I have all reached the phase where we are standing on our own two feet and it’s time to figure out what our philanthropic missions are going forward. What started as “let’s teach our kids a lesson over the next four years” ended up being a lifelong passion.

WM: Did you and your siblings support similar causes? Any tensions over where money should go or was there room for everyone’s interests?

SO: There was definitely room for everyone. My siblings and I have always gotten along very well, but we also did a lot of individual interviewing with our advisors to drill down into exactly what philanthropy meant to us. There were hours of brainstorming and workshopping to make decisions. And, there were definitely times where, for example, my older sister who was 19, would be more aware of things like maternal issues in Senegal, whereas my brother, a 13-year-old dude is like “OK.” It just didn’t click for him. There were a couple of projects where we split 50/50, but it turns out that most resolutions just took time. Things definitely worked better when done in person, however.

A turning point really came when we started getting out in the field ourselves and seeing who the beneficiaries actually were. That they were just like us, our age, etc. Stepping back and realizing that we were doing this for the greater good of others, so our petty “you didn’t do your research” or “you’re wrong” arguments really didn’t matter.

But you’re also still developing and tastes change. For instance, we did a grant for animal rights in Brazil, and while we felt good about it, after it was done, we realized that that cause wasn’t quite as important to us as it once was, and we moved on. We did it, we learned from it, but interests change.

WM: Who were the advisors, did you know them?

SO: They were separately assigned. My dad had never used advisors for philanthropy, so these advisors were brought in solely for us. If you think about it like a football team, my dad was the owner, my mom was a cheerleader, the advisors were coaches and my siblings and I were the players. That’s how information flowed. Most of what happened for us philanthropically was between the advisors and us kids. Our dad would check in and offer advice, but he wasn’t vetoing grants or anything. It’s important to stress that our parents were happy to accept failure. We gave some small grants to folks who needed help and never heard anything about them again. Sometime grants fail, and our parents accepted that. They let us learn on our own, so it wasn’t like if we made a bad decision we would be punished (unless it was something truly ridiculous). It let us grow into ourselves as philanthropists, because we could try things out without fear of failing.