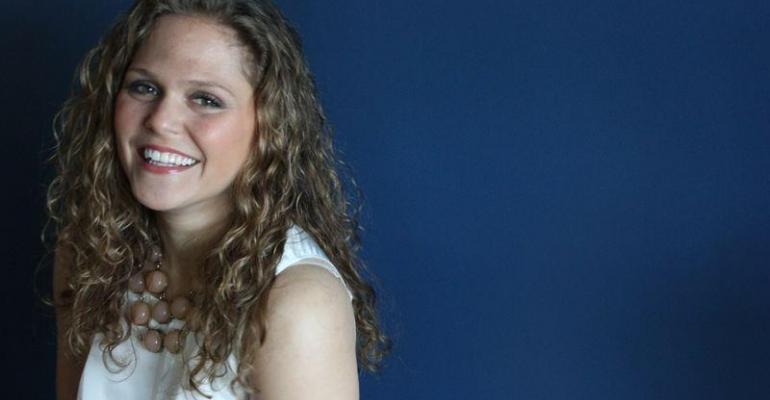 A glimpse behind the curtain from a fourth generation member of the Foster Family Office.

While the long-ballyhooed “Great Wealth Transfer” is seemingly (almost sarcastically at this point) always just over the horizon, the philanthropic world is undergoing seismic changes.

As generations age, power dynamics shift, and with them so do philanthropic interests and priorities. A new generation of high-net-worth philanthropists are coming into their own, and their experiences and educations surrounding money, values and giving can offer valuable insight into what challenges philanthropic HNW families face, and what the future of giving may hold.

I got the chance to chat recently with Bryn Mars, a fourth generation member of the Foster Family Office in Pittsburgh and founder of Bryn Mars Consulting, which focuses on the intersection of business and family, providing structure for values-driven governance, leadership and education, particularly as it relates to succession and the Rising Generation, about her family’s approach to introducing her to their wealth and educating her about giving and what values the family stands for.

Wealth Management: Growing up wealthy, at what point where you made aware of your status? Were you formally sat down or did you just come to it on your own?

Bryn Mars: Yes to both. The reality is I lived in a wealthy community. I went to a private school where everyone got cars when they were 16, always went away on vacation—often to your friends’ large houses, etc. So, I knew from a relatively young age that that wasn’t typical of the rest of the world. When I turned 18, I was formally introduced to the family office and began a formal education into our family assets and values. In my family, aged 16 and older is deemed the age that it makes sense to formally “invite us into the fold.” I had several cousins that were similar in age to me, so we were all brought in together.

WM: Was that the first time you met your family’s advisors?

BM: I had met the CEO of the family office prior to that point, so I knew him, but our relationship was very different. That changed immediately after [the aforementioned meeting], particularly as I was going away to school and had a million questions for him and the team about credit cards, car payments, renting apartments and such. I’m constantly thankful that I have such a strong relationship with our advisors. They’ve been so meaningful for me in terms of my understanding of both my personal finances and how they relate to the family’s finances.

WM: Can you give an example of what your “formal education” entailed?

BM: The first year that my cousins and I were brought into the fold, we had a speaker come in to talk to us about the family office and investing meaningfully as a family—and frankly, he was awful. We told our advisors that we liked the idea of embracing the central financial goals and values of the family, but learning this way is terrible. If you want to teach us something, what else can we do? The idea of a college-style “investment club,” except using real money was floated. We each started by putting in $5,000, then the second year we increased it by another $5,000 each. In essence, it was somewhat our idea and somewhat our advisors’ idea. We formed our own governance structure and decided how decisions would be made.

It taught us a great deal. For instance, as family members turned 16, we had to decide if they could buy in at the original $10,000 or would they have to put in more to maintain equal position with the rest of us. We didn’t want anyone to have a lower percentage, so we decided that they would have to put in enough to be equivalent to the rest of us. Three more relatives joined, but then there was a large age gap. By the time the next group of cousins would have been ready to buy in, the dollar amount would be pretty daunting, so we started a separate, similar program for that generation. Inadvertently, we’d created a tradition.

WM: When did you start thinking philanthropically?

BM: For me, giving was initially of my time, through volunteering and the Jewish charitable concept of Tzedakah. As early as I can remember a portion of my allowance and whatever money I made went into the Tzedakah box. I started volunteering round aged 10 or 11 with my friends in programs organized through our synagogue—that sort of grew over time and I started to get involved in more organizations as I got older. In terms of formal, larger-scale monetary giving, at 18, simultaneous to learning about our family office, I was also introduced to the family charitable foundation. That was the first time that I understood that our family donated together and that I was expected to play an active role. My cousins and I were essentially just told that this is an opportunity and if there’s a cause you’re interested in helping, here’s how you go about it. We would have to make a pitch to the board of the foundation, and they would make a decision whether or not to make that grant.

WM: How much freedom did you have in terms of grantees? Were you given parameters?

BM: We don’t really have overt parameters, but as an adult, learning what legacy means has become very important to me. I’m very connected to the history of my family, and the philanthropic legacy of our family is very Pittsburgh local—yet most of us don’t live there anymore, which presents a bit of a problem. Pittsburgh was a great place for my family, but my generation has really struggled with that connection because our foundation doesn’t have much of a focus beyond the city. We’re currently struggling with the question of how to be more thoughtful about giving in the future, while still maintaining a connection to our family values and history.

WM: Are you involved in impact investing?

BM: At the moment, my cousins and I (the fourth generation) have succeeded in divesting our group’s portfolio of anything that we don’t think meshes with our family’s values, but that’s as far as we’ve gotten. However, as time goes on and my generation becomes the majority, I fully expect the foundation in particular will be invested very specifically and meaningfully in a socially responsible way, in addition to just broadly avoiding investments that don’t fit our values. Eventually, if I have my way, that philosophy will also transfer over to the family office.

WM: How did you broach the topic of impact investing with the older generations?

BM: I happened to have been with the CEO of our family office at a conference when I first heard a speaker on the subject, so it wasn’t a huge stretch to make him understand that I was interested in it. However, I first brought the idea up within our small cousins’ investment group to make the changes in that portfolio. From a monetary perspective, it wasn’t millions of dollars, but it also wasn’t pennies, so it was a meaningful first step.

I’m also on the board of the family office, and I basically told our CEO that I’d like to bring this to everyone on the board. He cautioned that I would be met with a lot of pushback. The lower return isn’t such a challenge in the foundation, but it is one in the family office, even for a family as philanthropically inclined as mine. Also, our family office is heavily invested in private markets, which offers unique challenges, so I’d have to continuously fight to convince them. And that’s what I do. Every time I go home I just keep bringing more information about socially responsible investing and every time we have an opportunity to invest in something new, I make a challenge on social impact parameters.