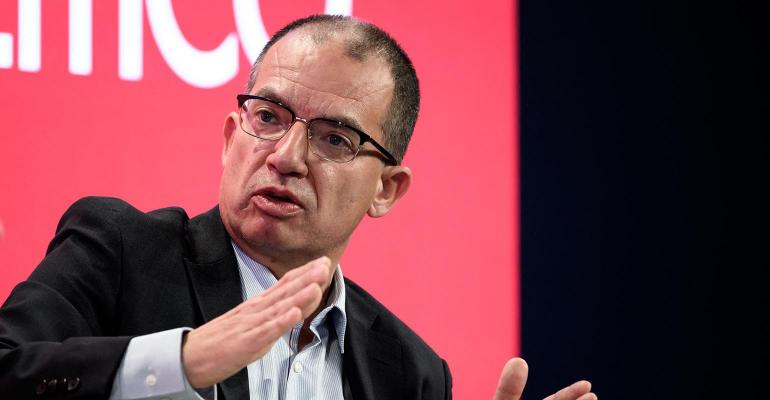 Moderna CEO Stephane Bancel has an estimated net worth of $4.1 billion.

(Bloomberg) -- Moderna Inc. Chief Executive Officer Stephane Bancel said he plans to donate the bulk of his family wealth, focusing his philanthropy on issues such as health care and global food security.

“We’ve told the kids that they get a good education, we take care of that,” Bancel said in an interview on the sidelines of the World Economic Forum in Davos, Switzerland. “They’ll get the family house, you know. But the rest we’re going to give away.”

Bancel, 49, said this week he plans to exercise some of his Moderna stock options over the course of about the next 12 months and sell the shares, donating the proceeds. That could generate about $355 million for charity, he said. The CEO has an estimated net worth of $4.1 billion, according to the Bloomberg Billionaire’s Index.

Bancel holds a 1.36% stake in Moderna, according to data compiled by Bloomberg, after reducing his holding by about one-sixth since the end of the first quarter last year. The Covid-19 vaccine maker’s stock soared to a high of nearly $500 a share in August before losing value amid concern about whether vaccine orders would keep pace. The entire biotech sector has declined over that time period as well.

Bancel said his teenage daughter persuaded him to become a vegetarian by pointing out the climate ramifications of eating meat.

--With assistance from Kat Van Hoof.