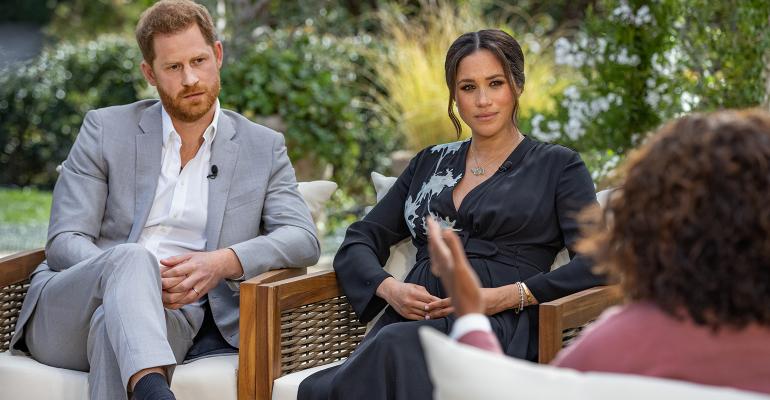 Meghan, Harry and the Importance of Crisis Management

What lessons can advisors learn from the Windsor's recent incendiary interview and Buckingham Palace's measured response?

If the U.S. and the U.K. are two countries divided by a common language, the Sussexes and the Windsors, in their choice of language, the tone adopted and the medium used, appear to be one family divided by an uncommon communications strategy. Harry and Meghan’s highly-publicized, sensational, prime-time television interview with Oprah Winfrey and her 17 million-strong audience threw down the gauntlet to the royal family. Buckingham Palace might have reeled at this slap in the face, but in its short and dignified response, it handed back the thrown down glove with an invitation not for a public spat but for a private chat.

Businesses and business leaders similarly have personal and professional personalities that inform their preferred communication strategies in times of crisis. And there are lessons to be learned from the alternate approaches adopted by the age-old institution of the monarchy and the young prince and his modern wife.

For anyone suffering the slings and arrows of outrageous criticism, responding can be essential to mitigate harm done, to rehabilitate reputation and to regain some level of control. An appropriate response may draw a line under the dispute and prevent private or professional dirty laundry being (further) aired in public.

Using the media to make ones point can be an extremely successful strategy. Not every founder or organization can attract the same searchlight of publicity as a prince and his Hollywood actress, but they may not want to. Once you've harnessed the power of reporters, photographers, newspapers and broadcasters to help broadcast your message, you may find you've lost control of your communications altogether.

Related: What Prince Harry and Meghan Need to Know About U.S. Taxes

Whether we are public figures or private individuals, VIPs or CEOs, heads of business, of state or of a family, ensuring that we are fairly and accurately portrayed can be essential to our continued success. But where confidential information suddenly leaks, stories spread swiftly over social media or the mainstream media comes unexpectedly knocking at our doors, we may feel as though we have lost control. Buckingham Palace may have felt similarly, as it had to sit down and watch with the rest of us as its own family and firm drama played out in the media. Buck House could have rushed to respond, lashing back at the hurtful allegations, but to a wider audience this may have looked like distasteful revenge. It could have alternatively uttered a passionate plea for fairness, but then an unhelpful and undignified “he said she said” may have been the result. Quite the conundrum.

Silence in the face of serious accusations is rarely golden: it will leave too much space free for others to populate with their views; what may be fake news, if unaddressed, will turn quickly to the accepted truth. But, while unnecessary delay in responding may suggest that the reply is overly-thought and insincere, responding rashly can draw both parties into a verbal boxing match; a long drawn out and public fight from which neither side may easily extricate themselves. Passion need not be met with unnecessary emotion; frustration and anger can be tempered by sorrow and regret; a heated accusation cooled by a calmer counter; and what is left unsaid between the lines can speak volumes.

Whatever our walk of life —advisor, royal family or simply private family—if faced with a reputational crisis, our responses should be genuine, truthful, considered, sensitive to the issues raised and in step with the zeitgeist.

In this case of Hollywood vs. London, the media strategies were chalk and cheese. Whichever you decide best suits your messaging, be sure you have the appetite for the consequences.

Amber Melville-Brown is head of the media and reputation practice at the international law firm Withers.