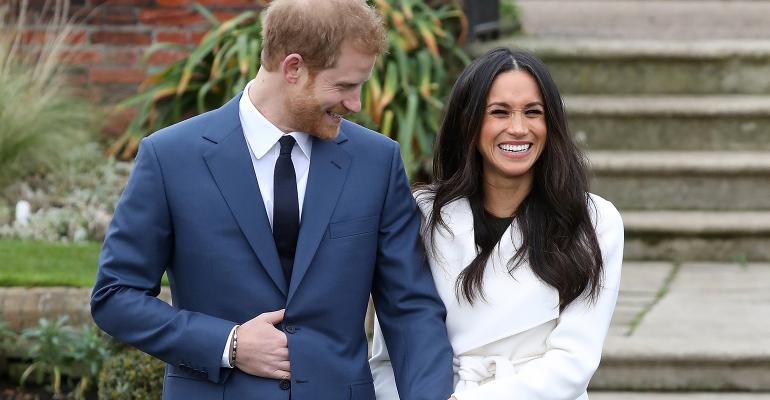 What Prince Harry and Meghan Need to Know About U.S. Taxes

A few strategies that could help keep the royal couple’s financial information private.

When the engagement between Britain’s Prince Harry and actress Meghan Markle was announced a few weeks ago, the press began to speculate about what affects Ms. Markle’s status as an American citizen might have on the royal family once she becomes part of it.

Specifically, what about required reporting under FATCA and other IRS rules?

Speculation continues as to whether Ms. Markle will renounce her U.S. citizenship as part of her new life plan. Of course, she wouldn’t be able to do that until after she’s been naturalized in the U.K., as it doesn’t seem she currently holds a second passport.

While I’m sure Ms. Markle has access to excellent U.S. tax advisors, here are a few simple suggestions for strategies that could keep Prince Harry’s financial information private from the Internal Revenue Service.

I'd recommend that, once married, Ms. Markle file her annual U.S. tax return using Married Filing Separately status. This could mean some potentially negative tax implications for Ms. Markle, but I’m sure Prince Harry would be up for compensating his bride for any additional taxes she might become liable for as a result of opting for MFS status.

Specifically, the downsides could come in the form of reduced deduction opportunities and ineligibility for certain tax credits. A bigger hit could result from the tax rates that Ms. Markle would be subject to filing separately.

On the other hand, MFS status would eliminate the requirement to report the spouse’s (that is, Prince Harry’s) assets on Form 8938. This form, a byproduct of FATCA, requires all U.S. persons to list all their foreign financial assets. As Prince Harry’s wife, his assets become Ms. Markle’s assets.

So, again, I’d bet Prince Harry and his family would be up for covering any additional tax expense in the interest of keeping their family finances in the family. Indeed, many U.S. citizens married to non-U.S. persons file separately to keep their spouses’ income away from the IRS’s purview.

Using the MFS status would not eliminate Ms. Markle’s filing requirement for the Foreign Bank Account Report. That form must be submitted to the U.S. Treasury by any U.S. person who has US$10,000 or more in any non-U.S. bank accounts.

Important in this context is that it’s not only accounts that the filer owns personally but also accounts for which he or she has signatory authority.

This could be a good loophole for Prince Harry.

“Honey, it doesn’t make sense to add you to any palace bank account. This way, none of the royal accounts are reportable on your FBAR. Surely, you understand, dearest.”

If Ms. Markle were to give up her U.S. citizenship, then the ongoing tax filing issues would become moot.

However, if she does decide to renounce, she’ll face the so-called “exit tax;” assuming her taxes paid or total net worth meets the thresholds.

The exit tax comes into play if the renouncer has paid an average tax of US$160,000 or more over the last five years. That figure is for taxes paid (not income) and is an annual average over five years.

In other words, few people qualify under this threshold.

The net worth threshold is US$2 million, taking into account all assets including your home. More people meet this threshold and it’s one that Prince Harry may want to pay attention to if Ms. Markle does in fact intend to give up her U.S. citizenship at any point. Any joint assets or any property gifted could easily push her into this category.

The exit tax is on the way out the door. The young couple may or may not ever have to worry about it. Meanwhile, If Ms. Markle remains a U.S. citizen, the couple should be paying attention to the gift tax. Any gift worth more than US$100,000, including gifts from related parties that total more than US$100,000, have to be reported to the IRS on Form 3520.

Of course, worry over taxes and tax filings shouldn’t distract the couple from their engagement euphoria and wedding plans.

But I hope that the couple’s advisors are keeping them apprised of the requirements. I’d hate to read headlines at some point down the line about Princess Meghan ending up in an orange jumpsuit because she neglected to report the value of an expensive wedding present.

Lief Simon is the editor of the Offshore Living Letter.