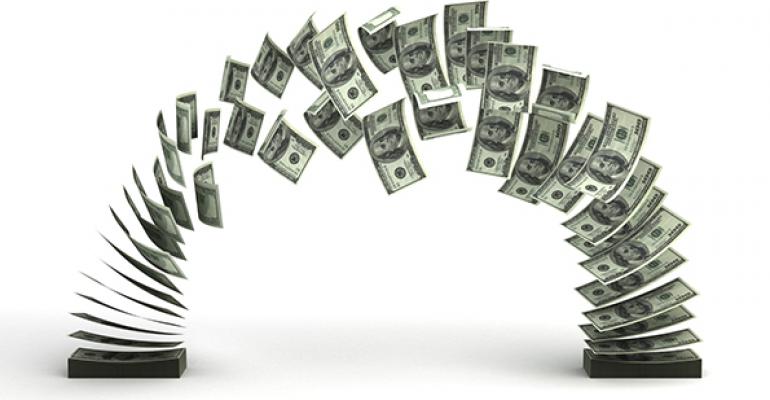 UHNW families may benefit from a greater understanding of a recently available opportunity to create more for family and charity.

Wealthy families can now transfer wealth to children and grandchildren at a transfer tax discount of up to 50 percent, while receiving up to a 50 percent current charitable income tax deduction—all while avoiding tax on the subsequent sale of appreciated assets

For many years charitable planned giving has been a favored way to avoid capital gains taxes on the sale of appreciated assets, as well as to transfer assets to family while giving income to charity. However, until recently there were limited opportunities to transfer significant wealth to younger generations while capturing meaningful current charitable income tax deductions.

Beginning in 1969, individuals could contribute highly appreciated assets to a charitable remainder unitrust (that he/she created) under Internal Revenue Code Section 664, have the trust sell the assets without recognition of gain, and receive an income for life, all while enjoying a current charitable income tax deduction for the remainder interest that would eventually go to charity.

At the same time, a charity could establish pooled income funds (PIFs) that could also accept contributions from donors who would then receive an interest in a pool (like a mutual fund) that would pay any interest earned for life. It was generally an option for donors who wanted money to go to charity at death, but needed some income during life. It was most attractive to smaller donors for whom a CRT would not be economical, but it did not pay out any part of realized capital gains. Also, the income could not continue to younger generations, but that provision was not important to less affluent people.

Two important developments have opened significant new planning opportunities, enabling UHNW families to fuse their desires for multi-generation wealth transfer with their desires to expand their charitable visions. First, in 2004 Treasury issued revised regulations permitting a charity to create a new PIF trust that could distribute as income a portion of post-contribution long term capital gain (LTCG) under a power to adjust vested in the trustee, so long as such a power is included in the trust document. This would make it a “total return” PIF (TRPIF) able to distribute significantly more over time than was the case with existing PIFs. Existing PIFs could not be amended to do so.

In addition, because such a TRPIF does not have the same 10 percent charitable remainder restriction as required of all CRTs after July 1997, the donor can have income interests that continue to benefit future generations before the remainder ultimately goes to charity. This freedom provides an incredible new opportunity for UHNW families—one that has only recently become a possibility as a handful of community foundations have begun to create TRPIFs that also permit multi-generation donor agreements. When designed to emphasize increasing income for future generations there is one other unique benefit of this technique.

Under current law, any realized long-term capital gain not distributed as current income under the trustee’s power to do so  is considered permanently set aside for the charity, and as such is not taxed to the trust or its income beneficiaries. This realized gain, when reinvested, enables the income to grow significantly over the decades, compounding tax-free to benefit future generations.

This is a complicated statutory plan with both income tax deductions and gift tax implications. UHNW families and their advisors may benefit from a greater understanding of this recently available opportunity to create more for family and for the charities that are important to them.