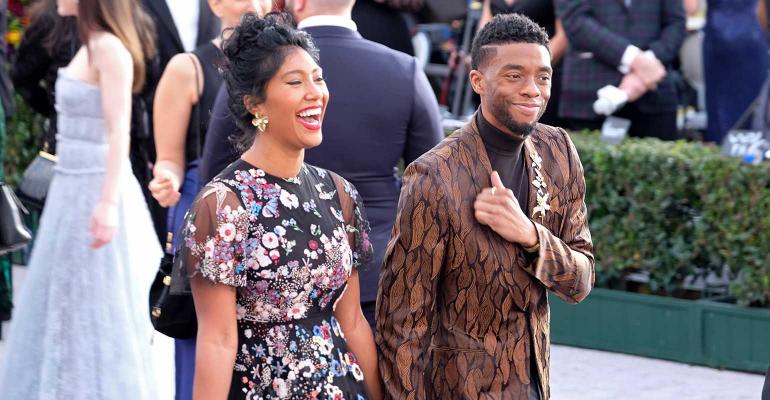 The late actor’s assets will be split evenly between his widow and parents.

Actor Chadwick Boseman’s $2.3 million estate will be split equally between his wife and parents, according to a report published by Shadow and Act last week. Boseman passed away without a will in 2020, after losing his battle with colon cancer. His widow, Taylor Simone Ledward, is in charge of overseeing his estate and has petitioned the court to split his assets equally between herself and his parents, Leroy and Carolyn Boseman.

Related: Celebrity Estates: Chadwick Boseman and Planning for Clients with a Diagnosis

In what may seem rare in these sorts of Hollywood estate stories, the settlement of Boseman’s estate, despite him dying intestate, appears to be amicable and by the books. Boseman and Ledward were married only a few short months before his passing—something that can easily trigger a family feud or even accusations of manipulation by family members. However, no such drama seems to be the case here. According to court documents, Ledward was reimbursed $47,000 for expenses that included Boseman’s funeral costs. The total inventoried value of Boseman’s estate is approximately $3.8 million, according to the same documents. The estate owed no real estate tax, and all California and federal income taxes have been paid. The $2.3 million remaining estimate comes after bills are paid and accounts for $900,000 being held as bond in a bill dispute with Boseman’s company, Chadwick Boseman, Inc.

“The 50/50 division of Chadwick Boseman’s estate between Ledward and his parents is consistent with what each of them would receive under California’s intestacy law if Boseman’s estate consisted entirely of his separate property,” says Marc M. Stern, partner at Greenberg Glusker in Los Angeles. “Although it’s initially surprising that Boseman’s estate didn’t include any community property—his share of any community property would pass entirely to his wife, with his parents receiving no share of the community property—that’s most likely because he married only a few months before his death when he was sick and presumably not working much, and any earnings he or his wife had during this brief period would have been consumed by medical and other living expenses,” he added. Though it’s not readily known why Boseman chose not to have a will in place, but it’s likely that proper estate planning could have saved his heirs a large chunk of change spent on the probate process.