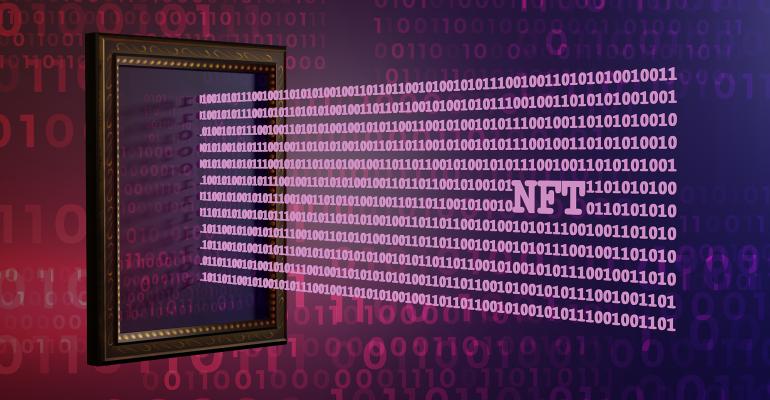 Any discussion of nonfungible tokens spawns one question from most advisors: What the heck is an NFT?

The response is inevitably disappointing because what the asker really wants to know is “why are NFTs worth money?”

Related: What the Rise of NFTs Means for Advisors

The snarky, but true, answer is that some NFTs are worth money because people are willing to pay money to own them—think of the images of Bored Apes or pixel-art Punks, iterations of which have touched six-digit price points. Most reference the technology and the widespread belief that the blockchain is the future of financial transactions, so anything associated with it carries a sheen of promised riches. Even so, it’s difficult to look at the prices being realized in an unregulated, chaotic market for a (debatably) tangible asset and not be reminded of tulip bulbs and Beanie Babies.

But many NFTs simultaneously exist within a similarly nebulous, unregulated and volatile market, one that few doubt is a legitimate asset class—art.

It’s impossible to predict the future of the blockchain or whether an “asset” recorded there will become an integral part of the culture or fall by the wayside as a fad. But NFTs being considered art offers a more solid proposition for attaching value to them beyond wild speculation (although the art world isn’t immune to volatile speculation either).

That brings us to a question even more daunting than “what’s an NFT?,” namely, “what’s art?” To find answers, we turn to the auction houses.

On March 11, 2021, Christie’s held the first ever sale of a purely digital piece of art by a major auction house. The piece, an NFT titled “Everydays—The First 5000 Days,” by digital artist Beeple, aka Mike Winkelmann, sold for $69 million, instantly making Beeple, who prior to October 2020 had never sold a work for more than $100, one of the top three most expensive living artists.

This sale, by a 255-year-old auction house that’s sold works by many of the greatest artists who’ve ever lived, offers a glimpse at these firms’ power to legitimize NFT art—and in turn establish a value for it. Having your work sold in the same venue as, say, a da Vinci, will do that.

But why was Beeple’s piece—among a vast array of NFTs being minted every day—the one that realized this huge price? What makes one piece of digital art worth more than another? 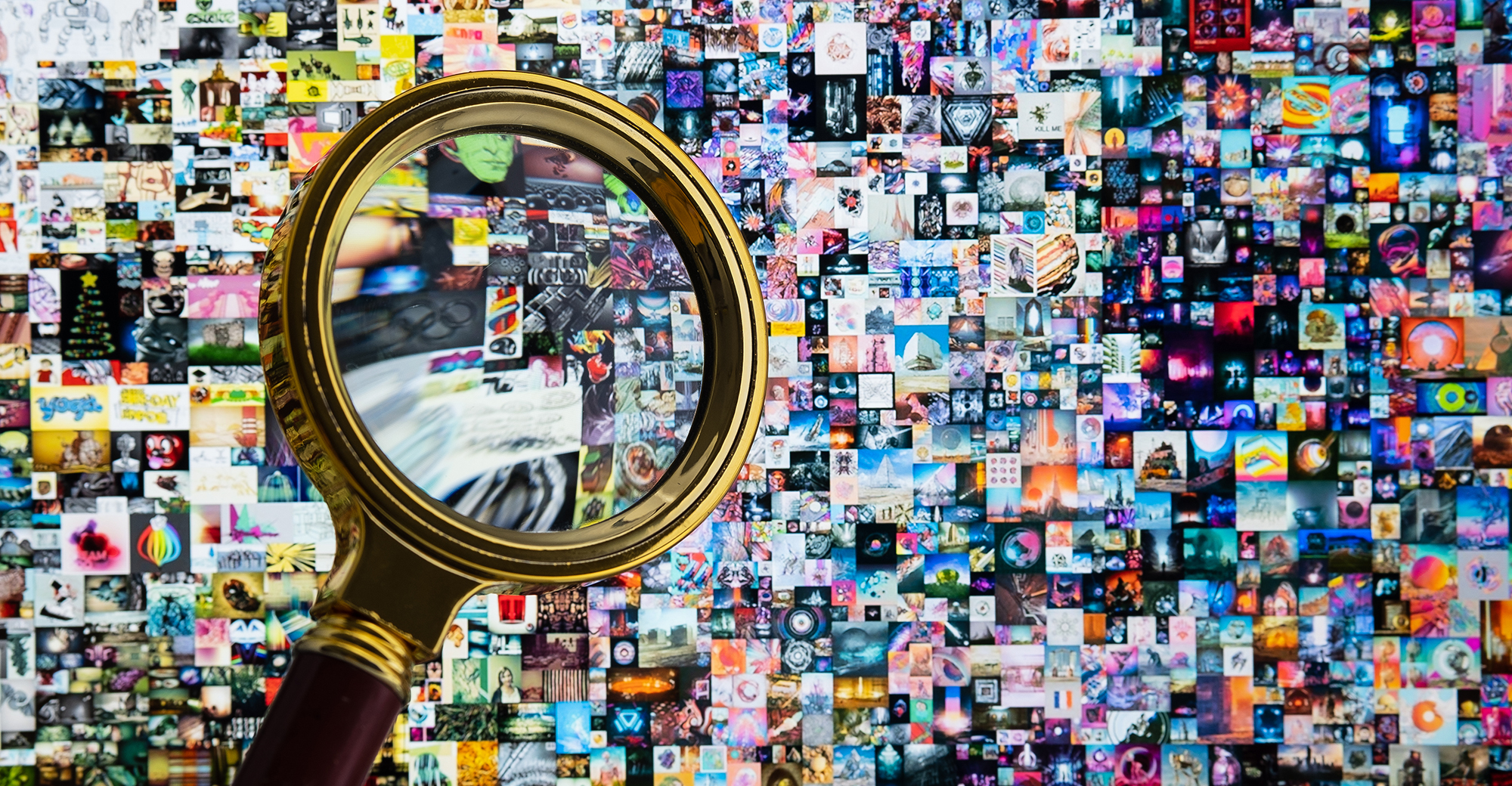 the First 5000 Days by Beeple (aka Mike Winkelmann) became the first NFT sold by a major auction house when it realized a $69.3 million hammer price at a Christie’s sale in 2021.

“As with any other piece of art, we first look to the influence the artist holds. Their popularity, existing community, following on social media platforms and prices that their past sales have realized on other platforms,” says Rebekah Bowling, senior specialist in contemporary art at Phillips auction house in New York. Then attention turns to the work itself: “Is it a truly artistic use of the medium? Is the artist using the technology in meaningful and innovative ways?”

Nima Sagharchi, head of digital art sales at London auction house Bonhams, agrees. “We basically try our best to copy and paste the principles we’d apply to any other art movement or field to the NFT world, which is going after the works of sought-after digital artists who are credible and have artistic integrity.”

As an example of using the technology in a meaningful way, Bowling points to Phillips’ first NFT sale in April. The piece, by digital artist Mad Dog Jones, entitled “Replicator” (which sold for about $4 million) is, on its face, an image of a copy machine. However, it takes advantage of its digital medium and hard-coded contract on the blockchain to automatically mint new, unique versions of itself over the course of a year—and even has the capacity to jam. “It’s a cool use of technology and a really compelling art object. Its form and medium have such a meaningful relationship,” she says.

Both experts stress that diving into the NFT space requires auction houses to operate outside of their own secondary-market comfort zones and in more direct contact with the artists themselves. “The way the NFT market is configured right now is not in keeping with the traditional auction house model,” says Sagharchi. “We wouldn’t normally have contact with content creators. It’s been quite eye opening. Everyone that has an idea or creation, often even before they’ve actually created it, is now coming to us.”

“We’re artist liaisons all of a sudden,” says Bowling. “Though we’re not directly influencing the creative aspect, it’s a far more direct and collaborative relationship.” Consider the ability to organize events, such as surprise “drops” of digital assets, a marketing move borrowed from sneaker culture, and for artists to reward early adopters through trade-ins of certain NFTs for newly minted, limited-edition ones.

This spirit of collaboration extends to the established NFT trading platforms as well. “We are in many ways at a disadvantage to the NFT platforms, who sell NFTs on the chain,” says Sagharchi. “Our process is more manual. So, we work with the platforms now, rather than against them.

“The buyer of the future is going to look much more like the NFT buyer of today than the traditional fine-art buyer of yesterday,” he says. “There is a degree to which us selling NFTs brings us to the mainstream and connects it to the traditional field, but there’s also a strong degree to which we’re realizing that our own customer experience has to change to engage buyers on Twitter and Discord, in the spaces that we’re not used to, and no longer see them as a niche.”

“For a large auction house, selling a physical piece for under $500 is just not worth it, given the costs involved,” Sagharchi says. “But with NFTs and the blockchain, we can cost-effectively access the young art buyer who’s looking to spend $500 on an artwork. Artists who release an open edition can instantaneously sell 1,000 works. Even if they’re sold at a low price point, that’s very relevant reach.”

“For the majority of our NFT auctions, since there are often very few past-sales metrics available, we simply start the bidding at a flat $100. We just let the market itself decide the value of the piece. This way we can take some chances on lesser-established artists,” says Bowling.

This low-cost approach is largely made possible by the fact that most NFTs code in a 10% royalty to the original artist on every subsequent sale in the secondary market—a feature not available in the physical art space. In the traditional art world, the artist really profits only on the initial sale and is unlikely to go to market with a low initial bid. However, since NFTs offer automated royalties on each sale in perpetuity, artists can participate without risking their future value.

For advisors still skeptical that a digital image of a monkey has staying power as fine art, Sagharchi offers some historical context.

“If you think of it by value, everything that auction houses sell, in its day, came under the exact same accusations. That’s what art markets are built on—cultural irreverence. It’s not surprising that the new wave is exactly the same. Banksy is considered a traditional artist now.”