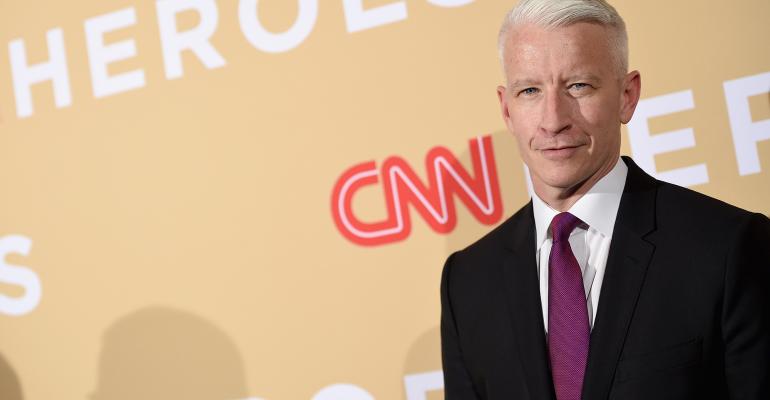 In what was probably a prelude to this revelation, Anderson Cooper, CNN news anchor and son of Gloria Vanderbilt, previously stated that he’s well aware that there’s no trust fund waiting for him. However, most interpreted this as meaning he’s a self-made man and that Gloria would simply be leaving her money to a charitable cause. Not so, according to probate documents that, according to Page Six, show that the total value of Vanderbilt’s estate at her death (which she did in fact end up leaving to Cooper despite speculation he would be disinherited) is less than $1.5 million—a far cry from the previously reported $200 million she was believed to be worth.

Her eldest son from her second marriage, Leopold “Stan” Stokowski, who was reported to be inheriting only his late mother’s luxurious New York City apartment, now appears to be walking away with the better deal after all.

Despite her wealthy roots and sizable inheritance (Gloria is a descendent of the legendary railroad tycoon Cornelius Vanderbilt), as we previously reported, there was plenty of doubt cast on the widely speculated $200 million figure, with Gloria’s estate taking a sizable hit after she sold two of her homes in the 1990s to pay off an Internal Revenue Service tax bill. She also lost millions in the early 90s after her own attorney and psychiatrist swindled money out of her bank accounts and misled her into signing over portions of her business interests. Though she was awarded a $1.5 million judgment in the case, it’s not clear how much was actually looted from her and it doesn’t appear that much is left from the awarded sum either (if it was ever paid). Gloria’s luxury denim fashion empire didn’t fare much better; the collection’s popularity faded out decades ago and is currently being sold at heavily discounted chain stores under a licensing agreement.

Given these unfortunate events and Gloria’s penchant for continuing to live (and spend) large throughout her lifetime, it’s no surprise that not much may be left of her fortune. However, let's not forget one other possibility - Gloria may in fact be worth more than we know, as it's plausible that her savvy estate planner could have created a trust for her assets that isn't going through probate. If so, it was a smart move to help keep the family assets and net worth under wraps from the public.