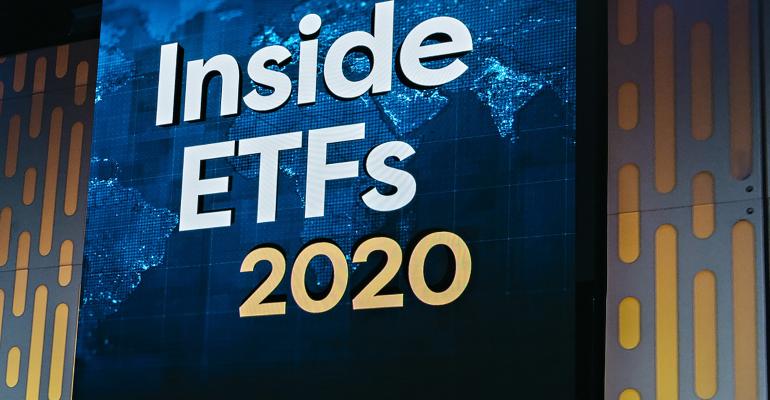 Cumberland Advisors CIO David Kotok said U.S. growth could bump down below the 2% pace that has prevailed since the Great Recession ended in 2009.

As for bonds, “you’ll be lucky if you get the coupon this year,” he said in an interview with WealthManagement.com at the Inside ETFs conference in Hollywood, Fla. “Interest rates have rallied, and the outlook for economic growth has diminished.”

That has pushed investors into high-grade U.S. bonds, he said. But interest rates have already fallen to historic lows. “It’s hard to see interest rates going much lower.”

Kotok anticipates “very slow growth” in the U.S. this year, perhaps below the 2% pace that has prevailed since the Great Recession ended in 2009.

Related: GMO’s James Montier Says Equities Are in a Bubble

Inflation could gradually increase, assuming there’s no major shock from the coronavirus, he said. “Part of me is very concerned about the virus,” said Kotok, who wore a medical mask as he spoke.

When it comes to stocks, with interest rates so low, they aren’t “responding to traditional valuations,” he said. In other words, investors are ignoring the fact that many valuation measures for stocks, such as price to earnings, are at historical highs.

“There’s cash around, and money is going into the stock market,” Kotok said. “It’s making old people like me disconcerted.”

As for currencies, unless fundamentals change for major foreign currencies, “it’s hard to see the dollar weakening, even though it should,” he said.

Looking at fundamentals, “if the Europeans get away from negative interest rates, which I suspect they want to do, then the euro would strengthen,” Kotok says.

He doesn’t foresee Japan changing policy in a way to pull the Japanese economy out of its 30-year morass. “Japan has had the same policy for the last 20 years: it’s not likely to change this year,” Kotok said.

When it comes to Federal Reserve policy, he said it’s likely to be on hold throughout 2020. “Central banks need to see higher inflation rates to adjust policy.”

In a talk to conference attendees, Kotok said he hopes U.S. interest rates don’t turn negative, like those in Europe and Japan.

“President Trump asks for negative rates, he bashes the central bank on Twitter. It’s a good thing they ignore him,” Kotok said. “I shudder to think what would happen if the government took over Fed policy. I’m worried about political influence on the Fed in the future.”

And what about investment strategy for the current environment? In bonds, you might consider a barbell strategy, purchasing short-maturity bonds and long-maturity bonds, Kotok said. “The short end of the yield curve provides cash. Ignore the middle where the risk is highest.”

Kotok also likes cushion bonds. These are callable bonds that trade at premiums to the market because their coupons are higher than market interest rates. “It’s cheap, and you can get a few basis points,” he said.

Kotok recommends against buying junk bonds, because their yield premium over investment-grade bonds is too slim.