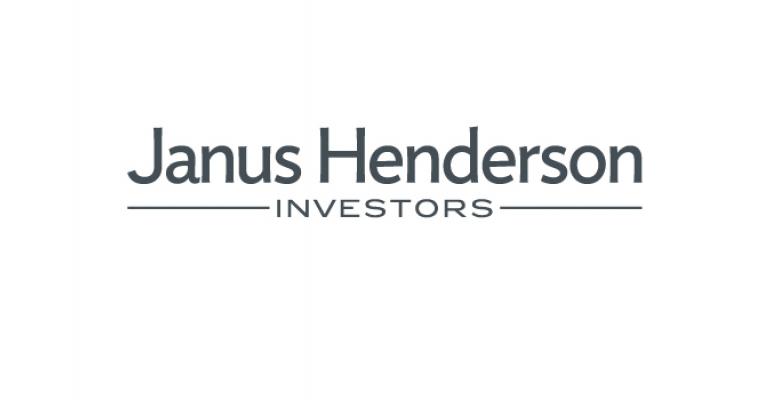 <p>Bill Gross of Janus Capital Group Inc. has said sovereign yields, near all-time lows in the U.S. and around the world, are too risky.</p>
Investment>Fixed Income

Janus Capital is giving Bill Gross the keys to a private bond fund that will be managed by Gross and will raise money from institutional investors.

by Miles Weiss and John Gittelsohn

(Bloomberg) --Bill Gross, faced with slow growth at his Janus mutual fund, is reviving the total-return strategy that made him one of Wall Street’s most famous bond managers.

Janus Capital Group Inc. is setting up a private total-return bond fund, to be managed by Gross, that will raise money from institutional investors, according to a person with knowledge of the matter. Gross told Pension & Investments in an interview published Monday that Janus plans to offer the total-return strategy as a mutual fund as well.

Gross spent decades running the Pimco Total Return Fund and built it into the world’s largest bond fund, with $293 billion of assets at its peak in April 2013, only to quit amid internal strife the following year. While investors have since pulled billions from Pimco Total Return, leaving it with just $84 billion as of Sept. 30, very little of the money has flowed into the unconstrained bond strategy that Gross now runs at Janus.

“The Pimco Total Return bond fund has bled a lot of assets,” Greggory Warren, an analyst at Chicago-based Morningstar Inc., said in a telephone interview. “That money has gotten spread around,” Warren said, adding that the new Janus total-return fund “might be an opportunity to capture some of that.”

Institutions that are willing to invest at least $100 million can get the Janus total-return strategy as a separate account, said the person, requesting anonymity because the fund is not being marketed to the public. The other terms of the private fund and the separate accounts weren’t available.

Gross began running the Janus Global Unconstrained Bond Fund within days of his September 2014 departure from Pacific Investment Management Co., the Newport Beach, California-based company that he co-founded in 1971. By the end of 2014, the Janus unconstrained fund had net assets of roughly $1.4 billion, about half of which was Gross’s own money. The fund has since grown to about $1.59 billion as of Sept. 30.

Richard Weil, Janus’s chief executive officer, said on a conference call last week that the unconstrained category is small compared with other fixed-income strategies. Weil added that he sees “ significant opportunities” for Gross on the institutional side of the business, where clients such as endowments and public pension plans will often invest tens of millions of dollars in return for lower fees.

While at Pimco, Gross employed his total-return strategy to manage institutional separate accounts as well as the better-known mutual fund. Private funds open only to institutions typically would be able to charge performance fees, and could also force investors to wait months or more before withdrawing their money, thereby avoiding securities rules that require registered mutual funds to provide daily redemptions.

“It gives the fund more flexibility to maybe buy fixed-income instruments that don’t trade regularly but could be great investments,” said Brent Gillett, a partner at Investment Law Group, an Atlanta-based firm that focuses on fund formation, compliance and regulatory matters. Gillett said mutual funds also face more rules than private funds on the amount of liquidity they must maintain and the leverage they can use.

Gross is already sub-advising a total-return bond fund on behalf of Old Mutual Global Investors Series Plc. The Old Mutual total-return fund has about $314 million in assets and was up 6.3 percent this year as of Oct. 28, compared with a 4.5 percent return for the Pimco Total Return Fund.

Janus began laying the groundwork for a total-return strategy earlier this year. In a June filing to sell shares of exchange-traded funds, Janus listed a total-return fund as one of 10 different ETFs it might offer in the future. On Sept. 30, the company incorporated the Janus Total Return Fund LLC, according to the website for the Delaware Division of Corporations.

“Bill is not looking to recreate Pimco in his current seat,” Weil said during the Oct. 25 earnings call. “I don’t think he is personally motivated to go trek around the world and gather lots of assets.”