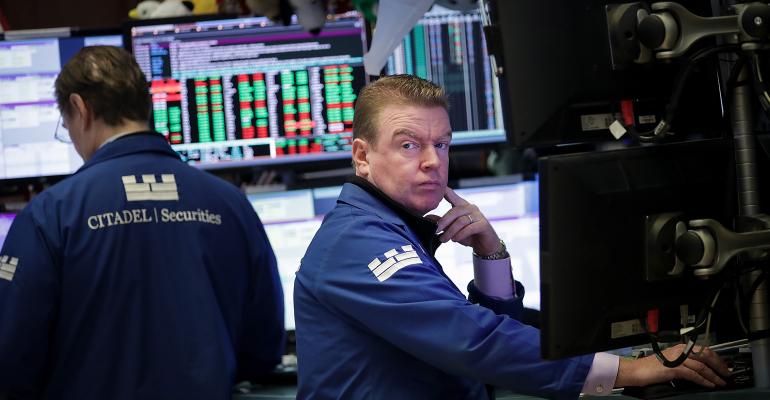 The curve flattened a bit more to new cycle narrows as longer yields made marginal but distinct gains; 10-year Treasurys are back into the channel that dominated the later part of June and much of July, while 30s are lagging by a very few basis points

First, I’ll dismiss the Federal Open Market Committee Minutes and the supposed short base in the Treasury Yield. The Minutes told us nothing we couldn’t have figured out from Fedspeak and a bit of one’s own logic; trade policy might hurt the economy even if it gives a temporary nudge to inflation, fiscal headwinds eventually run out and emerging markets stress is on the radar, along with a softer tone in housing. I guess Fed officials read the same papers we do. That won’t stop them from hiking a few more times, which is what a 21-bp 2s/10s curve needs to focus on.

And with the Funds rate headed toward 2.5 percent in the next few quarters, basically even to a tad ahead of inflation, of course rates are losing a sense of being accommodative. Do we need the Minutes to tell us that? A lot of words were spoken in the market about what might be discussed at Jackson Hole, with pundits sort of implying that our own agenda would be part of it. I don’t think that tells you much other than that we think it would be nice to have some Balance Sheet insights.

This is all to conclude that I don’t think the market has moved very much and the headlines those things garnered are not so much mission-critical, more a filler in an otherwise slow news week.

Of course, this ignores the political realm, which I have to believe is on the market’s mind, though I’m less sure of its influence. I mean if the Manafort and Cohen stuff somehow supports bonds with their implications for uncertainty in the coming elections, to say nothing of the future of Trump, shouldn’t it be detrimental to stocks and maybe the dollar, too? Watch this space; at some stage I think these events will impact markets. Whether that’s positive, i.e., relief or negative, remains to be seen.

So, what do we know? As we get into September we know the Fed will hike. That’s largely priced in, leaving little room for further accommodation. There are some chinks in the proverbial armor of economic data, as witnessed by the Citi Surprise Index at -20.20, the lowest level since last summer. There is good news against that, the behavior in stocks for instance, but with the further weakness in various housing sets and the ongoing poor performance of real wages, I think there’s little room for more than a modest retreat in rate or steepening other than as a corrective thing.

And then there’s the wait. As a strategist it’s awful to be so patient, but I don’t know how to handicap the situation with Turkey, the impending China trade talks, Trump’s legal travails and his distracting temperamental tweets.

Overall, I see the broad range holding 10s from 2.75 to 3.0 percent for much of the month and welcome you, telling me why and where I’m wrong.  Bear in 30s have traded in a 15 bp channel for most of this year; I’ll stick to that theme and sell forays towards 2.90 percent and buy against 3.10 percent. Tens aren’t singing much of a different tune, though the charts tell me 10s/30s can flatten. Fives look rich.