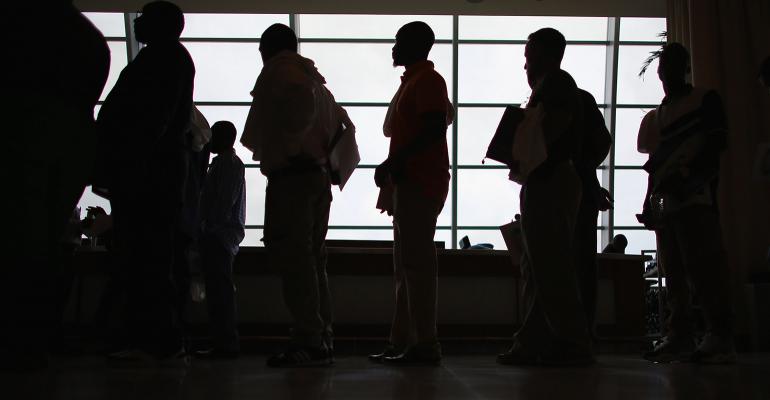 I’m writing this just after the Non-Farm-Payroll report, where I see a relatively balanced report: strong overall gain, a steady UNR on the back of a rise in the Participation Rate (which is an encouraging sign at 63 percent from 62.7 percent), while wages rise a paltry 0.1 percent.

The household employment soared by 785k. And, while Average Hourly Earnings were less than expected, at least the bulk of the workforce, production and non-supervisory pulled in a 0.3 percent gain rounded up and 0.9 percent on weekly earnings, with the uptick in the workweek. Of course, in the search for the cloud around the silver lining, I’ll point out that given year-over-year Consumer Price Index expectations of 2.2 percent, the 2.6 percent YoY AHE gain translates to a timid 0.4 percent increase in real gains.

Related: Bond ETFs on the Rise

My sense is that the market cares mostly about the wage component given what the Fed’s been on about. The overall gain, strong though it may be, is tainted by January’s large number of folks out due to bad weather who presumably returned to work in February. That was 544k in Jan. and fell to 288k in Feb. It does temper the NFP gain somewhat. But it’s the wage angle that’s on people’s front burner, as evidenced by only a modest retreat in the bond market and a mere 1 basis point gain to December Fed Fund futures—the odds for a 2.25 percent to 2.50 percent rate by year-end increased from 33.1 percent just before NFP to 35.7 percent on its release. In light of the Beige Book and other forms of Fedspeak, I’d say NFP didn’t change the narrative very much.

I’m a little bearish. Why? Well there’s an ascending triangle in 10s, and the curve might steepen given the more benign take (from a Fed perspective) on that AHE. We do enter the blackout period, so no further hawkish sentiment from them, and a March hike is fully priced in, so the front end can take a breather. Again, I’m not too bearish (just like I wasn’t too bullish); my target is 2.95 percent and 2s/10s looking at 66.5 bps. My preference for 5s vs. 2s/10s has stalled out at the bottom of a channel; so I’m now a better seller.

As an aside, did you see Canada’s NFP equivalent? A disappointing 15.4k gain after last month’s 88k drop, and 54.7k of the gain was from part-timers, with full-timers shedding 39.3k jobs.

My caveat to a sense of tame range—mildly steepening bearish skew—is the data mass; CPI, Retail Sales, Budget, NAHB, Starts/Permits, IP/CapU, U. Mich. I’m not sure how to handicap all those in aggregate other than to note that the Citi Surprise Index is showing signs that we’re not surprised with upside data right now.