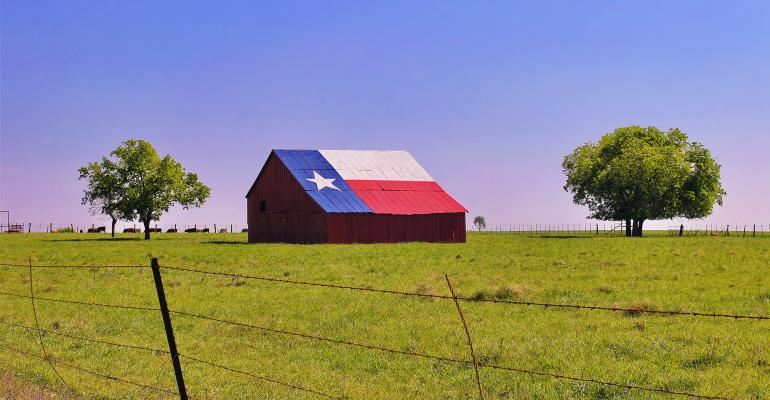 State Comptroller Glenn Hegar is demanding that more than 140 financial firms disclose their climate policies -- and whether they restrict or prohibit doing business with energy companies.

State Comptroller Glenn Hegar is demanding that more than 140 financial firms disclose their climate policies -- and whether they restrict or prohibit doing business with energy companies. The firms include private equity giants such Blackstone Inc. and Apollo Global Management Inc. and lesser-known players like Angel Oak Capital Advisors.

Hegar’s salvo follows a first round of inquiries sent last month to 19 companies, including BlackRock Inc. and JPMorgan Chase & Co. His goal: compile a list of companies that, under Texas law, are deemed to be “boycotting” the fossil-fuel industry. Firms that end up on the list will face restrictions on doing business in the state, possibly losing out on managing billions of dollars in public-pension assets, for example.

The mounting pressure in Texas reflects a broader effort by Republicans nationwide to scrutinize companies that back policies championed by many Democrats, such as reducing carbon emissions, securing abortion rights or supporting LGBTQ teaching in schools.

Republicans in states including West Virginia and Kansas have introduced legislation similar to that in Texas, which bans government agencies from investing with firms seen as cutting ties with the energy industry.

Florida Governor Ron DeSantis led a move to strip Walt Disney Co. of its special governing rights in the state after the company criticized a Florida law that limits school instruction about gender identity and sexual orientation, legislation that critics call the “Don’t Say Gay” bill.

Texas’s “boycott” initiative comes as the Biden administration along with leaders in the U.K. and European Union are advocating a net-zero emissions goal for their economies. Key to those efforts is a U.S. Securities and Exchange Commission plan that would require businesses to disclose their greenhouse-gas emissions.

The comptroller’s letter gives the firms 61 days to respond. Failure to do so “will result in the presumption under Texas law that your company is boycotting energy companies,” according to the letter.

Hegar’s effort is no solo act. The law passed in June mandates that the comptroller prepare and maintain a list of the firms. The legislation, however, gives the comptroller the discretion to determine which companies to contact. And it’s clear from the latest crop of letters, which were sent over the past two weeks, that Hegar is making a broad effort.

The list is an alphabet soup of names that include major investment banks, mutual fund firms and ETF providers that serve millions of people and manage billions of dollars, including Morgan Stanley, Goldman Sachs Group Inc.’s asset-management unit, Vanguard Group and Fidelity Investments. There are also wealth-management advisers that have a handful of clients.

Janet Dudding, a certified public accountant who is seeking to unseat Hegar, said his efforts are penalizing the industry. Hegar is up for re-election in the fall and Dudding is seeking the Democratic nomination for the race.

A spokesman for Hegar said the first round of letters was sent to finance firms that were identified as having an “umbrella-like” energy policy that indicated they may be boycotting fossil fuels. The second round focused on companies with investment offerings that appeared to withdraw from fossil fuels, he said.

The letter demands companies answer more than a dozen questions related to their environmental pledges and energy investment policies. Some firms are being asked to state whether they sell securities such as mutual funds or ETFs that carry restrictions on energy investments, and to name the securities and their ticker symbols.

In an interview last month, Hegar said he wants finance firms to be transparent in their stance on fossil fuels. Many Wall Street firms have two narratives on energy investment depending on whether they’re trying to land business with the oil and gas industry, he said.

Even so, Texas officials are making clear that their effort will have its own repercussions.

“What it means practically is Texas doesn’t want to do business from a policy standpoint with those companies,” Hegar said in a Bloomberg Quicktake interview Friday.