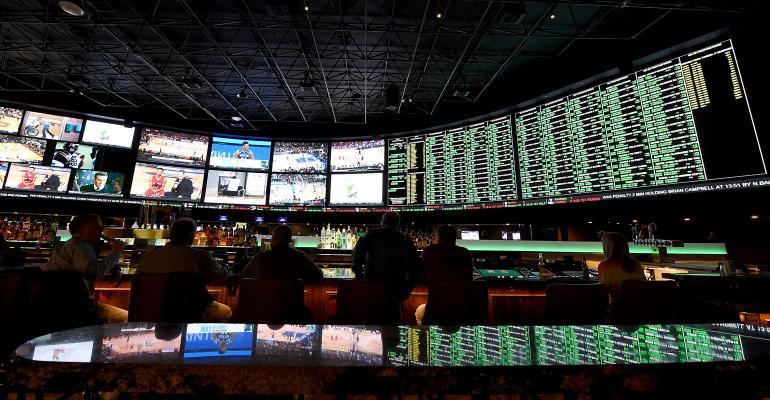 Sports Fan? There’s an ETF for That.

A new ETF tracks corporate sponsors for American pro sports, CIBC makes a wealth management move in Chicago, and how millennials use payment app Venmo (it's not just to split the check).

With the proliferation of exchange traded funds (ETFs), it may seem like there’s an ETF for everything. Add one more to the list: The ProSports Sponsors ETF (ticker: FANZ) tracks the ProSports Sponsors Index, which provides exposure to the official corporate sponsors of the major American professional sports leagues. It is the first ETF launched by SportsETFs and currently includes 66 companies that partner with professional sports leagues. Fund holdings were not listed on the company’s website nor in the prospectus. It has a management fee of 69 basis points. The ETF sponsor claims that these companies often have enough free cash flow to afford a league sponsorship or broadcasting rights. “Our research demonstrates that the typical avid sports fan is a financially responsible individual that has disposable income to spend on sports merchandise, tickets, and TV packages. FANZ seeks to provide them with access to capture the growth opportunities presented by these companies," said Jim Kozimor, cofounder and chief strategy officer of SportsETFs and announcer with the NBC Sports Group, in a statement. Yesterday, the Canadian Imperial Bank of Commerce (CIBC) announced the acquisition of Chicago-based private wealth management firm Geneva Advisors for up to US$200 million. This comes less than a month after its US$4.9 billion purchase of PrivateBancorp, also Chicago-based. As Canada’s fifth-largest lender, CIBC hopes that “acquiring Geneva Advisors will further strengthen CIBC Atlantic Trust Private Wealth Management, led by the CEO and industry veteran Jack Markwalter," said Larry Richman, Group Head, U.S. Region, and President and CEO of The PrivateBank. "This investment will add scale in key markets where we can offer clients differentiated, high-touch service." Geneva Advisors, an independent private wealth management firm focused on high-net-worth clients, has US$8.4 billion in assets under management and has approximately 100 employees. The purchase (including contingent consideration) will be paid 25 percent in cash and 75 percent in CIBC common shares. Once completed, CIBC will boast about US$50 billion in assets under administration in the U.S. on a pro forma basis.

Mobile payment apps are one of the most popular types of fintech apps on the market, but some are worried that they make it too easy for illegal transactions. According to a LendEDU study of more than 1,200 millennials who use Venmo, the most popular mobile payment app, one-third admitted that they have used Venmo to buy drugs. Twenty-one percent said they use it to pay for gambling. Venmo’s popularity makes it nearly impossible for the company to monitor everything—the app handled $7.5 billion in transactions in 2015, and $3.2 billion in the first quarter of 2016 alone. Every transaction is filed just like with a credit card, meaning those illegal purchases could come back to haunt millennials some day.