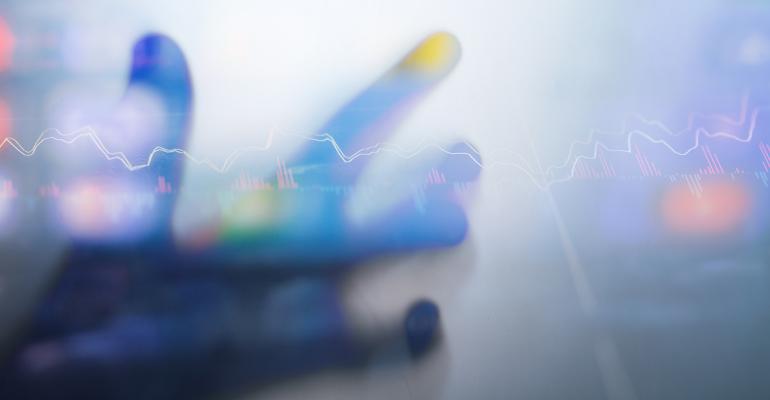 Secret-Strategy Funds Struggle to Win Fans in Their First Year

Twelve months after two American Century products became the first to launch in the U.S., the 24 funds now in existence have lured about $1 billion in flows.

(Bloomberg) -- They were a hot new thing in an industry known for innovation. But in a year when practically everything on Wall Street boomed, exchange-traded funds that hide their strategies struggled to make a mark.

Active nontransparent ETFs -- known as ANTs -- are touted by proponents as the key to sucking yet more assets from the mutual-fund world. They merge the access and tax advantages of ETFs with the magic of active management, letting stock pickers deploy their investment playbooks without fear of front-running or copycats.

Yet 12 months after two American Century products became the first to launch in the U.S., the 24 funds now in existence have lured about $1 billion in flows -- a fraction of the $676 billion that poured into all ETFs in the country in that time.

The largest ANT is the Fidelity Blue Chip Growth ETF (FBCG), which has gathered $281 million since it launched in June. That’s roughly what the VanEck Vectors Social Sentiment ETF (BUZZ) attracted in its first day at the start of March.

“I had expected there was going to be some pent-up demand for these strategies,” said Todd Rosenbluth, director of ETF research for CFRA Research. “That has not yet materialized.”

With name-brands like T. Rowe Price Group Inc. and Fidelity Investments Inc., many industry experts predicted the funds would attract existing clients, especially given the growing preference for an ETF format over the mutual fund wrapper. Others thought the pandemic would compel investors to seek out active management for help navigating the rapidly changing market.

The middling fund flows may well come down to middling performance. One of the best returning ANTs -- the American Century Focused Dynamic Growth ETF (FDG) -- is up 90% since its April inception. In the same period, the fully transparent Ark Investment Management’s Innovation ETF (ARKK) gained more than 180%.

Still, there have been signs ANTs can deliver. During the February selloff, they outperformed their fully transparent peers, with 52% topping their benchmarks, according to a note from Bloomberg Intelligence. That compares with 42% for all active ETFs.

“There’s still a little bit of shakeout to happen there,” said Sal Bruno, chief investment officer at IndexIQ. “I think these will start to gather some real traction and raise some assets.”

One issue that active nontransparent funds face are hefty expense ratios, especially since the industry overall is reducing costs. That’s especially the case for funds that track large-cap stocks, which is a big portion of the ANTs.

“There’s little demand for benchmark-aware large-cap stock picking at a cost of over 0.2%,” wrote Bloomberg Intelligence analysts Eric Balchunas and Athanasios Psarofagis in a recent note. “Expanding into other categories or lowering fees could help.”

The cheapest nontransparent fund so far is the American Century Sustainable ETF (ESGA) which charges 0.39%, while the most expensive offerings cost 0.90%.

Although the average cost for an active equity ETF is 0.72%, some active funds, such as several from Avantis Investors, charge less than 0.30%.

Another hurdle for ANT funds, as CFRA noted in a recent report, is that they aren’t widely available on brokerage platforms, limiting their use for the wealth management community.

“A lot of the major wirehouses are throwing up this smoke screen and saying we haven’t seen enough of a track record,” said Ben Johnson, Morningstar’s global director of ETF research.

Yet an increase in assets might satisfy the gatekeepers. In a recent survey of institutional investors, financial advisers and fund managers, more than 40% of respondents said they are looking for a new ETF to have least $100 million in assets before investing in it. Only five ANTs have crossed that threshold.

Marketing the new products has been made more difficult due to the pandemic lockdowns -- no networking events or in-person meetings to talk up the funds’ merits.

“It was always going to be something to educate the clients on,” said David Perlman, an ETF strategist at UBS Global Wealth Management. “With the competition in ETF space, you have to make clients aware your product is out there and it exists and convince them why they should add it to their portfolio.”

The deep pockets of ANT issuers could eventually play an important role. Companies that have licensed a non-transparent methodology collectively hold about $1 trillion in large-cap assets, and current ANT assets make up just 0.3% of the amount held by their parent firms’ mutual funds. This suggests the category has the potential to reach $3 billion by the end of 2021, according to Bloomberg Intelligence.

Investors may become more comfortable with ANTs before their second birthday. More than half of the U.S. investors in a recent survey said they would buy a semi-transparent, active ETF in the next six months.

“Those that perform well will gather assets and continue to attract attention,” said Ben Slavin, head of ETFs for BNY Mellon Asset Servicing. “The trend line continues to move in the same direction -- a cautious uptick in investor interest and adoption.”