/sites/all/themes/penton_subtheme_wealthmanagement/images/logos/footer.png
Recent
Recent
Eight Reasons Advisors Leave their Broker-Dealers to Start Their Own RIAs
Oct 20, 2021
U.S. Housing Starts Fell Last Month, Led by Multifamily Slowdown
Oct 19, 2021
11 Must Reads for the CRE Industry Today (Oct. 20, 2021)
Oct 19, 2021
Considerations for Investing in Single-Family Rentals
Oct 19, 2021
Featured
The 10 Best and 10 Worst States in Which to Retire in 2021
Jul 15, 2021
Poll: 15 Classic Books on Investing and the Markets
Apr 03, 2020
25 U.S. Markets Adding the Most Multifamily Units This Year
Feb 03, 2021
Fifteen Must-Listen Business Podcasts for Advisors
Aug 14, 2020
The Daily Brief
brought to you by 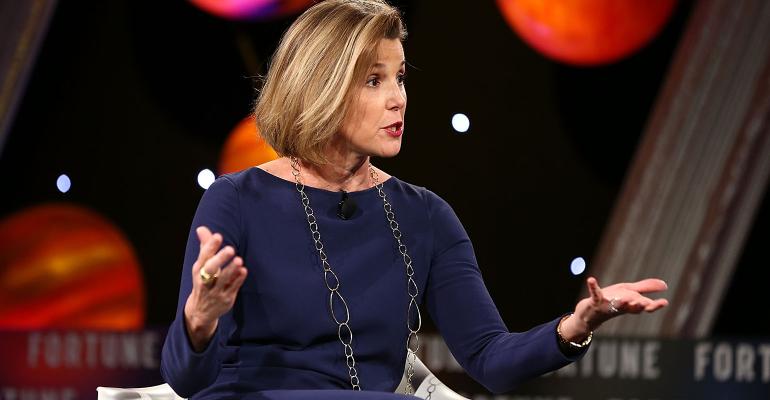 Sallie Krawcheck isn’t shying away from the gun debate, employers and investors differ on retirement and Advisor Group partners with Envestnet on a retirement account platform.

In the wake of the horrific school shooting at Marjory Stoneman Douglas High School in Florida, many current and prospective shareholders worry that they may be inadvertently supporting gun and ammunition manufacturers. Sallie Krawcheck, co-founder and CEO of Ellevest, is answering questions head-on about her robo advisor clients’ exposure to gun manufacturers. Some of the ETFs that Ellevest portfolios invest in as part of their asset allocation may, in fact, include “gun manufacturers, companies that sell guns, and companies that provide discounts to NRA members,” Krawcheck writes. But it’s a minuscule percentage of the overall portfolios. For example, investors in an Ellevest Retirement Portfolio with a 97 percent equity exposure in 2017 would have 0.01 percent of their money in gun manufacturers. And in any Ellevest portfolio, the most one could hold in gun makers would be 0.02 percent of their money. If you look at retailers that sell guns, the percentage increases to 0.47 percent of the total. “How should we at Ellevest engage on your behalf with the ETF providers?” Krawcheck asks. Strong market performance has given American workers confidence in their retirement prospects, but their employers don’t share that sentiment. A survey from BlackRock of more than 1,000 retirement plan participants and more than 200 plan sponsors found that 61 percent of participants claimed to be on track to retire and able to afford the lifestyles they want. It also found that 90 percent are confident in their overall financial situations. But employers see things differently. Companies surveyed said they expect 54 percent of their participants will have to postpone retirement, up from 34 percent in 2016. Advisor Group, one of the largest networks of independent advisors that oversee an aggregate of $190 billion, has partnered with Envestnet on a management platform for retirement accounts. The practice management tool will address a number of needs faced by advisors who manage 401(k) accounts, according to an announcement on Tuesday. The new platform includes a client dashboard and integrated CRM, a secure document vault and a plan provider RFP search tool.