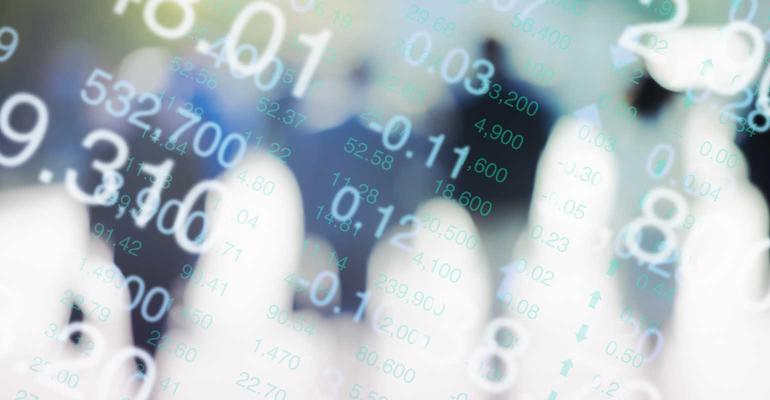 Advisors say single-stock ETFs are more appropriate for short-term institutional traders who understand the inherent risks, not for retail clients.

The Securities and Exchange Commission recently approved single-stock exchange traded funds, and some have already hit the market, including AXS Investments’ suite of eight leverage and inverse ETFs and Innovator Capital Management’s Hedged TSLA Strategy ETF. Bloomberg reports that 85 more such ETFs from 37 companies are coming.

But advisors who spoke with WealthManagement.com said they have no plans to use the new funds in their portfolios and they are more appropriate for short-term institutional traders, not retail clients.

Vance Barse, wealth strategist and founder of Your Dedicated Fiduciary, said while these funds may be appealing to short-term traders who are qualified to understand the inherent risks, “these should be avoided like the plague for the families we serve.”

“These are generally expensive. They can be remarkably volatile, lack diversification, and are far outside the risk tolerance and investment objectives for our clients,” he said. “And when I think about it, the road to Hades is often paved with good intentions, and for our clients, the best thing to do when it comes to these types of leveraged derivative products, may simply be to avoid the heat.”

“It's not a cheap way to access this,” Barse said. “As practitioners, we have to sit back and ask ourselves, ‘What is the true objective for the client, and how do we satisfy that objective?’ And ‘Is a particular instrument in the best interest of not only the portfolio's investment policy statement, but also that client as a human being?’”

A single-stock ETF tracks the performance of one particular stock as opposed to following the peaks and valleys of a certain index. These single-stock ETFs allow investors to go all in on individual companies while sticking to an ETF's typical daily reset. (The SEC previously warned that complex products committed to resetting each day may not be suited for retail customers hoping to hold products for the long term during volatile market swings.)

SEC Commissioner Caroline Crenshaw argued advisors would find it difficult to meet their fiduciary responsibilities when recommending such products, although retail investors would still be able to access the products via self-directed trading.

“I really am shocked that the SEC continues to approve products that serve little value other than to create high-fee ETF products that don’t really serve investors’ best interests,” said Ross Gerber, co-founder, president and CEO of Gerber Kawasaki Wealth and Investment Management, who has his own ETF. He’s been an outspoken investor in Tesla and computer systems design services company Nvidia, both of which are top holdings in his fund.

“The ETF business is where Wall Street’s making a ton of money,” he said. “They’re making money on spreads between the ETFs; they’re making money on administrative fees and all these other things from clients. It’s a lot more profitable than when I buy Tesla for a client and never trade it.

“This is just the ultimate in high-fee speculative products with no value," he said. "Shorting the best companies in the world two times is a really bad investment strategy.”

Most professional short-sellers, he argued, don’t even make money shorting stocks. And leverage can be very dangerous. It can be great when things are going well, he said.

“When things go south, you lose it all. And that’s the thing about leverage that most people just don’t get,” Gerber said. “I’ve been doing this for 29 years; I’ve seen so many people come and go because of leverage.”

But Gerber said he could see some utility in these single-stock ETFs if he wanted to hedge his Tesla position, for example, in front of earnings or something like that. “But it’s such a high cost way to do it, versus just buying a put.”

Alan Rosenfield, managing director at Harmony Asset Management in Scottsdale, Ariz., said he sees little advantage to using this type of product, and that leverage is not suitable for his clients. But there might be a situation where he would use it as a hedge, as long as the ETF were not leveraged, such as if a client owned so much of a certain stock that they couldn’t sell it. But that would be a rare situation, he said.

“Wall Street is very creative, and yet at the same time they're there to sell,” Rosenfield said. “And therefore when they're bringing out this kind of a thing, it's typically at the exact wrong time, and they aren't looking after anybody's wellbeing but their own. So if all of a sudden this is the greatest thing, I typically look the other way and go, ‘OK, so who's going to get screwed on this one?’”

Clint Walkner, managing partner and advisor with Walkner Condon Financial Advisors in Madison, Wis., agreed the only time he would use these type of products would be if a client had a highly concentrated stock position, and they weren’t looking to sell the shares.

“I see this as a potential disaster for traders and/or inexperienced retail investors due to not understanding the risks involved,” Walkner said. “Taking into consideration cost, complexity and goals of the product, I can see significant challenges in making an argument that using these would be in the best interest of the client.”

William Cameron, president of Third Millennium Advisors in Barboursville, Va., said there may be value in the inverse single-stock ETFs, as a way to manage single stock risk from a large holding that is basically all unrealized capital gains. Non-leverage, non-inverse single stock ETFs may also have value, if investors can get the tax benefits.

James Patton, president and CEO of Patton Albertson Miller Group in Chattanooga, Tenn., however, said the options market provides enough liquidity for any hedging needs, and options are a cheaper way to access leverage of an underlying stock.

Charles Parks, president and CEO of CF Parks Wealth Management in Salisbury, N.C., uses dividend stocks as a big part of his portfolio strategy, so he’d rather own the stock directly and reinvest the dividends. The single-stock ETF adds unnecessary complexity.

“Single stock ETFs are designed to cater to short-term traders, rather than long-term investors, so I wouldn’t expect these products to have wide-spread appeal or application,” said Don Bennyhoff, chief investment officer at Liberty Wealth Advisors. “They are a tool for leveraging and magnifying risk, rather than reducing it, so they’re unlikely to find a home in many model portfolios. Whether these new products represent ‘progress’ or not is for market participants to decide. In my opinion, however, while progress requires change, not all change is progress.”

“It is not a hard business,” Gerber said. “It’s a really simple business. You buy Microsoft and Apple and Tesla and you just keep buying it. That’s it. Any other investment advice or portfolio strategies that involve trading and get you further and further away from owning great assets over time is just a way to fleece you from your money.”