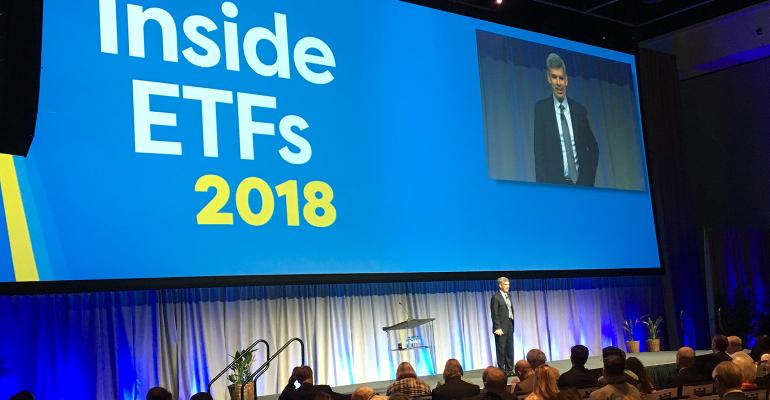 Mohamed El-Erian: We’re Not in a Bubble

But we can expect a bumpier ride, Mohamed El-Erian told attendees at the Inside ETFs conference.

We’re not in an asset bubble, but we should expect a bumpier ride in the markets this year, with more volatility, Mohamed El-Erian, chief economic advisor at Allianz, told attendees at the Inside ETFs conference in Hollywood, Fla. We’re likely to see the normalization of monetary policy, which means that one of the backstops for the markets is going to be reduced, El-Erian said.

“Clearly the [market] gains are going to have to be increasingly supported by better fundamentals,” he said. “We can’t have another year in which valuations take off, but fundamentals don’t.

“And we as a community are going to have revisit something that has served us very well, which is the assumption that Central Banks are our BFFs, are best friends forever.”

Investors can no longer expect Central Banks to always be there, providing liquidity.

He pointed to three major risks in 2018, the first being geopolitics. Markets can’t price geopolitical events in very easily. North Korea poses a risk, as does the Middle East.

The second major risk is economic.

“I have no doubt that the Federal Reserve can continue to deliver a beautiful normalization,” he said.

The risk is, what happens if all four Central Banks—the Federal Reserve, the European Central Bank, the Bank of Japan and the People’s Bank of China—try to normalize at the same time?

The third major risk is a market accident.

“A market accident comes from the significant success of certain things we’ve been talking about for the last two days—indexing, ETFs,” he said. “Some of them—a small proportion—have inadvertently overpromised liquidity to the users.”

In other words, users have assumed much more liquidity than what the underlying asset class can serve.

So how should advisors plan for these risks? Long-term investors should be guided by secular themes and structural themes, or mispricing. And in a world where the New Normal comes to an end, even long-term investors must have a tactical layer on top of these, he said.