/sites/all/themes/penton_subtheme_wealthmanagement/images/logos/footer.png
Recent
Recent
Goldman Staff Outpace Credit Suisse in Return to Office
May 24, 2022
Seven Must Reads for the CRE Industry Today (May 24, 2022)
May 23, 2022
Investment Activity in the Skilled Nursing Sector is Ramping Back Up
May 23, 2022
New York Tax-Paying Residents Were Moving Out Even Before Covid
May 23, 2022
Featured
The 10 Best and 10 Worst States in Which to Retire in 2021
Jul 15, 2021
Poll: 15 Classic Books on Investing and the Markets
Apr 03, 2020
Fifteen Must-Listen Business Podcasts for Advisors
Aug 14, 2020
Celebrity Estates: Jay Leno and Planning for Classic Car Collections
Feb 22, 2022
Pershing INSITE
brought to you by 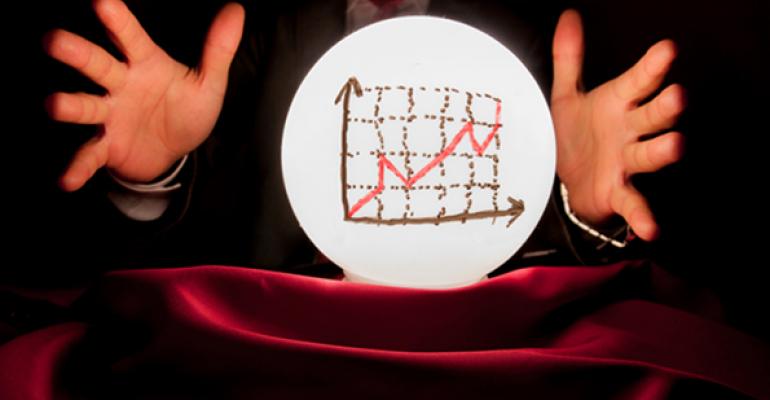 Plenty of fund managers got it wrong this year. Worried about rising interest rates, many dumped bonds and shifted to cash and stocks. That was bad timing. With rates falling, bonds outdid stocks during the first four months of the year. Other managers focused on slowing growth in China and emerging markets. To avoid trouble, the bears steered away from commodities and natural resources—just as those sectors began rallying.

Winning managers excelled by focusing on sectors such as European stocks and long bonds. Below are funds that shined—and seem poised to continue delivering top returns throughout the rest of the year.

Small caps have sunk lately. While the S&P 500 gained 2.6% during the first four months of the year, small value funds lost 0.1%, according to Morningstar. The weak performance did little to slow Al Frank (VALUX), a mutual fund that is free to own stocks of all sizes. In recent years, portfolio manager John Buckingham has been dumping small stocks and shifting to big ones.

A diehard value investor, Buckingham loaded up on small stocks during the late 1990s bull market, a time when the biggest stocks soared. The move proved on target in the years after the Internet bubble burst and previously unloved small stocks avoided much of the carnage. Now Buckingham says that large stocks have gone through a prolonged period of underperformance. “Large stocks went nowhere from 2000 to 2009,” he says. “Small stocks did very well in comparison.”

Concerned about the uncertainty in the current market, Buckingham is focused on solid blue chips that pay dividends. A holding is Apple (AAPL), which sells for a price-earnings ratio of 14, compared to a multiple of 17 for the S&P 500. Buckingham says the company has a fortress balance sheet and a proven knack for buying back shares when they are undervalued.

During the first four months, energy funds returned 8.1%, ranking as one of the top-performing sectors. The strong showing surprised many managers who figured that growing supplies would depress oil prices. According to the bearish argument, U.S. production has been climbing steadily as companies exploit the new shale fields. Demand for oil remains muted as developed economies struggle to recover from the financial crisis. But the pessimists failed to understand how global markets have been shifting, says Will Riley, portfolio manager of Guinness Atkinson Global Energy (GAGEX). “Global supply cannot keep up with demand growth,” Riley says.

Riley says that many overseas oil fields are aging. Production is slipping in such areas as the North Sea. In addition, the revolutions of the Arab Spring have disrupted fields in countries such as Syria and Libya. Meanwhile, many emerging economies continue consuming more energy. “The number of vehicles in China will grow from 100 million today to 300 million by the end of the decade,” says Riley.

Riley owns Halliburton (HAL), the oil services giant. He says that the company is a leader in supplying the systems that are necessarily for performing hydraulic fracturing in the shale fields.

Last year most market seers confidently predicted that rates would rise in 2014. For protection, investors should hold cash or short-term bonds, the pundits said. But that strategy produced scant rewards. During the first four months, short-term funds returned only 0.9%, while intermediate funds gained 2.8%. Among those who urged holding intermediate-term issues was James Kochan, chief fixed-income strategist of Wells Fargo Advantage Funds. Now Kochan is sticking to his guns. “Short-term rates could stay low for another 12 to 24 months,” he says.

Kochan says that there is simply not enough borrowing activity to push up interest rates. With housing markets sluggish, total mortgage debt is not expanding. While corporate debt is increasing slightly, the Federal government is borrowing less as the budget deficit shrinks rapidly.

Among the top intermediate choices is USAA Intermediate-Term Bond (USIBX). The fund returned 3.7% during the first four months. Portfolio manager Matt Freund is free to range broadly, picking up unloved securities. Freund bought municipal bonds last year when concerns about Detroit pushed down prices. He currently has a big stake in commercial mortgage-backed securities. Those represent pools of mortgages for commercial properties, such as offices.

Commercial mortgages were clobbered during the financial crisis, and prices remain at attractive levels, says Freund. He concedes that mortgage standards became too loose in the lending frenzy of 2006 and 2007. To avoid trouble, Freund focuses on quality mortgages that were issued in years such as 2003 or 2005, when lenders were more sober. “You can find solid assets that came before Wall Street pushed things too far,” he says.

While many foreign markets have struggled lately, European small caps have rallied. During the first four months, WisdomTree Europe SmallCap Dividend (DFE) returned 8.0%. The small stocks lagged badly during the euro crisis. In the dark days of 2011, multinationals fared relatively well because they rely on global sales. But most small stocks have only domestic customers. The WisdomTree fund got a special boost from its big holdings in Italy and Spain. Those troubled countries rallied sharply when it became clear that they would avoid collapse.

Dennis Hudachek, an analyst for ETF.com, argues that the WisdomTree fund offers a convenient way to bet that the European revival will continue. “If the economies keep growing, small caps should do well,” he says.

Have European small caps become too rich? Probably not. The WisdomTree ETF has a forward price-earnings ratio of 15, compared to a figure of 19 for iShares Russell 2000 (IWM), a popular U.S. small-cap choice.