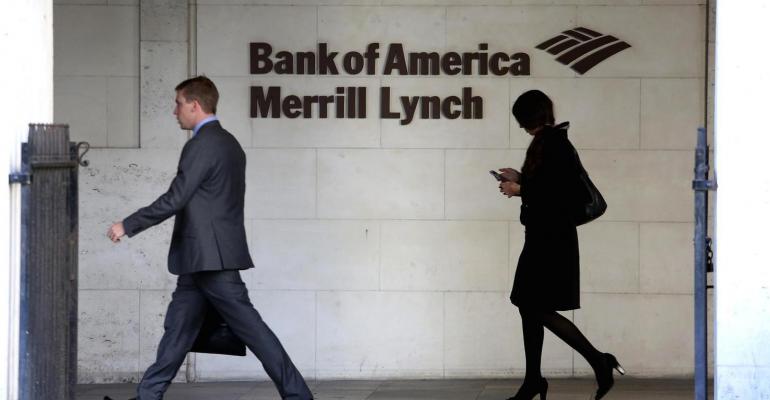 The passive strategies are intended to “democratize” impact investing as investor interest in ESG products grows.

Bank of America introduced five new model portfolios on Wednesday that adhere to Environmental, Social and Governance factors. The portfolios will be available to Merrill Lynch and Merrill Edge clients.

The new Core Impact Portfolios, constructed by the Global Wealth and Investment Management group’s Chief Investment Office, are passive and primarily consist of exchange traded funds. They include a range of strategies from conservative to aggressive, and the minimum investment required is $5,000.

“This is largely about democratizing the access to impact investments,” said Jackie VanderBrug, the co-head of impact investing for Merrill Lynch and U.S. Trust.

ESG investments are gaining traction in the U.S. There was $8.72 trillion invested in impact-related investments at the start of 2016, up 33 percent from 2014, according to the Forum for Sustainable and Responsible Investment.

Money is expected to continue to flow into impact investments over the next two to three decades and account for roughly $15 to $20 trillion, but that’s assuming millennials act on their appetite for them. Approximately 90 percent of the generation’s members say they either engage in ESG investment strategies or want to, according to Bank of America Merrill Lynch Global Research.

VanderBrug said the bank as a whole has been dedicating resources to impact investments and that the Core Impact Portfolios are the start to providing something investors want.

“I think it's great that platforms like Merrill Lynch are starting to respond,” said Kate Starr, the chief investment officer at Flat World Partners, which helps family offices, foundations and wealth managers with due diligence, strategy and building impact portfolios.

Starr said most impact investors aren’t cherry-picking companies they do or don’t want to be invested in, and the Core Impact Portfolios give them another easily accessible investment option. The new portfolios are out-of-the-box ready and designed to be a strategy as a whole. Advisors and self-directed investors can’t customize them.

For Starr, that is one drawback of only offering five model portfolios—it’s a short list of choices for investors who don’t have enormous portfolios. For example, a family office, foundation or endowment is more likely to have enough investable assets to warrant using separately managed accounts to tailor its desired impact themes.

Customization at an affordable price point is still to be desired.

However, assuming proper due diligence was done on the model portfolios, Starr added that most self-directed investors would probably be better off with the models than patching together impact funds. Unlike professional managers, self-directed investors might not be aware that some of the funds or ETFs they select may overlap, leaving them overweight in certain companies or sectors, she said.