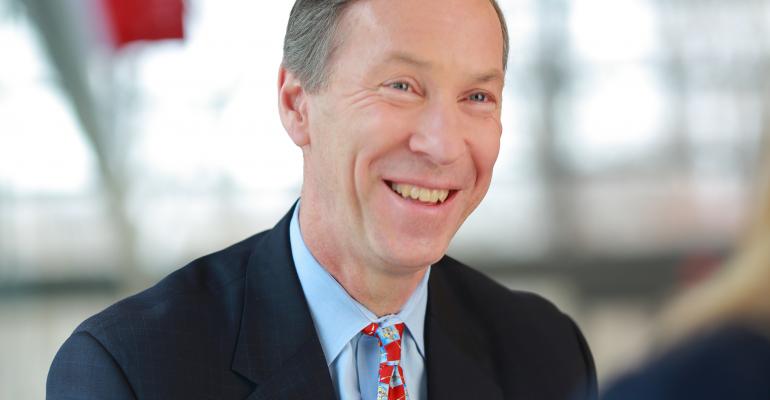 Bill McNabb is looking at you, CFAs.

The increased "professionalization" of the industry has fueled the growth of low-fee passive funds over actively managed offerings, according to McNabb.

If he's correct -- and the numbers seem to back him up -- then the thinning of the active-management herd in recent years should augur a rebound in performance by those who eschew index tracking, albeit at lower fees than they've enjoyed in the past.

The explosion in the number of investors holding the coveted CFA qualification has created an increasingly crowded space of professionals all trying to beat the market, McNabb told a conference organized by the Wharton School at the University of Pennsylvania last month.

McNabb pointed out that about 68 percent of investor funds are now professionally managed. That compares with less than 20 percent in 1963, the year that the CFA qualification was introduced -- not a coincidence, McNabb suggested.

There were 284 candidates for the first CFA examinations in 1963. In just the past decade, the number of holders of the qualification has climbed by 76 percent, with more than 140,000 investment professionals now certified by the program, according to the CFA Institute. It's clearly a good thing for the industry's overall professionalism that more practitioners are qualified.

But, according to Wharton's report on the event published last week, McNabb suggested the increase makes it harder for active managers to produce the kinds of exceptional returns that have typically justified much higher fees than index trackers charge.

The shift to passive funds from their active counterparts has been relentless. U.S. investors withdrew money from active managers for 33 consecutive months through December, according to figures compiled by Morningstar. Passively managed funds attracted almost $505 billion in 2016, compared with outflows of $340 billion from active funds.

Vanguard founder Jack Bogle said last month that the share of mutual funds under passive management could grow to as much as 45 percent within five years. "The record shows that most managers, if not all, cannot consistently beat the stock market," Bogle told Bloomberg Radio on March 20. "How could they? They are competing against each other."

Bogle pioneered low-cost index funds, growing Vanguard into the world's largest mutual fund company managing more than $4 trillion of assets. The difference in what it charges on average for its services compared with competing investment products has played a significant role in that growth.

McNabb argues that too much money chasing too few returns is at least partly responsible for 80 percent of active funds failing to beat their benchmarks between 2007 and 2016.

If that's correct, the disappearance of almost half of all actively managed U.S. equity funds in that same period should mean better opportunities ahead for outperformance by the surviving 2,223 funds. But the growth of the passive industry means they're unlikely to be able to charge the fees they've become accustomed to -- thus ensuring the longevity of the revolution Bogle has fomented in money management.


Mark Gilbert is a Bloomberg Gadfly columnist covering asset management. He previously was a Bloomberg View columnist, and prior to that the London bureau chief for Bloomberg News. He is the author of “Complicit: How Greed and Collusion Made the Credit Crisis Unstoppable.”