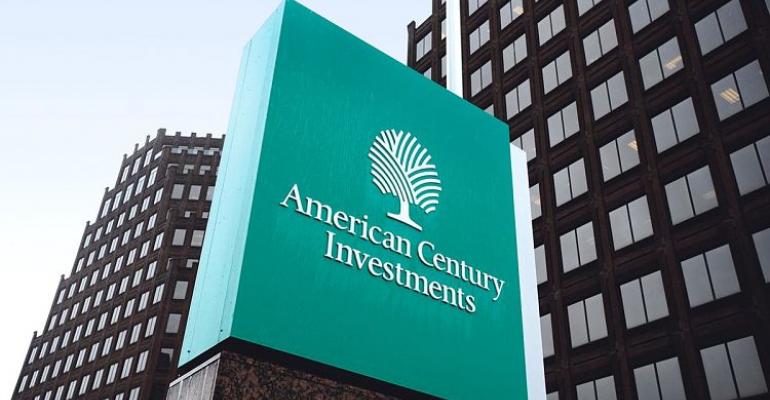 Two offerings from American Century -- one focused on growth, the other on value -- begin trading Thursday.

(Bloomberg) -- A new type of exchange-traded fund is debuting after more than a decade of being touted by the industry as the next big thing, testing appetite for actively-managed funds in the midst of historic volatility.

These so-called non-transparent ETFs allow issuers to hide holdings, easing the way for stock pickers to pursue their strategies without the fear of rivals copying their plans or frontrunning the trades. Two offerings from American Century -- one focused on growth, the other on value -- begin trading Thursday.

Whether that timing is a disaster or fortuitous isn’t yet clear. Traditional investing wisdom holds that active managers tend to shine during sell-offs and other periods of volatility because they can identify outperformers. But early indications amid the panicked selling spree last month showed U.S. and European funds led by active money managers trailed broader indexes, according to Bernstein Research.

“Hopes are high, but the challenge is immense,” said Eric Balchunas, an ETF analyst at Bloomberg Intelligence. “We’re probably going to see some hits here and there, but largely I think these are going to struggle. A lot of advisers just aren’t looking at stock picking.”

Proponents have long touted the new ETF structure as a way for the industry to compete with mutual funds, which don’t have the same requirements to disclose their secret sauce. Roughly $7.2 trillion in mutual fund strategies may ultimately work within the new types of ETFs, according to analysts at JPMorgan Chase & Co., which may also issue these products.

The American Century funds use a structure licensed from Precidian Investments that was approved by regulators in May. It allows issuers to publish their holdings once a quarter, instead of daily, and calculates the indicative value of the ETF’s assets every second to help the fund’s price stay in line with the value of the securities it holds.

But working against the new ETFs is a move away from active investing in general. During the past decade, U.S. equity active funds have lost about $1.4 trillion, while their passive counterparts like index mutual funds and ETFs gained about $1.6 trillion, according to data from the Investment Company Institute and Bloomberg Intelligence.

Even before the current market rout, only 29% of active managers outperformed benchmarks from late 2018 through mid-February, according to data compiled by Morningstar.

While that challenge for active funds has long been known, the market rout of the past six weeks has been almost unprecedented in its speed and severity. The S&P 500 Index fell as much as 34% from its record Feb. 19 and is down more than 23% year to date.

Market volatility means active managers could have the chance to outperform during the turmoil, but many investors may be too worried to jump into the fray amid daily moves that have averaged almost 5% since the end of February.

“When markets go down, indexes are at a disadvantage,” he said. “Active managers are trying to get rid of those quote-unquote ‘bad stocks.’ Active management in periods of stress tends to outperform.”

But the premise that stock pickers can limit losses has been thrown into question during this sell-off. U.S. funds led by active money managers trailed the main indexes by 1.3 percentage points from the end of February through March 25, according to Bernstein Research. Peers in Europe were 3.3 points behind.

Even before the current market volatility, there were questions about demand for active non-transparent products. Investors are rarely looking for more mystery in their holdings. These ETFs also have a higher expense ratio than their passive peers.

“The industry collectively is going to be watching this,” said Todd Rosenbluth, head of ETF and mutual fund research at CFRA. “It’ll be important to see out of the gate how these products function and whether there is demand in the coming months.”