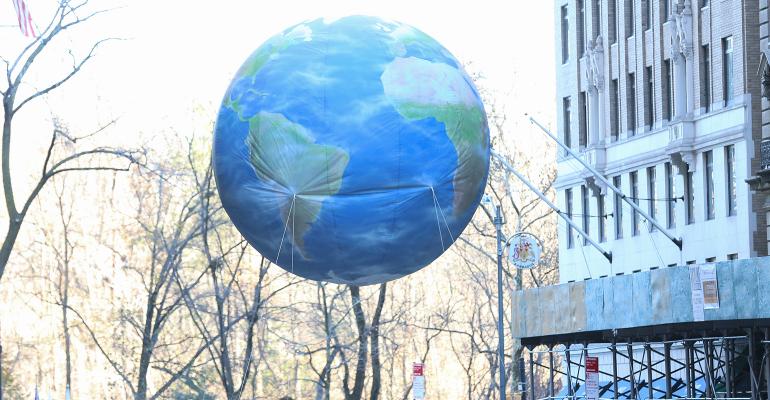 The world celebrated Earth Day on Thursday, and in conjunction, Morningstar released its first global report on climate-focused funds. The report found that global climate-themed fund assets nearly tripled in one year to $177 billion in total assets as of December 2020. The report addresses products from Europe, the U.S., Canada and Asia Pacific.

“Over the past year, a broad consensus on the need to address climate risk in investment portfolios has emerged,” the report stated. “A group of 73 asset managers representing more than a third of assets under management globally have signed the Net Zero Asset Managers Initiative. They have committed to supporting the goal of net zero greenhouse gas emissions by 2050 or sooner and also to supporting investing aligned with the net zero target. At the same time, more investors see the green transition to a low-carbon economy as an investment opportunity. Asset managers are therefore rapidly developing new risk-management solutions, launching innovative products, and retooling existing ones to help investors decarbonise their portfolios and invest in green solutions.”

As of the end of last year, there were 400 mutual funds and ETFs globally with climate change as a key theme, and last year saw a record number of new launches, at 76. Morningstar said Europe was the leader, with the 282 climate-aware funds and $136 billion in assets, followed by the U.S., with 42 funds and $21 billion in assets.

In the U.S., the pandemic has intensified the demand for ESG investing at large, Bloomberg reports. The publication cites a recent Citigroup analysis that found that ESG stock ETFs will have more than $1 trillion in assets by 2030.

Vanguard announced that John Hollyer, principal and global head of Vanguard’s fixed income group, will retire at the end of June, after 32 years with the firm. Sara Devereux, global head of rates, will succeed Hollyer.

Hollyer has been at Vanguard since 1989, and was named global head of fixed income in 2017. The asset manager’s bond group boasts more than $2 trillion in assets, and it has more than 115 active and index bond funds in the taxable and tax-exempt markets, as well as its money market funds.

Devereux joined from Goldman Sachs in 2019, where she specialized in mortgage-backed securities and structured products.

ETF.com released the results of its annual awards program this week, and many of the winners were active exchange traded funds, despite the fact that these account for just 3.5% of the U.S. listed ETF universe, according to Todd Rosenbluth, director of ETF and mutual fund research at CFRA.

Cathie Wood’s infamous ARK Innovation ETF (ARKK) took home the award for ETF of the Year. Wood’s fund was up 150% and took in $9.6 billion in net inflows in 2020. CFRA has given the fund a five-star rating.

TrueShares also walked away with an award, with its TrueShares ESG Active Opportunities ETF (ECOZ) winning for Best New ESG ETF, beating out iShares and Vanguard in this category, despite having just $10 million in assets at the end of 2020.

Green, who has more than 50,000 followers on Twitter, has been an outspoken critic of passive investing.

“But the move isn’t a break for the 50-year-old Californian so much as a continuation,” writes Bloomberg. “Like his former employer, hedge fund Logica Capital, Simplify uses options in active strategies to help investors ride the upside while guarding against crashes. For Green, that’s the best way to navigate markets he says are dominated by eye-watering asset prices vulnerable to a spectacular fall.”

Simplify made its first foray into ETFs in September, launching the Equity PLUS Convexity suite of funds. The firm now has $250 million in assets. Green told Bloomberg the asset manager has an aggressive launch plans, with new funds coming as early as next month.

In February, the firm brought on Harley Bassman, who’s known in the industry for his investment commentary “The Convexity Maven,” as managing partner.