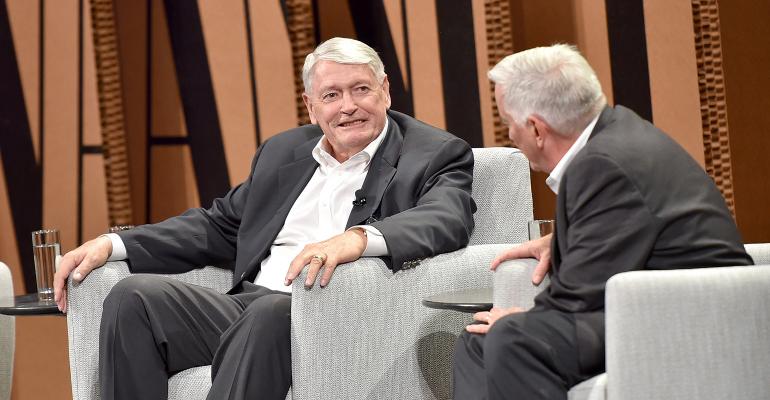 Confused by the Cable Cowboy? There's an ETF for That

A new ETF by Gamco Investors to track John Malone's constellation of companies.

By Leila Abboud and Elaine He

(Bloomberg Gadfly) --The mania for exchange traded funds has gone so far investors can pick ones with themes as arcane as whisky, obesity and millennials. Now add John Malone, the cable cowboy, to that list.

If it's to prove more than a gimmick, Gabelli will have to convince investors the fund is a better way to bet on Malone rather than buying the individual shares -- and persuade them to pay a fee three times higher than most ETFs. But unlike fellow billionaires Carl Icahn or Vincent Bollore, he's never unified all of his companies in one publicly traded vehicle. The inveterate dealmaker uses the sprawling structures to facilitate M&A, amass debt, and gain tax advantages.

An investor who wants to bet on Malone has to do the work to figure out which of the roughly 30 companies and tracking stocks to buy. The effect can be dizzying, as this graphic shows. But there can be wide variations in the performance of the disparate parts of his empire. For example, the tracking stock for Liberty Global's Latin American business is down almost 50 percent this year. Charter Communications Inc. is up 40 percent.

With that in mind, Gabelli will actively manage the holdings, much as a mutual fund would. According to Christopher Marangi, Gamco's co-chief investment officer, the Gabelli Media Mogul ETF won't necessarily own all Malone's companies and could even short them to arbitrage difference in the way individual securities are priced.

But these kind of active ETFs have struggled to gain traction. They account for just 1 percent of the $2.4 trillion market. That's in part because investors are put off by their high fees: 0.6 percent annually, compared with 0.3 percent for traditional ETFs that track indexes, according to Bloomberg Intelligence analyst Eric Balchunas.

There's no question betting on Malone has led to out-sized returns in the past. His investments center around broadband and cable networks, which are increasingly valuable in our bandwidth-hungry times, and the content to put through them. Malone has also expanded into live events, with stakes in Live Nation Entertainment Inc. and Formula One motor racing -- things that can't be replaced by a Netflix subscription.

Gabelli will need to prove its active management justifies the fees. Some investors may prefer to make their own choices. But for the lazy or less experienced, the ETF is an imaginative starting point.

Leila Abboud is a Bloomberg Gadfly columnist covering technology. She previously worked for Reuters and the Wall Street Journal.