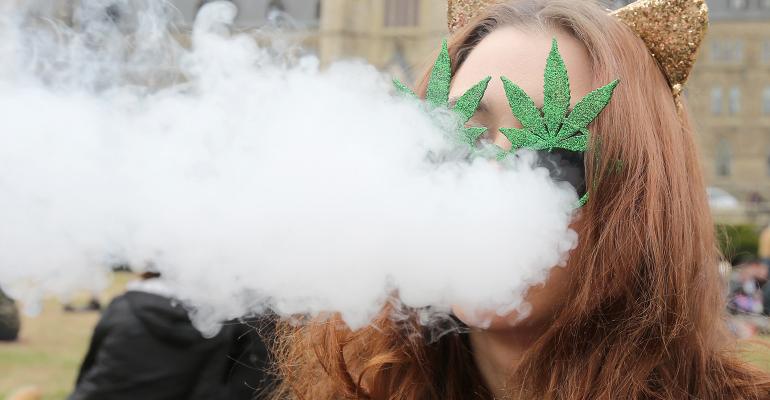 A Cloudy Future for Pot ETFs

Investors may be high on cannabis ETFs, but an unpleasant comedown may be on the way.

Investors are high on marijuana ETFs, but the whiff of legalization may be clouding their judgment.

There are three marijuana ETFs listed in the U.S . and six in Canada, where pot is fully legal. The biggest U.S. cannabis ETF, ETFMG Alternative Harvest ETF (MJ), has assets of $1.07 billion, according to Morningstar. Its biggest holding, GW Pharmaceuticals PLC, currently trades at over 100 times revenue and has been as high as 300 times revenue. 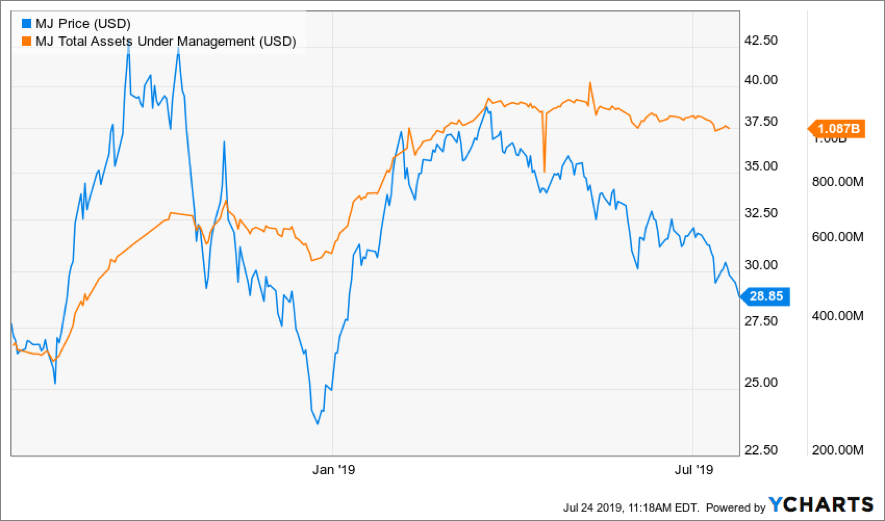 “Valuations are out of line with reality,” says Ben Phillips, chief investment officer at money manager EventShares, which is based in Newport Beach, Calif. “We compare them to the early stage of tobacco or other agricultural products. There is some outsized growth early, but when the product becomes commoditized people are no longer willing to pay 50 to 100 times revenue for something worth two to four times.”

(Edit note: Since this article was reported, two additional ETFs were launched in mid-July: The Cambria Cannabis ETF (TOKE), which, at a net .42 basis points, could be the cheapest actively managed pot ETF in the market, and Amplify Seymour Cannabis ETF (CNBS), managed by long-time cannabis investor Tim Seymour).

In the U.S., just 11 states plus Washington, D.C., have legalized weed for recreational use. “The main concern is that this is a very immature industry,” says Daniel Straus, vice president of ETFs and financial products research for National Bank of Canada. “Much of the market is acting based entirely on speculative growth cases, ranging from optimistic to improbable.”

Given that many cannabis companies have no earnings, it’s difficult to value them. Phillips thinks 20% to 30% of them won’t be in business five years from now.

While more U.S. states will likely jump on board the legalization train, the speed and breadth of the movement are uncertain. Meanwhile, federal law continues to prohibit marijuana use. It will probably take five to 10 years before legalization at the national level is seriously discussed, Phillips says. “The government needs a crisis or deadline to act, and there’s neither.”

The federal illegality of marijuana makes it difficult for cannabis companies to get banking services, because banks don’t want to lose their federal charter. “No bank is willing to deal with them,” Phillips says.

“The reason it’s called weed is because it grows,” Phillips says. “It’s four months from planting to end production. That pressures the entire supply chain margin.”

Investing in marijuana via ETFs is something of a fad. Investors have become enamored with the benefits of ETFs, and “the halo effect rubs off on very speculative, narrow industries, such as cannabis, robotics, genomics and cloud computing,” Straus says. “For every trend that comes along, there’s an ETF that follows, but the industry is likely to be very volatile.”

To be sure, he sees cannabis ETFs as appropriate for some investors willing to take on the risk.

But purchases won’t come cheap. The three U.S. pot ETFs have an average expense ratio of 0.75% compared with 0.53% for the U.S. ETF universe as a whole.

Many cannabis ETFs are small and vulnerable to delisting, Straus points out. That’s not a rosy investment scenario. Best advice for investors? Be careful what you smoke.