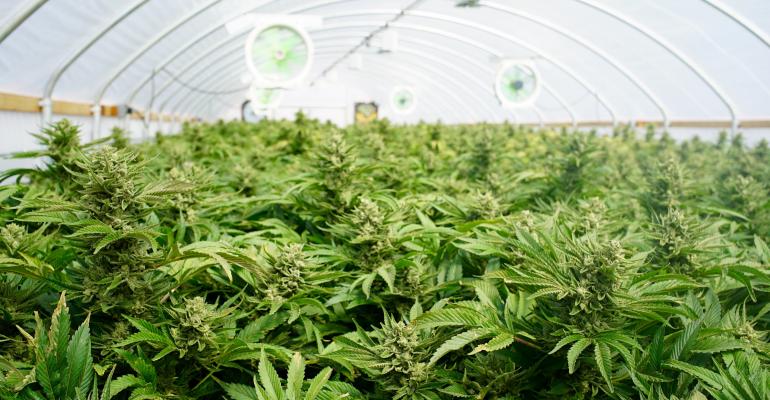 An Advisor's Guide to the Cannabis Industry

Investors looking to take a flyer on the “budding” industry need to understand that risks go up when companies “touch the plant.” Safer plays are further down the supply chain.

Cannabis has been legalized for medical use in 29 states and approved for recreational use in eight, and market observers, including the majority of financial advisors, believe it is only a matter of time before its national prohibition comes to an end.

That means we are witnessing the birth of a new industry, akin to what happened after the ban on booze ended in 1933. That led to a $200 billion business in the U.S., according to the Beverage Information Group. The fact that pot could be on a similar trajectory—Cowen & Co. predicts $50 billion in annual legal sales by 2026, up from $6 billion currently, for both recreational and medical use—makes investors take notice and look for ways to get in early.

But there is early, and there is too early. An uncountable amount of speculative money is flowing through a seemingly endless number of start-up firms, investment pools and penny stocks, many of which will go up in smoke. “I track 550 companies, and about 90 percent of them are frauds,” says Alan Brochstein, Houston-based publisher of 420 Investor, a marijuana investment publication. “Even if the companies are real, they’re unlikely to make it.”

If it feels like the Wild West, it’s largely because cannabis is still considered a Class 1 drug, like heroin, and is illegal under federal law. That prevents banks and other larger financial institutions from providing investment capital or even a payments infrastructure behind the “budding” industry, and invites a fair number of outlaws, reckless money managers and fly-by-night stock operators looking to make quick profits.

Related: How Advisors Feel About Investing in Marijuana

To top it all off, Attorney General Jeff Sessions’ recently signaled he would not shy away from enforcing marijuana prohibition from the national level, even if it trumps state laws, throwing new fears into many industry players accustomed to the previous administration’s willingness to let states decide how the plant should be regulated. “Our nation needs to say once again that using drugs is bad; It will destroy your life,” Sessions said in a speech to law-enforcement officials in March, according to Bloomberg. “I reject the idea that we’re going to be better placed if we have more marijuana. It’s not a healthy substance, particularly for young people.”

The total number of cannabis companies in the U.S. and Canada has approximately quintupled since 2014, when Colorado and Washington State legalized recreational use of marijuana, says Scott Greiper, president of Viridian Capital Advisors, a financial advisory firm focusing on the cannabis market. The Viridian Cannabis Stock Index, which includes 50 companies, soared 236 percent last year.

“It reminds me of the tech sector when people were throwing money around in the late 1990s,” says Chris Walsh, editorial director of Marijuana Business Daily in Denver. “Some of the companies were terrific, and some weren’t even generating revenue and couldn’t explain what they did in plain English.”

If a client is not to be deterred, however, there are some guidelines that may increase the chances of a positive return. Experienced money managers say they can hedge their risk by first considering the legal exposure of the companies they are investing in. That’s best determined by where those investments sit in the “chain of production,” so to speak.

The two sectors of the marijuana market that have received the most capital investment, about 70 percent of the total, over the last two years are biotechnology and real estate, Greiper says. “That makes sense,” he says. “The highest value for cannabis plants—both socially and business-wise—is in medicine. Biotechnology represents the pharmaceuticalization of the cannabis industry.”

As for real estate, “it all starts with the growing,” Greiper says. “As new states legalize, there is a larger population of consumers that can buy. You have economies of scale that matter.” Larger pools of capital are entering the market to support larger growers, and they are demanding better operations. “It’s going from a cottage industry of growers to a more industrial scale,” Greiper says.

The first-ever cannabis REIT, Innovative Industrial Properties (IIPR), went public in December 2016 but has posted a -12 percent return since. The company, which buys industrial agriculture facilities leased to medical marijuana growers, is perhaps a victim of bad timing, given the perceived change in enforcement, but may be well placed if more states legalize medicinal and recreational use.

Experts say companies growing and distributing the plant itself will provide potentially the highest returns, but also have the highest risk due to the capricious nature of legal enforcement. “The political climate can change overnight,” says Danny Davis, managing partner at Convectium, a cannabis branding and packaging company. “Everyone is trying to get from seed to oil or bud to customer, but there’s a lot of stuff that goes on in the middle.”

For this reason, not many companies that actually touch marijuana trade publicly, Walsh notes, referring to retailers, cultivators and manufacturers of cannabis-infused products. The few exceptions are biopharmaceutical companies aimed at discovering and developing cannabinoid-based prescription medicines, and are largely centered on medicinal applications. Many are based in Canada—some trade on U.S. exchanges.

Getting further away from the plant itself is perhaps a safer bet on pot. “There’s a lot of opportunities that don’t touch the plant,” says Frank Manganella, a 30-year veteran of the financial services industry and a principal at Dune Road Associates, a consultant for cannabis companies. Manganella looks to invest in management companies that own the land on which the plant is grown. “There’s slightly more safety,” he says. What’s more available is companies providing services to the cannabis industry or consumers, such as greenhouse builders, lighting-technology providers and “cannabis-adjacent” companies that would benefit from legalization.

At the very broadest, the ScottsMiracle-Gro Company (SMG) is a producer of consumer lawn and garden supplies that could benefit from a bump in agricultural demand; the lawn-care company is betting big on the future of pot and investing $500 million in small manufacturers of equipment for marijuana growers.

ScottsMiracle-Gro CEO Jim Hagedorn told Forbes magazine that the opportunities for marijuana, given the pace of legalization, is “the biggest thing I’ve seen in lawn and garden. I came back [to the office] and I told everyone, 'We're doing it. If you don't like it, leave.' We're doing it. It's beyond stopping. And we're not getting into pot growing. We're talking dirt, fertilizer, pesticides, growing systems, lights. You know it's a multibillion-dollar business, and we've got no growth in our core."

One of ScottsMiracle-Gro’s first purchases was Black Magic, a manufacturer of hydroponic growing supplies. The firm placed a 30-second advertisement during last year’s NBA finals broadcast. You can buy the hydroponic equipment and Black Magic’s potting soils at some Home Depots.

A more pure play in that space may be Aero Grow International (AERO), another small-scale player in pot-friendly gardening equipment (ScottsMiracle-Gro owns 80 percent of Aero).

Microsoft (MSFT) entered a partnership last year with start-up software company Kind to offer software that tracks marijuana plants from seed to sale. The more cynical advisor might even look at giants like Phillip Morris (PM), betting they’ll eventually muscle out the competition if cannabis is legalized.

As the largest manufacturer of marijuana in Canada, Canopy Growth “is well positioned to benefit from the growing medical cannabis industry” there, she writes. And many expect Canada to legalize recreational cannabis by July 2018.

Kush, based in Santa Ana, California, makes packaging products and other accessories for marijuana. “We believe the company offers unique exposure to the rapidly growing cannabis industry,” Azer writes. “Revenues for the company doubled in 2016, and we see a long runway for growth.”

Still, the vast majority of publicly traded cannabis companies reside in the over-the-counter securities market, where reporting and regulatory requirements are less strict. Recently there have been a number of penny-stock companies coming onto the market offering to bring Bitcoin payment solutions to the industry, filling the void left by commercial banks that can’t offer payment processing given the state-by-state patchwork of legality.

According to Steve Gormley, managing partner at private equity firm Seventh Point LLC, many of these companies resort to “toxic financing,” or issuing convertible debt under very onerous terms, just to keep the doors open, and often falling prey to shady investors looking to manipulate the company’s share price.

ETF Managers Group announced in February that it’s forming the first cannabis ETF, Emerging Agrosphere, which will be listed on the NYSE Arca (no ticker symbol has been announced yet). The performance of the Viridian index over the past year has been broadly positive—proving only that even in cannabis land, there is no such thing as a bad back test. Manganella maintains that “the companies are [crap],” an opinion shared by Gormley, who points out that many of the companies involved are Canadian, a euphoric market many consider in a cannabis bubble, or “a gold rush based on hype,” according to Gormley.

The best marijuana investments may in fact not be available to average retail investors, but rather through private placements. “Cannabis, like almost every industry that captures public attention, has its best opportunities in the private sector,” says Troy Drayton, CEO of The Arcview Group, a marijuana investment network based in San Francisco. “In the public realm, you get a lot of pump-and-dump, with thinly traded penny stocks. Companies are more motivated to sell their stock than their product.”

Gormley too recommends steering clients away from publicly traded companies altogether. “The challenge financial advisors face is finding qualified investment opportunities that will provide an interested investor with a foothold in cannabis and, more importantly, a network within the industry itself. I wouldn’t advise most clients to get in until the drug is rescheduled. I don't see how a financial advisor would have the wherewithal to sell a marijuana deal to even a moderately cautious investor.”

In truth, most of the money currently invested in cannabis is from a small group of investors, according to Davis—a true “grass” roots movement. The biggest investors? Family offices, where privacy is paramount. Many don’t want cannabis-related companies tainting their traditional portfolios, or public image, but are still intrigued by the possibilities of pot. “They are more bold,” Manganella says.