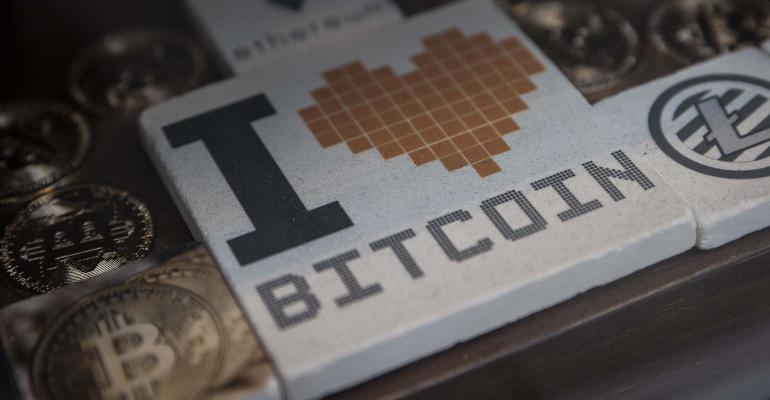 The Securities and Exchange Commission recently killed the best chance investors have had so far to see the approval of a spot Bitcoin ETF, when it rejected applications from Grayscale Investments and Bitwise Asset Management.

The regulators said the ETF sponsors had not proved that crypto exchanges had a "comprehensive surveillance-sharing agreement with a regulated market of significant size" to prevent fraud and manipulation.

Related: Grayscale Suing SEC After Its Bitcoin ETF Is Rejected

Within minutes of the ruling's release, Grayscale CEO Michael Sonnenshein tweeted, "We've filed a lawsuit against the SEC."

While it's not typical for a company to sue its regulator, it's not unheard of either. In the meantime, like the Holy Grail, the spot Bitcoin ETF seems as elusive as ever.

"It's clear now that the SEC won't approve any spot Bitcoin ETF until they have regulatory oversight of crypto exchanges. That's the main takeaway from the ruling," said Nate Geraci, president of The ETF Store, an RIA in Overland Park, Kan., which manages $200 million. He said comments over the past year by SEC Chair Gary Gensler show he believes the crypto market is the Wild West with a significant lack of investor protections.

We’ve filed a lawsuit against the SEC. $GBTC

Since 2016, the SEC has rejected 16 spot Bitcoin ETF applications. Currently WisdomTree, Ark 21Shares and Van Eck have pending applications in front of the commission.

Grayscale wanted to convert its Grayscale Bitcoin Trust (GBTC), the first and largest Bitcoin investment vehicle in the U.S., into an ETF. Launched in 2013, it currently holds $12.3 billion in assets and 3.3% of all the Bitcoin in circulation, according to the firm.

In an ETF, the share creation-and-redemption process allows traders to arbitrage the difference between the net asset value of the underlying holdings and the share price, keeping the price close to the NAV; currently, the fund trades at a 31% discount to the assets inside. Current shareholders would have realized that gain should the fund convert to an ETF.

But the basis for Grayscale’s lawsuit is that the SEC has previously approved ETFs that hold Bitcoin futures.

"We believe that approval of Bitcoin futures ETFs, but not Bitcoin spot ETFs, is “arbitrary and capricious” and “unfair discrimination,” in violation of the Administrative Procedure Act and Securities Exchange Act of 1934," a Grayscale spokeswoman told WealthManagement.com.

The '34 Act governs the ability of Bitcoin ETFs to be listed on national securities exchanges. The APA requires regulators to treat like situations similarly, absent reasonable justification for disparate treatment.

"Given that both types of ETFs are priced based on the same underlying Bitcoin market, we believe the Appellate Court will understand and appreciate these straightforward arguments," said the spokeswoman.

"It's not a frivolous lawsuit," said James Seyffart, ETF analyst at Bloomberg Intelligence. "Grayscale is an underdog, but it wouldn't be a stunning situation if they were to win. Bloomberg thinks they have a 40% chance."

Legal heavy hitters working with Grayscale, such as former U.S. Solicitor General Donald B. Verrilli Jr. shows the case has legs. Verrilli filed the petition with the U.S. Court of Appeals for the D.C. Circuit.

"There are a number of different avenues here," said Seyffart. "One is Grayscale wins the lawsuit and is able to convert GBTC to an ETF before spot Bitcoin ETFs are approved under the current process." The case is likely to take anywhere from nine months to two years.

"Grayscale’s timeline is shortened because we bypass one level of the court system and go directly to the D.C. Circuit Court of Appeals due to the fact that the petition concerns a federal agency," said the spokeswoman.

Seyffart said if crypto markets become federally regulated, it's possible that another spot Bitcoin ETF could be approved before this lawsuit is settled because things are constantly changing at the SEC and the Commodity Futures Trading Commission. He added congressional action is possible with a crypto bill from U.S. Sens. Kirsten Gillibrand (D-N.Y.), and Cynthia Lummis (R-Wyo.).

Advocates say a spot Bitcoin ETF is important because investors want exposure and it's easier for their advisors to put the cryptocurrency into their current workflows in an ETF structure.

Currently, all available options are subpar. GBTC trades at a huge discount and charges a 2% management fee, double the expense ratio of futures Bitcoin ETFs. If investors buy Bitcoin on a crypto exchange they pay steep fees including a 1.5% commission. It's then held in a crypto wallet where they risk losing the password. They can buy a futures Bitcoin ETF, which might not track the spot price and has the cost of rolling over each month, or crypto ETFs, which hold stocks of publicly traded companies adjacent to the crypto universe.

They can also invest in separately managed accounts run by firms such as Eaglebrook Advisors.

Bitwise, which manages $1 billion in crypto assets and recently launched its own SMA, plans to respond to its ETF rejection with research to answer the SEC's issues.

"In the meantime, the industry isn't going to stop trying to launch a spot Bitcoin ETF," said Matt Hougan, chief investment officer at Bitwise.  "And it's not going to stop other ways of opening access to crypto markets. I suspect this will increase interest in SMA type solutions, which fill part of the market need that an ETF would fill. If you squeeze a balloon on one side, it bulges out on the other, right?"