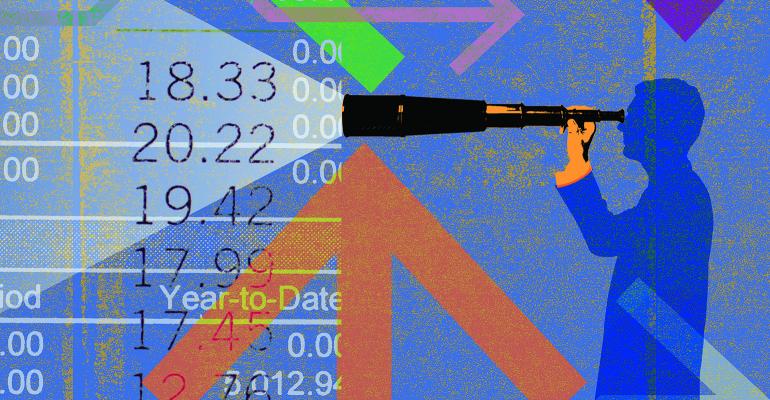 ETFs are the most popular investment vehicle among advisors, ahead of cash and mutual funds.

It is the most popular investment vehicle among advisors, ahead of cash and equivalents (85 percent) and non-wrap mutual funds (80 percent). Additionally, half of advisors plan to increase their use of ETFs over the next 12 months.

“I think the growth of ETFs has mirrored the growth of the fee-based advisors broadly over the last 15 years or so,” said Martin Kremenstein, senior managing director and head of exchange traded funds at Nuveen Investments.

More advisors favor a blend of active and passive management in providing the best overall investment performance, the 2017 Trends in Investing Survey found. The percentage of advisors favoring active management has slid from 18 percent in 2014 to 7 percent this year, while passive preference declined 10 percentage points since 2014. But nearly eight in 10 advisors (77 percent) prefer to use a blend of the two, up from 57 percent in 2014.

Kremenstein attributes this to many advisors using passive for part of their portfolios where they can’t justify the extra costs of active — particularly for some of the larger asset classes that have become more commoditized, such as domestic large-cap stocks.

“At that point an advisor might [think], ‘If I’m being fee-conscious, this is the largest part of my book; I can put them in a low-cost vehicle and now I have more client fees to spend in the more esoteric areas and maybe look to generate alpha that way,’” he said.

The most significant advantage of using ETFs over mutual funds was lower costs, with nearly half of advisors citing this. That was followed by tax efficiency at 23 percent of advisors.

While use of ETFs has grown significantly, advisors’ use of variable annuities fell from 58 percent in 2006 to 32 percent this year. Use of individual bonds declined from 60 percent to 52 percent over that period, while use of mutual fund wrap programs fell from 39 percent to 33 percent.

About 300 advisors from across the industry responded to the 2017 survey fielded online in March and April.