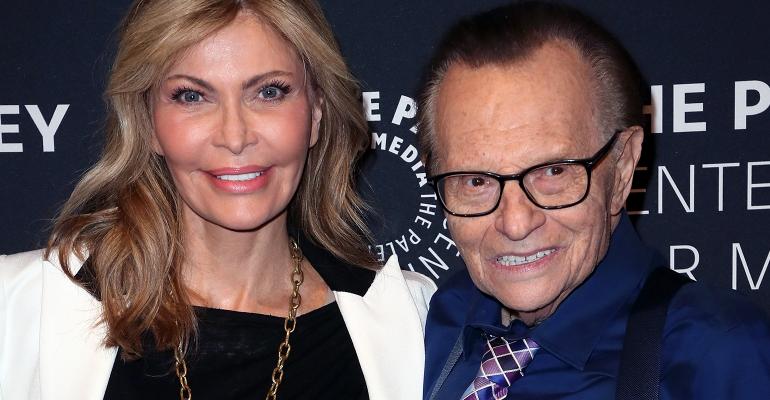 Can the holographic will Larry King wrote in October 2019 that omits his wife, Shawn King, supersede his original estate plan?

The battle over Larry King’s estate just got more complicated. The 87-year-old television and radio host passed away at the end of January after a battle with COVID-19. At the time of his death, King was in the midst of a divorce from his seventh wife, Shawn King. According to Shawn, the former couple had an estate plan in place that they wrote while still together in 2015.

Last month, however, reports emerged of a holographic will that Larry wrote in October 2019, two months after having filed for divorce. According to the Los Angeles Times, the handwritten will leaves his estate to his five children (two of whom died in 2020) and omits Shawn. This news didn’t sit well, and Shawn is contesting the will’s validity, as well as Larry King Jr.’s, King’s son from a different marriage, emergency move to become a special administrator of the estate.

Unlike some other recent high-profile cases involving holographic wills, such as Aretha Franklin’s and Zappos’ Tony Hsieh’s, this case is unique in that a traditional estate plan was already in place.

Is the Holographic Will Valid?

The issue, of course, is whether the holographic will can in fact supersede the original estate plan the couple had in place. First and foremost, holographic wills aren’t permissible in all 50 states, so the first question is what state was Larry domiciled in? It appears that California was most likely his domicile, which permits such wills.

“The next step in determining the will’s validity is to see if it meets the requirements of a holographic will,” says Megan Gorman, managing partner of Chequers Financial Management in San Francisco. California law requires that the dispositive provisions be written in the testator’s handwriting, signed and dated by the testator who’s at least 18 years old and of sound mind. To that point, Shawn is arguing that the holographic will might have been written under questionable circumstances—the short, hand-scribbled note, written two months after filing for divorce and several months after he suffered a heart attack, simply states that, “In the event of my death, any day after the above date I want 100% of my funds to be divided equally among my children Andy, Chaia, Lary Jr (sic) Chance & Cannon.” The court will likely consider Larry’s mental capacity at the time, any potential undue influence by his children or other parties, as well as other factors.

As a general matter, says Gorman, “one of the biggest challenges of holographic wills is that they’re highly suspectable to fraud because they don’t require a witness or a notary.” According to Gorman, in this case, for a man of Larry’s wealth and stature, a holographic will can potentially raise red flags, especially when there was already a nuanced plan in place. Why didn’t Larry simply reach out to his estate planner to amend the will? One possibility, says Gorman, is that Larry, who had recently signed on to do a podcast, wasn’t expecting to die yet and that the holographic will was just a temporary emergency backup until he worked out a new estate plan.

Although considerable case law on holographic wills exists, and courts like to honor testator intent, it’s not clear how a court will rule in this case. According to Harvey I. Bezozi, a tax expert from Boca Raton, Fla., “The likelihood is very remote that the 2019 handwritten ‘holographic will’ will supersede the original will written in 2015.” He continued, “Larry was reasonably healthy in 2015, both physically and mentally, compared to his state of mind when the holographic will was written in 2019.”

“In this case, to further support Shawn’s position, there exist two postnuptial agreements which restricted Larry’s ability to make lifetime gifts to his children—probably written to preserve the estate for his wife.”

Furthermore, in California you need a divorce decree to revoke the estate planning. Because their divorce was never finalized, if the holographic will is found not valid, the original estate plan is likely going to be used. Shawn has also publicly said that she and Larry spoke daily and were on good terms since filing for divorce and that, along with herself, “Cannon and Chance, two of the three surviving heirs, were also unaware of the secret will, and were ‘shocked’ to learn it exists.”

As with many high-profile cases, it’s unlikely we will see this case play out in the courts. “The estate will likely settle with Larry’s estranged wife,” opines Gorman. “Litigation can bring out a lot of personal information about his wife and children that the family wouldn’t want in the public domain.”