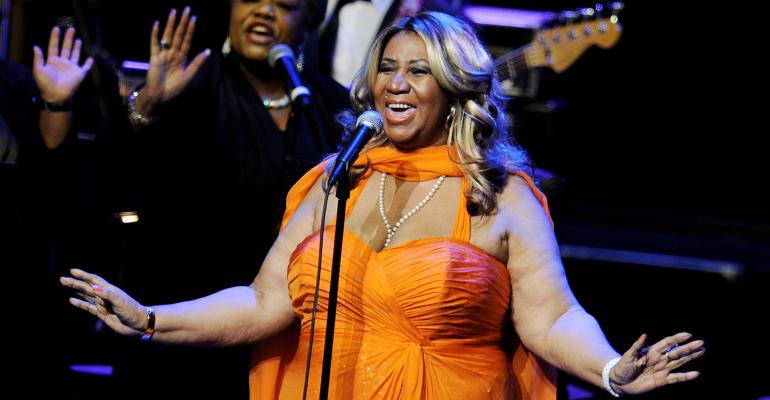 Aretha Franklin Goes from No Will to Three

Three handwritten wills were discovered in the singer's home; but are they valid?

Aretha Franklin, who was previously thought to have died intestate, had not one, but three, handwritten wills stashed in her Michigan home. Two of the wills were discovered inside a locked cabinet in the home, and a third was found scribbled in a spiral notebook under cushions of the living room couch.

The two wills from the cabinet were signed by Aretha and dated June 2010 and October 2010, respectively and are what’s considered holographic wills (that is, handwritten wills signed by the testator). The will found in the couch is reportedly nearly illegible (and contains many strikethroughs and edits) and is dated March 2014. The documents were discovered by Aretha’s niece, Sabrina Owens, who’s the current representative of the estate, and have been filed in probate court by Aretha’s longtime attorney to determine whether any of them are valid under Michigan law. A hearing is set for June 12. A statement released by the estate said two of her sons object to the wills.

One of the purported will documents, as published by AP News, appears to indicate that her original handwritten will from 1972 or 1973 was stolen or given to some individual (the name was illegible) According to AP News, Franklin’s son Kecalf Franklin is claiming (in a separate court filing) that the 2014 will indicates that Aretha wanted him to serve as the estate’s representative.

If real, the wills shed some light on little known facts about the singer’s family and personal life. According to an article by NBC news, Aretha intended for her three younger sons to be treated equally in their inheritance, which she stipulated they’ll only receive on completion of a degree or “business administration courses.” The wills also mention two of the sons are to receive one of her homes and monthly allowances, and all four children are to take equal shares of her music royalties as well as her memorabilia. She additionally outlines detailed care instructions for her eldest son, Clarence Franklin, who according to the NBC News article, has special needs that have never been publicly disclosed. She emphasized that the father of Clarence should never “…receive or handle any money or property belonging to Clarence…”

The future of the estate now hinges on not only whether any of the wills are actually authentic, but also whether any is valid under Michigan law.

According to Sandra Glazier, equity shareholder in Lipson Neilson P.C., in its Bloomfield Hills, Mich. office, the last signed will might control. However, she notes that there’s precedent in Michigan that may allow for a court to find even an unsigned will binding, “if one can demonstrate clear and convincing evidence that it reflects decedent's testamentary desires and intent, under EPIC.”

The purpose of Section 700.2503, which took effect April 1, 2000, is to permit a court to overlook small technical deficiencies in what’s otherwise clearly intended to be a decedent’s last will and testament.

What This Means for Aretha’s Estate

In the case of Aretha, it’s therefore possible that the 2014 will may control even if it wasn’t signed, if found valid in accordance with the aforementioned statutes. It also means that the probate court may allow extrinsic evidence to help prove that one of those written documents is in fact her last will and testament.

Even if found valid, it still remains to be seen just how much of her assets her beneficiaries will see—as was reported by TMZ back in December 2018, Internal Revenue Service documents indicate that Aretha’s estate owes more than $6.3 million in back taxes and another $1.5 million in penalties (some of which the estate has since paid).

And of course, one is still left to wonder why someone of Aretha’s stature didn’t just save her family the extra expenses and headache by simply hiring an estate planner to draft her will.