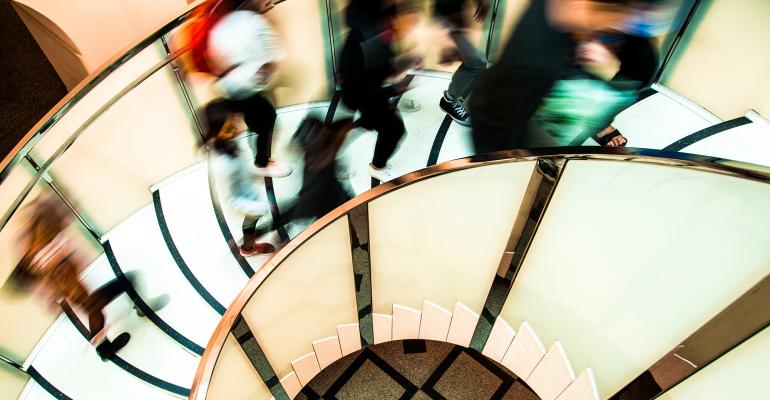 But they worry about U.S. financial literacy and estate readiness.

As many of you know, I’m a big supporter of The Financial Awareness Foundation (TFAF) and its financial literacy movement. Every spring, TFAF teams up with CPA Trendlines and The Investments & Wealth Institute to conduct a detailed survey of 300-plus estate planners, planned giving officers, CPAs and wealth advisors. The purpose of the annual CPA/Wealth Advisor Confidence Survey  is to gauge advisor sentiment about their growth prospects, to learn what’s keeping them up at night and to discover which tactics and strategies they’re using to distinguish themselves from the pack.

Key takeaway: Estate planners and planned giving officers are feeling very optimistic about their practices these days. Why? Because they’re so darn busy!

Potential tax upheaval and likely lowering of the estate tax exemption is driving more clients to planners’ doors. Also, COVID-19 woke up a lot of people to the fragility of life. When we see 40-year-old friends and 30-year-old coworkers dying in the hospital, there’s a heightened sense of one’s own mortality. Everyone knows someone who died unexpectedly or was in crisis mode during the darkest days of the pandemic. It’s especially sad to see young and middle-aged adults gravely ill in the hospital without having health care powers of attorney identified. Talk about a huge wakeup call.

According to the survey, nearly two-thirds of estate planners and planned giving officers (62%) said the majority of clients didn’t have up-to-date estate and gift plans when they first started working with them. That’s sobering when you consider the affluence of people who tend to work with estate planners and planned giving officers. What does that mean for the rest of America?

On a brighter note, only half of surveyed estate planners/planned giving officers (50%) think we’ll see two or more quarters of a technical recession going forward, down from 72% who felt this way last spring. And despite the stock market’s lofty valuation, less than half of estate attorneys and giving officers (49%) think there will be a market correction (> 10%) over the next 12 months compared to 57% who felt this way a year ago.

The stock market is a highly efficient forward-looking indicator. The market has already priced in the companies that are likely to be successful near-term (that is, technology) and has already discounted the companies that are likely to be struggling (that is, bricks and mortar retail). Is there really all that much left to correct? Just because the market is at an all-time high doesn’t mean it’s overvalued. The market has set dozens of “all-time highs” over the past decade—the earlier record highs were simply at a lower level than today’s all-time highs. Even better, all those so-called “overvalued” assets are good for planned giving professionals who tend to be repositories for highly appreciated assets.

While there’s plenty to keep financial advisors up at night these days, researchers found estate planners and planned giving officers are especially concerned about “Turbulence in Washington, D.C.” and “Changing Tax Laws.” New tax laws and a changing administration certainly affects estate planners and planned giving officers more than the budget deficit and lifestyle changes post-COVID-19, such as working from home and not going out for meals, entertainment and travel. The Biden administration’s proposals likely mean higher taxes for the wealthy, higher taxes for corporations and lower exemption amounts. That’s not great news for taxpayers, but it means more work for us.

What’s keeping the affluent up at night?

Despite all the financial alarm bells COVID-19 sounded, it still amazes me how uneducated people are about handling money, managing household spending, paying off credit cards and saving for retirement. Even well educated, affluent people often don’t understand the difference between a fixed vs. adjustable-rate mortgage or the difference between a Roth individual retirement account and a 401(k).

It’s terrible that the majority of U.S. states don’t have a basic financial literacy requirement in high school, but financial education has to start much earlier in a child’s life. It would be great for kids to mirror financial literacy best practices from adult influencers, but the sad truth is most adults aren’t very financially literate.

Why don’t more people have up-to-date estate and gift plans? As expected, estate planners and planned giving officers were more likely than other advisors to lament Americans’ reluctance to obtain (and keep) current estate and gift plans. The three most common excuses they run into:

What that tells us is that too many people think their estate isn’t large enough to be taxable—they may have a rude awakening under a new tax landscape. Estate planning will soon become more of a priority—and suddenly it won’t seem all that expensive.

Since COVID-19, many clients have been feeling isolated. They’re in need of knowledge and information from trusted sources. The more ways you can reach clients in a compelling way—to remind them that you’re out there and know what you’re talking about the better off you are. Public speaking, webinars and other types of virtual client events are ideally suited for this purpose—and research shows estate planners and giving officers utilized these platforms more than other advisors do. You need to find ways to stay top of mind with existing and potential clients and donors. You can’t afford to be forgotten.

As trusted advisors, it’s time for us to help close the financial literacy and estate planning gap. We can’t expect schools, houses of worship or the government to do it for us. It starts at home. Unfortunately, money is a taboo subject in too many households. This deprives kids of gaining a basic understanding of how money works, where it comes from, where it goes and how you have to allocate it as a family resource. Sadly, most families would rather talk about sex than money with their kids—and they don’t really want to talk about sex.

It’s our job to help change that—not just for clients—but for all Americans.