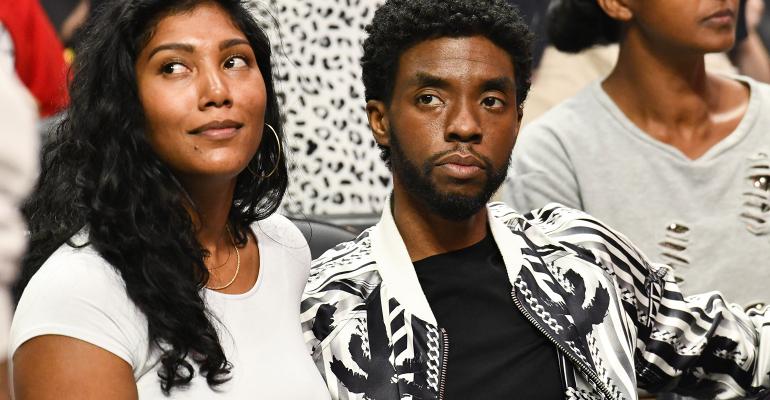 On Aug. 28, 2020, Black Panther star Chadwick Boseman passed away after a long battle with colon cancer that had been kept out of the public eye. His loss shocked Hollywood and his fans around the world. Chadwick died with no children and was survived by his spouse, Taylor Simone Ledward, and his parents. Surprisingly, it appears that Chadwick died intestate, meaning he didn’t have a will.

Less than two months after Chadwick’s death, Taylor filed a petition in Los Angeles Superior Court, Probate Division, seeking to be appointed as the administrator of Chadwick’s estate. The hearing on that petition is set for Nov. 19, 2020, at which point Taylor will likely be appointed to that role, and letters testamentary will be issued in her favor.

Related: Celebrity Estates: Chadwick Boseman and Planning for Clients with a Diagnosis

With respect to Chadwick’s estate, any interested person may object to Taylor’s petition, including for the first time at the Nov. 19, 2020 hearing. For example, one or both of Chadwick’s parents could object to Taylor’s petition, as they would be next in line to serve as the administrator of his estate. Unless this hypothetical objector can provide a compelling reason that the individual with the ultimate priority to serve as the administrator of Chadwick’s estate—Taylor—shouldn’t be appointed to that role, the court is likely to grant the petition at the upcoming hearing.

Next, Taylor will have to address any creditor’s claims that may be brought against the estate. For example, anyone that claims Chadwick them money at the time of his death may bring a claim against the estate to recover. As the administrator, Taylor will have to consider the merits of any such claim and decide whether or not to pay the claim(s). If she rejects any creditor’s claim, the creditor will have the opportunity to file a lawsuit over the alleged debt.

And lastly, Taylor will be required to file a petition for final distribution, seeking to distribute the estate assets according to California’s intestacy laws. Because Chadwick died without any children, all of his estate assets will be split equally between Taylor and Chadwick’s parents under Cal. Prob. Code, Section 6401(c)(2)(B). Depending on whether additional assets are uncovered or contested creditor’s claims are filed against the estate, the entire process could take well more than a year to complete. This is a key reason why it’s important for people to have an estate plan in place: to avoid the time, cost and publicity of filing a petition for probate.

Most celebrities with significant assets prefer to avoid the expense and publicity of the California Probate Court system.  Based on reports of Chadwick’s significant Black Panther salary and other speculation regarding his net worth at the time of his death, one could conclude that the assets disclosed in the petition reflect only a portion of Chadwick’s wealth.  If true, then Chadwick would likely have held some assets in a trust or some other structure not in his name, removing them from his probate estate.  The need for Taylor to file a petition for probate, however, suggests that Chadwick didn’t take steps to address these specific assets in his estate plan or didn’t have the opportunity to complete such planning before his death.  If Chadwick had created a trust and transferred all of his assets out of his individual name into the name of his trust, none of his assets would pass through probate and there would be no need to involve the probate court.  Not only would this have saved Chadwick’s family considerable time, money and potential frustration in dealing with court oversight, but it would have also afforded them privacy because trusts aren’t public record.

Even if Chadwick had a trust, however, he still could have made things easier for his family had he created a will.  Under a will, he could have nominated a personal representative to administer his estate and named several successor personal representatives, thereby eliminating the need to rely on a statutory list of individuals with priority to serve as administrator of his estate.

In addition, under a will, Chadwick could have named one or more beneficiaries of his estate, rather than rely on California’s intestacy laws to govern how his estate will be distributed.  Assuming Chadwick had a trust that held some of his assets at the time of his death,  he should have had a “pour-over” will, which works in conjunction with a trust.  (We assume Chadwick had a trust at the time of his death because given Chadwick’s celebrity and success as an actor, highly unlikely he owned less $1 million worth of assets at his death.) Under a pour-over will, those assets that he didn’t transfer into his trust during his life would pass through probate to his trust and ultimately be distributed pursuant to the terms of the trust.  Ideally, Chadwick would have transferred all of his assets into his trust during his lifetime, because a pour-over will doesn’t avoid oversight from the probate court.  However, a pour-over will serves as a back-up to fund the trust with assets in Chadwick’s individual name at his death and ensures that his estate would be distributed in accordance with his wishes under the terms of his trust.

Even with the high likelihood of Taylor’s petition for probate being approved with little fanfare, Chadwick’s intestate estate is a reminder of the importance to implement an appropriate estate plan, regardless of net worth and celebrity status.