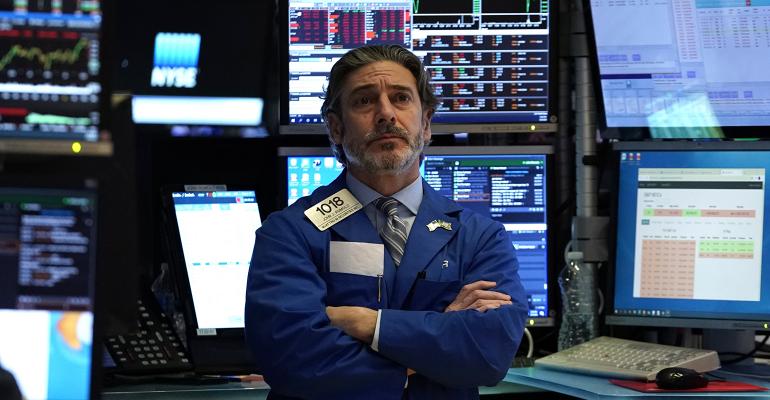 The Russell 2000, which serves as a proxy for domestically-focused companies, has dropped 26% since a January high.

(Bloomberg) -- U.S. small-cap stocks are close to wiping out all their gains since President Donald Trump’s election almost four years ago as traders grow increasingly concerned about the spread of the coronavirus and Trump’s uninspiring response to the pandemic.

The iShares Russell 2000 exchange-traded fund sank more than 5% in early trading Thursday, indicating that when the New York Stock Exchange opens the underlying index will be on the verge of erasing what was a more than 40% rally from Trump’s Nov. 8, 2016, victory.

Related: The Trump Bump Is Kaput

Trump has often boasted about the performance of stocks during his administration, and the more mainstream S&P 500 equity gauge remains up more than 28% since his election despite its recent drubbing. But as the market looks for a bottom while assessing the ultimate economic impact of the Covid-19 virus, investors have been disappointed by the White House response.

“After floating a variety of ideas in recent days and following meetings with Congressional Republicans on Tuesday, there was a growing expectation that the president would present his plan during his Oval Office address” last night, Chris Meekins, an analyst at Raymond James, wrote in a note.

Related: How Responsible Is Trump for the “Trump Bump?”

The Russell 2000, which serves as a proxy for domestically-focused companies, has dropped 26% since a January high. That compares with declines of 20% for the Dow Jones Industrial Average and 19% for the S&P 500 since their peaks this year.

Trump’s announcement that he will significantly restrict travel from Europe to the U.S. for the next 30 days will only add to the pains of the recent downturn, analysts wrote in overnight research.

“President Trump’s response was undercut by misstatements, the need for rapid clarifications, and a failure to actually declare a national emergency, all of which dampened market responses heading into Thursday,” Height Capital Markets analysts led by Clayton Allen wrote in a note.

To contact the reporter on this story:
Bailey Lipschultz in New York at [email protected]