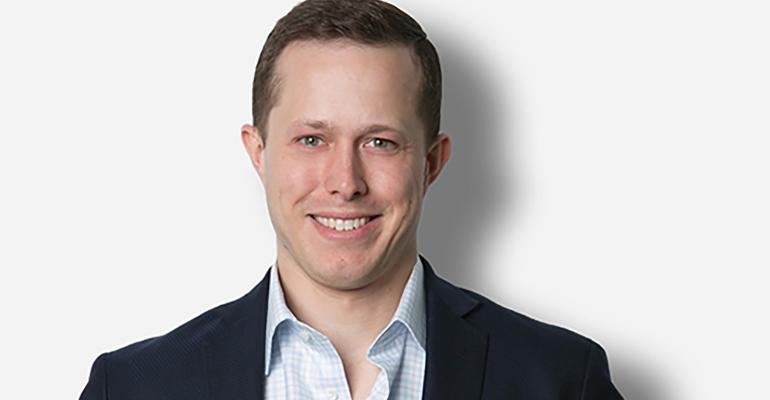 O'Shaughnessy's Canvas platform benefits from #fintwit celebrity endorsements and has nine RIAs onboard. But what does the rapid growth mean for broader advisor appetite for direct indexing?

O’Shaughnessy Asset Management, a quant-based money management firm in Stamford, Conn., announced that its custom indexing platform Canvas has reached more than $1 billion in assets under management, since launching a year ago. The firm says $998 million of that represents new assets that have come onto the platform since the rollout.

Prior to the launch of Canvas at the end of 2019, OSAM had a limited relationship with one registered investment advisor; Canvas now has 580 client accounts across nine RIAs on board, including Ritholtz Wealth Management, run by Chairman and CIO Barry Ritholtz and CEO Josh Brown.

It's a rapid run-up for a new investment platform, but whether or not it means advisors are ready to endorse direct indexing en masse remains to be seen.

“For O’Shaughnessy, this is a successful launch of the platform,” said Scott MacKillop, CEO of First Ascent Asset Management, a turnkey asset management platform. “What it says about the bigger demand in the advisor world in general is a little hard to tell.”

Canvas is a web-based platform that allows advisors to design and maintain custom indexes in separately managed accounts and tailor those indexes according to their clients’ specific needs. The term that has gained popularity in the industry is “direct indexing.”

2020 was a pivotal year for direct indexing. In a tidal wave of deals, some of the biggest players in asset management and financial services made broad inroads—essentially betting that the technology to create customizable portfolios for individual clients without, theoretically, abandoning the rules-based characteristics or risk profile of an index is an option that will resonate with investors. That included companies such as Morgan Stanley, which announced it would acquire Eaton Vance and its Parametric business; and BlackRock, which is acquiring Aperio, which provides customized index equity SMAs.

“Great new technologies often remove barriers,” said Patrick O’Shaughnessy, CEO of OSAM, in a statement. “For advisors passionate about innovation, Canvas allows them to easily build customized, diversified, and tax-efficient portfolios. The platform also reduces the operational and system overload for RIAs, which leads to greater scale for firms and their advisors. Considering the clear benefits, we believe that by 2025 a majority of all advisors in the U.S. will use web-based software to create and manage Custom Indexes for clients.”

But MacKillop believes that’s an overstatement. “I wouldn’t put money on it,” he said.

MacKillop believes a more reasonable expectation would be that direct indexing’s growth would reflect the introduction of anything else new in this industry, such as ETFs or ESG.

“There’ll be some early adopters that will come in pretty rapidly, and you’ll see a significant pop there,” he said. “And then there will be a slow period of increase in assets over time, and it’ll settle out somewhere.”

He would expect it to be more like 15% of advisor assets using direct indexing strategies by 2025.

“There’s a huge amount of inertia that any new product has to overcome,” he added. “If something new comes along, there has to be a pretty compelling case for advisors to make a change.”

Further, it remains to be seen whether tweaking an index is really beneficial to a client’s portfolio, he argues.

“The person who’s making those judgements about what to include and not include in the portfolio has to be good at what they’re doing in order to make that a positive,” MacKillop said. “If you just buy the index, you get the index return no matter what. If you start tinkering with it, flip a coin. You may do better, or you may do worse. If you do worse, it’s not a benefit.”

Dave Nadig, chief investment officer and director of research of ETF Trends and ETF Database, believes Canvas’ growth is significant as it has positioned itself as a service platform for advisors.

“It’s a big addressable market, and they’re just getting started and they’ve got $1 billion," he said. "What I’ve heard from the early adopters on the platform is their average cost per client is actually down versus just buying ETFs.”

A firm brochure says Canvas users will pay between 20 and 110 basis points, depending on size of the assets and other factors used in constructing the portfolio. That's on top of custodial and trading costs, as well as potential costs of underlying funds, according to the firm's regulatory filing.

Nadig distinguishes tools like Canvas, which he says was built by advisors for advisors, from other direct indexing offerings built by product providers. The platform was built with a focus on the advisor interface and workflow for when they’re sitting in front of a client.