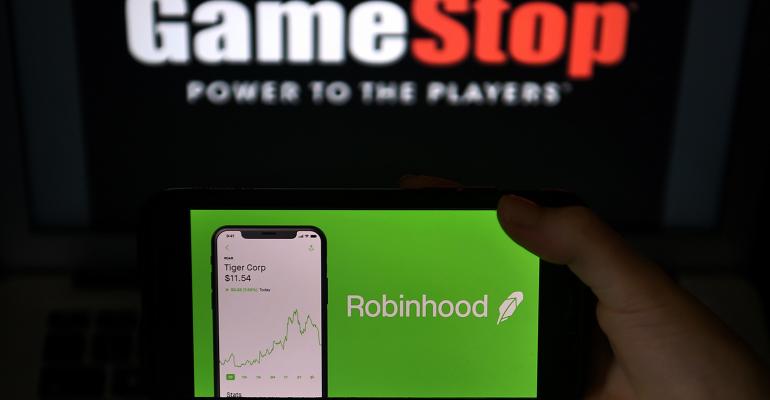 The GameStop-Robinhood saga is a distraction from what’s really wrong with mainstream investing in America.

The Reddit-fueled investment rally that gave GameStop a market capitalization that would earn it a spot on the S&P 500 has captivated everyone. Newbie investors want to become overnight millionaires and hedge fund billionaires are bellyaching at Main Street’s assault on how they make a living. It’s become the finance topic du jour, with Congress calling for hearings into Robinhood’s decision to halt trading in stocks that were meant to democratize investing.

There are legitimate issues this rally brings to light. The saga revealed structures that have advantaged institutional investors over retail investors for decades. But they miss the point. The issue has unfortunately become a red herring for what’s really wrong with how mainstream Americans invest their money.

Robinhood’s mission is to democratize investing, but its impact is far different. It has gamified the stock market to encourage trading, but does little to incentivize long-term disciplined investing. Yes, thousands of Redditors brag about paying off student loans with easy access to trading on Robinhood. But millions of Redditors and Robinhood investors haven’t. No one seems to talk about them. Main Street investors cheering the reclamation of capitalism should tread carefully before they scoop up shares of GME and AMC. The party will end at some point, and someone has to be the last one holding the bag of litter.

If it’s not Reddit, GameStop and Robinhood, what’s actually getting in the way of Main Street’s investment success? It’s simple: lack of access to quality financial advice.

Most Americans don’t have access to advice because it’s expensive. The system is rigged to advantage higher-net-worth investors. Being a fiduciary that gives good advice is an expensive business. And unless a client is putting several hundred thousand dollars into an investment account—something the overwhelming majority of Americans can’t do—most advisors won’t find it economical to work with them. It’s no surprise that 83% of the country is left to figure out its own finances, and they often jump at the opportunity to make a quick buck in a trade like GameStop.

According to a Vanguard study, fiduciary financial advisors save their clients 3% in annualized returns. They do this by properly allocating assets, regularly rebalancing portfolios, identifying cost-effective investment opportunities, preventing bad financial behavior, and enforcing disciplined spending strategies. It’s possible to do this without an advisor, but unlikely. And it’s something you’d be hard-pressed to find on Robinhood or Reddit.

Many of us are quick to point the finger at greedy financial advisors, demanding that if they just lowered their minimums far more people could get access to advice. While there are always outliers, the challenge is systemic. For years the practice of soft dollars has disincentivized custodial innovation and encouraged incumbent technology complacency. Most financial advisors would love to help more people, but their hands are tied. Congress and regulators have done little to fix this modern-day mafia that’s resulted in millions of Americans being left on the investing sidelines.

Does this mean the GameStop-Robinhood saga isn’t worth exploring? Of course not. A trading halt is a serious matter. And Robinhood didn’t live up to its promise this week. It will have to answer to its customers, its shareholders, its regulators and Congress. That said, while the trade halt was disingenuous and had little to do with its internal controls, it wasn’t illegal.

And while Congress is justified in calling for hearings, let’s not get our hopes up. This looks to be much more like political football with little room for meaningful reform. Even after the financial crisis of 2007–2008 when many Americans lost nearly everything, the best Congress could do was require Form PF reporting as part of Dodd-Frank. That was our collective moment to mandate real transparency in the opaque world of hedge funds, but little came of it and here we are10 years later still asking why they have so many advantages. We’d be hard-pressed to think Congress will muster the votes it needs to overrule a powerful lobby when all that happened was thousands of investors missing out on a bona fide stock bubble.

This is a golden opportunity to ask how we want to invest and what we want to demand from Wall Street. Do we want easier investing access and better information? Yes—but investors that think they can go it alone, keep their emotions in check and screen the $100 trillion world of capital markets to find suitable tax-efficient investments are probably a bit out of their depth. We’d be wiser to ask Congress to do more to make quality financial advice accessible to more people.