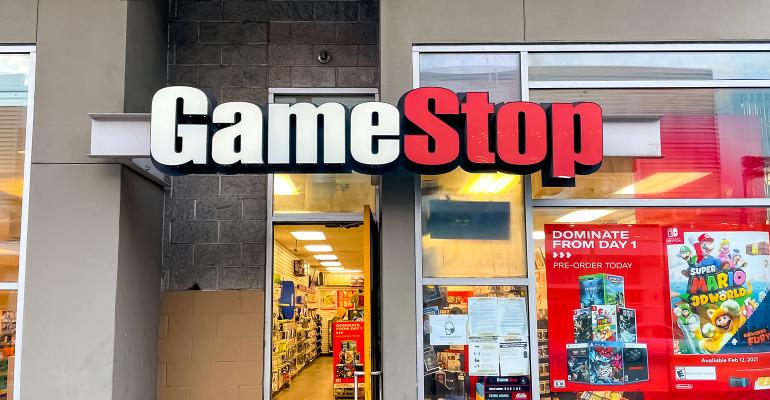 Is GameStop in Your ETF?

GameStop has soared during January but is under owned by ETFs given its more than $20 billion market capitalization. Just 63 funds own a position in the company.

There are just 63 ETFs that own shares of Gamestop. Due to soaring investor demand this month, the consumer discretionary stock closed higher than $300 per share on Wednesday with a market capitalization over $20 billion —a 10-fold increase from just a few weeks ago. Yet, the stock is not widely held by ETFs, especially compared to consumer discretionary peers. For example, there are 120 ETFs that recently owned The Gap and 88 with a stake in Under Armour, even though these companies currently have lower capitalizations.

The Gap and Under Armour are among the smallest companies in the S&P 500 Index, tracked by SPDR S&P 500 ETF (SPY), while Gamestop is now the biggest position in the S&P SmallCap 600 Index, tracked by iShares Core S&P Small-Cap ETF (IJR). While the S&P Dow Jones Index committee behind these two widely followed benchmarks has discretion to move a company from one to another in due course, we do not expect Gamestop to be added to the large-cap index in the near term, given that the recent price action could be short lived. CFRA has a sell recommendation on the shares and believes they have high qualitative risk.

Equally weighted SPDR S&P Retail (XRT) is now being dominated by GME. One of the benefits of XRT has traditionally been its stock-level diversification relative to VanEck Vectors Retail (RTH). Indeed, while RTH has a 21% position in Amazon.com, XRT owns just 0.9% of its assets in the mega-cap company. Rather, XRT has a similar position size in smaller-caps like Abercrombie & Fitch and Penske Automotive and rebalances on a quarterly basis selling recent winners and adding exposure to laggards. However, following the January run, Gamestop represented a 9.5% position in XRT as of January 26, more than next six largest holdings combined. XRT’s next scheduled quarterly rebalance is scheduled to occur in late March.

XRT’s 27% year-to-date gain is significantly higher than RTH’s 3.8%—highlighting the importance of what is inside the fund.

Wedbush ETFMG Video Game Tech ETF (GAMR) stands out among peers for its exposure to Gamestop. As we highlighted in a thematic research article published on Jan. 25—“What’s Inside an ETF Mattered in 2020”— thematic ETFs that sound the same are often very different. Asset managers and index providers have wide latitude to determine what companies are perceived to be positioned to benefit from a long-term trend. With video gaming related ETFs, this is evident following GME’s recent run.

GAMR was up 20% year-to-date through Jan. 26, well ahead of its peers, aided by exposure to Gamestop as shown in Chart 2. However, CFRA currently rates GAMR as a three-star, believing that ESPO, HERO and NERD will outperform the fund and broader category going forward. 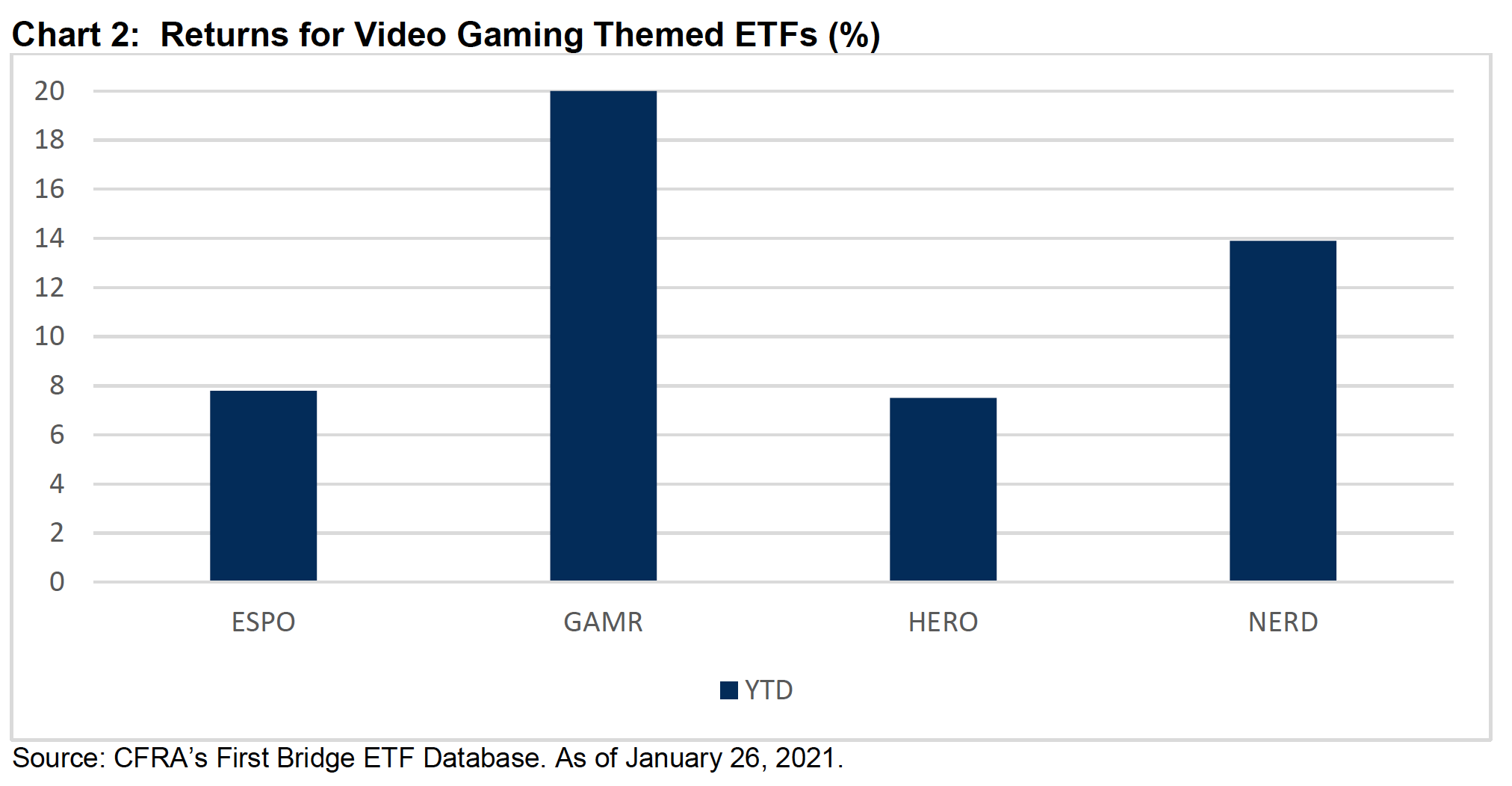 While most ETF investors have not benefited in the recent rally in Gamestop, we think there is a key lesson to be learned. While index based ETFs provide diversification, stocks can quickly dominate the portfolio and investors need to understand what they own. A heavily concentrated position, particularly in a company with high qualitative risk such as Gamestop, may not be fully appreciated.