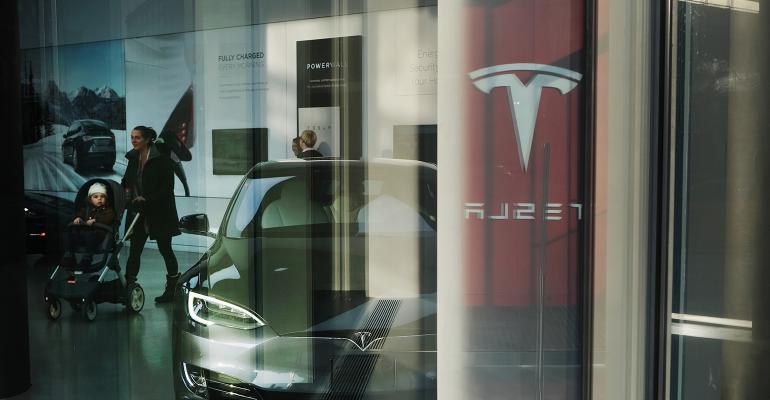 The analysis of 7.5 million investors who custody with Apex found that most of millennials' top holdings were tech companies that had largely outperformed indexes like the S&P 500.

Self-directed and robo-advised millennials, whose assets are custodied with Apex Clearing, have responded to the year’s bracing market volatility by holding fast to the most significant holdings in their portfolios, according to an analysis of the firm's 7.5 million accounts.

In fact, millennials had shown “an incredible amount of faith” in those stocks that had been central components of their investment strategy prior to the COVID-19 crisis, said Apex CEO Bill Capuzzi.

“Millennials’ top 10 holdings—most of which are dominated by large technology focused companies—were unchanged from the last quarter of 2019,” Capuzzi said. “Following a buy-and-hold approach for their core investments has helped them navigate the volatility in the market in the wake of COVID-19, even as they boldly pursue opportunistic investments in new areas.”

The list of millennials’ top 10 holdings included Tesla, Amazon and Netflix and remained largely static from 2019’s fourth quarter to the first of this year despite coronavirus’s impact. Millennials' top 10 holdings tended to be down 5% for the quarter, compared with the S&P 500 Index, which was down by about 20%. Millennial investors also tended to be willing to lean on longer-term investments by becoming bullish on travel stocks like airlines, which have taken significant hits during the market’s volatility.

Some advisors have actually seen an increase in the number of millennial investors inquiring about starting to invest, including Ron Strobel, a CFP and founder of Retire Sensibly, who said about half a dozen friends from high school and college had reached out to him. Strobel, who at 31 years old is a millennial himself, surmised millennials are accustomed to V-shaped corrections where stocks would drop and rebound quickly, but he’s been warning clients that this time could be different.

“They expect a very quick turnaround similar to what we saw in 2016 and 2018,” he said. “I’ve warned many of them that this economic downturn may take years to recover from and many have been surprised to hear that.”

Likewise, Robert Stromberg, an advisor with Mountain River Financial in Pennsylvania, found that millennial clients seemed less responsive to market volatility when compared with his Generation X clients. Part of the reason could be that millennials had comparatively less invested in the market than other age ranges, which meant there was less of a “sticker shock” when disaster struck, according to Stromberg. He said that while millennials may not have been significantly invested during the 2008 crash and subsequent recession, they may have seen their parents undergo the turmoil and taken lessons from it.

“Millennials entered the stock market after that crisis, and had a really nice run,” he said. “They also saw the power and resilience of the capital markets, and got to see the stock market rebound, which was just as dramatic, and maybe even more so, than the crash.”

Apex’s analysis found that there had indeed been a boost in account openings during the first quarter, with self-directed accounts up 83% month over month and 308% above 2019’s monthly average, and robo accounts up 29% and 279%, respectively. Apex opened more than 1.4 million new accounts during the first quarter, with 650,000 accounts opened in March alone; the clearing firm surmised that the increase in new accounts came from investors seeing an opportunity to trade on the market's volatility and buy stocks at a better value.

But while millennials’ top holdings have remained relatively static, the number of trades in millennials’ accounts was higher than both Gen X and baby boomer clients, with a 55% month-over-month increase. While trades per account were up across the board, self-directed investors (versus robo investors) drove the majority of the trading increase.

The data underlines the fact that millennial responses to the crisis have not been uniform; according to Mike Caligiuri, a founder and advisor at Caligiuri Financial in Columbus, Ohio, his millennial clients had reacted in a more volatile manner than other age ranges. He said the fact that millennials had not been invested during the market’s 2008 crash may be working against them now, as other clients may be more familiar in market cycles.