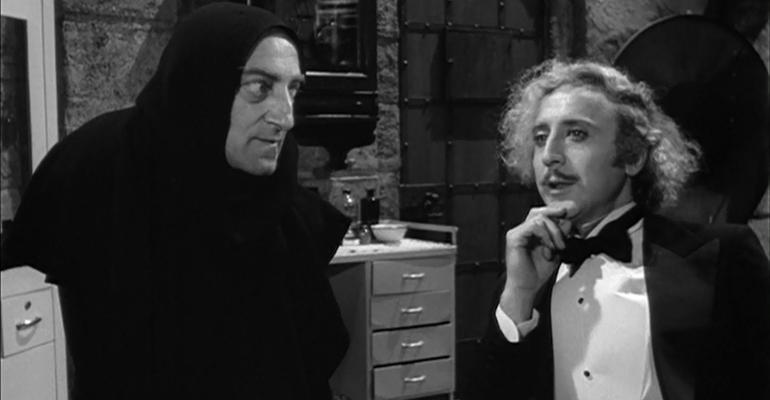 The blame game for the market declines has started, all of it legit. But in truth, haven’t we known the market was expensive, and a correction overdue?

“I understand. You found paradise in America, had a good trade, made a good living ....” Thus begins the opening lines to The Godfather when Vito Corleone hears Bonasera’s request for justice. Think about it; we found paradise within our 401ks, had good trades and all that. Now, like Bonasera, we’d like the Don to make an offer the folks trading ETNs can’t refuse.

Looking for the start of all this, we can perhaps go back a few weeks to Trump’s slapping on tariffs and Treasury Secretary Mnuchin’s praise for a weaker dollar (which resonated with those of us who have long memories to such words by then Treasury Secretary James Baker in the days before the October ’87 crash). The blame game then was about portfolio insurance, among other things, to obscure the rather more base explanation of investor psychology. Today we have the villain behind the stock market’s plunge in the form of algorithms, leveraged ETFs, or such lauded economists like President Obama and astute investors like Sean Hannity.

No, seriously, “Because the Obama economy was so weak all of these years we had just artificially cheap money. Now what’s cheap money? Cheap money is when you can borrow at ridiculously low rates. The era of cheap money at some point has to come to an end,” says Hannity.

Yeah, but isn’t that also bad for…. Anyway, leaving the Obama or Trump economies aside, the analytical point is not new. The fact is the global monetary authorities are tightening and we don’t really know where things will end up, that is, the truly neutral funds rate or normal in terms of yields, hence volatility and uncertainty and this might be the new normal. Surely, from an interest-rate standpoint we are in new territory, sort of, with heightened risk for more vs. less hiking and the bigger deal of how the market’s going to handle issuance in the coming quarters.

I’m not an advocate of a big surge in yields and think the recent volatility in equities serves to demonstrate that higher yields can take a toll on risk assets with evident repercussions. That said, the 7.5 percent S&P return year-to-date to Jan 26 surely suffices for some of a late move melt-up satisfaction. Annualize that for some perspective.

The press is filled, absolutely swollen, with stories that provide me with a more limited sense of “now what?” than I would like. I understand; the price action warrants headlines that say, in effect, that the price action warrants headlines! The New York Times opened its business section Wednesday with “Everybody Take A Breath” and followed with battling substories: “Tune Out the Noise of the Market Slide, The Economy Is Fine” vs. “Investors Who Bet on a Continuing Calm Are Feeling Rattled.”

I don’t think those are contradictory. The economy may indeed be fine which, leaving aside Sean Hannity’s finger pointing, means the Feds in play and we’re getting deficit boosting stimulus at the tail end of the cycle. I can’t answer the question of how long or short that tail is, but as evidenced by some measures of equity valuations it’s been wagging rather exuberantly, like a happy Lab I once knew who could sweep several glasses of wine off a coffee table before being ushered away.

There are many other ways of displaying this, but equity market capitalization as a percent of nominal, or current, GDP is one I haven’t used for a while and so, voilà.  It’s fair to say it looks rich. Note the use of the Wilshire 5000. A Google search will tell you that that is a favored measure of Warren Buffet. Submitted for your perusal.