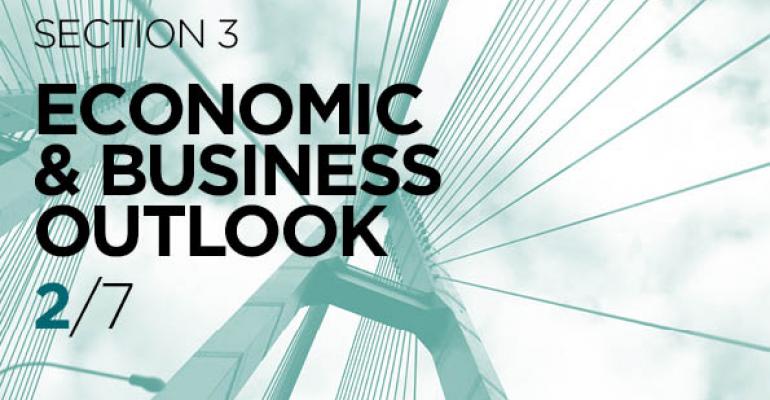 Overall, the advisor outlook for various asset classes largely reflects their views on the economy. All facets of the U.S. equity space are favored by advisors across all three channels, with more than half stating they are bullish on U.S. equities as a whole. Among channels, W/R advisors are the most positive, followed by IBD advisors. The RIA channel is also positive on U.S. equities, but to a lesser degree than the other two channels. However, there does appear to be signs of some growing skepticism in advisors’ view of the equity markets. On average, value is now slightly favored over growth, and large cap firms are solidly preferred to small cap, both of which represent shifts to less risky segments of the U.S. equity market. Where the sentiment is truly cautious, however, is toward U.S. federal government debt. Only the RIA channel registers even a 10% bullish response, with the other two channels tallying mid-single-digits. This result is not surprising when taken in the context of what appears to be a winding down of the expansionary monetary regime of the Federal Reserve; indeed, the vast majority market participants expect rates to rise over the next year. Finally, with respect to international equities, in general, Europe and developing markets are favored over Asia, which may reflect concerns about a slowdown in China’s economy.

Next Part 3 of 7: Sentiment Toward Asset Classes Under Consideration in the Coming Year