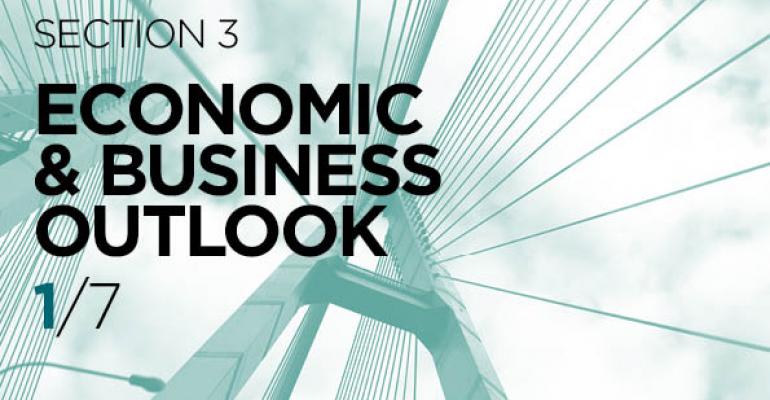 As we did last year, we asked respondents to characterize their outlook for the global, U.S. and regional economies and for the purposes of display we aggregated the bullish responses for each channel. With responses tallying 60% or greater for each geographic segment and channel, the general consensus is that the U.S. economy, and the global economy as a whole, will fare well in the coming years. The W/R channel is the most bullish overall. And, while there are fairly comparable levels of bullish responses for both the regional and U.S. geographies, we observe a bit more differentiation with the outlook for the global economy. More specifically, 81% of W/R advisors report being at least slightly bullish about the global economy, while the IBD and RIA channels are slightly less enthusiastic, coming in at 66% and 60%, respectively.

Advisors in the South are the most optimistic about their regional economy, with the highest percentage of bullish managers of any region, a pattern that is consistent across all three channels. The South is also the region in which we observe the greatest differentiation among channels, with 94% of W/Rs reporting being at least slightly bullish compared to 83% of IBDs and 69% of RIAs. Their optimism may be in part due to the economic success of states like Texas, which have seen large improvements in unemployment and fiscal deficits in recent years. Going forward, the bullishness in the South region will likely be tested by the decline in oil prices and a potential broader downturn in the energy sector, and we’ll look forward to next year’s survey to yield some additional insights. In the Northeast region we also observe higher levels of bullish responses from the W/R channel compared to the others. And, across all four regions, the RIA channel advisors appear to be slightly more cautious in their outlook than advisors from the other channels. As we can see, while the general consensus is that the U.S. economy is favored by advisors, the sentiment seems to carry some region-specific variability.

Next Part 2 of 7: Advisors' Outlook Toward Various Asset Classes