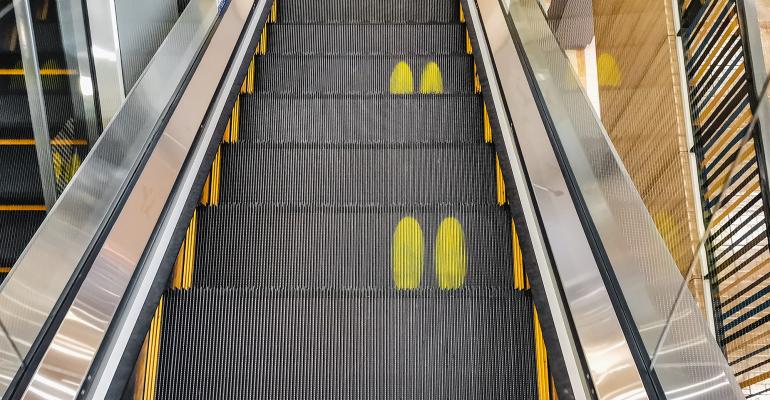 The mall formerly known as the Fashion Outlets of Las Vegas was auctioned off this week for $1.525 million.

(Bloomberg)—The Prizm Outlets mall, about a 40-minute drive south of Las Vegas on the California border, lost 95% of its value in six months. It may not be the last mall to do so.

Formerly known as the Fashion Outlets of Las Vegas, the Primm, Nevada mall was auctioned off on Wednesday at a final price of $1.525 million, compared with a $28.2 million appraisal in July, according to a person with knowledge of the results on commercial real estate auction site Ten-X. The buyer wasn’t disclosed.

It’s the first auction of a property linked to the so-called CMBX 6, a commercial real estate credit derivatives index with heavy exposure to shopping centers and malls, according to data compiled by Bloomberg.

“We expect mall liquidations to continue: 31 of the 39 malls in CMBX 6 are currently impaired,” said Dan McNamara, a principal at hedge fund MP Securitized Credit Partners, which has bet against CMBX 6 as part of its broader strategy.

The property is currently 57.5% occupied with anchors H&M, Nike and Williams Sonoma, according to a report this month from its servicer, which collects payments from the mall for bondholders. The mall was closed on March 17 due to the Covid-19 pandemic and re-opened on June 1.

Representatives from Prizm Outlets and Rialto Capital Management, the seller and servicer, both declined comment. A call to the mall’s marketing agent wasn’t returned, while a representative for Ten-X confirmed the auction was completed and declined further comment.

A loan on the property with an original balance of $73 million was bundled into a commercial mortgage backed security called COMM 2012-CR4 in October 2012, one of 48 loans packaged into the multi-loan transaction known as a conduit, according to data compiled by Bloomberg. That year, the property was valued at $125 million.

While the AAA rated parts of the transaction have kept their grades so far, all rating tiers AA and below were downgraded several times by credit ratings firms, including a series of cuts by Moody’s Investors Service in July.

Miami-based Rialto foreclosed on the mall in 2018 and invested in upgrades and kept it open, according to servicer filings and the Las Vegas Review-Journal.

In 2017, firms including Deutsche Bank AG and Morgan Stanley recommended betting against commercial real estate, and in particular malls and shopping centers, using indexes of commercial mortgage bonds, in a trade that became popular.

Series 6 of the CMBX index, linked to debt issued in 2012, has outsized exposure to shopping malls, making it appealing to traders who want to bet against retail space. The short bet soured for a few years as malls were able to survive.

But fortunes reversed amid the pandemic’s lockdown orders last year. People stayed home and shopped online, exacerbating an existing threat to brick-and-mortar stores, and even after many states allowed retailers to open up again, shopper traffic remained low.

While there will surely be more mall casualties, there may also be some winners, market observers say.

“Retail outlets that are well positioned geographically or that have re-thought the customer experience will have the best opportunity for success forward from here,” said Chris Sullivan, chief investment officer of the United Nations Federal Credit Union.