/sites/all/themes/penton_subtheme_wealthmanagement/images/logos/footer.png
Recent
Recent
Eight Must Reads for the CRE Industry Today (May 17, 2022)
May 16, 2022
Investors, End-Users Compete for Last-Mile Warehouses as Rents Skyrocket
May 16, 2022
Dyal Said to Be in Talks for Stake in Real Estate Firm DivcoWest
May 16, 2022
'Dark Money' and Tax-Exempt Organizations
May 16, 2022
Featured
The 10 Best and 10 Worst States in Which to Retire in 2021
Jul 15, 2021
Poll: 15 Classic Books on Investing and the Markets
Apr 03, 2020
Fifteen Must-Listen Business Podcasts for Advisors
Aug 14, 2020
Celebrity Estates: Jay Leno and Planning for Classic Car Collections
Feb 22, 2022
Coronavirus
brought to you by 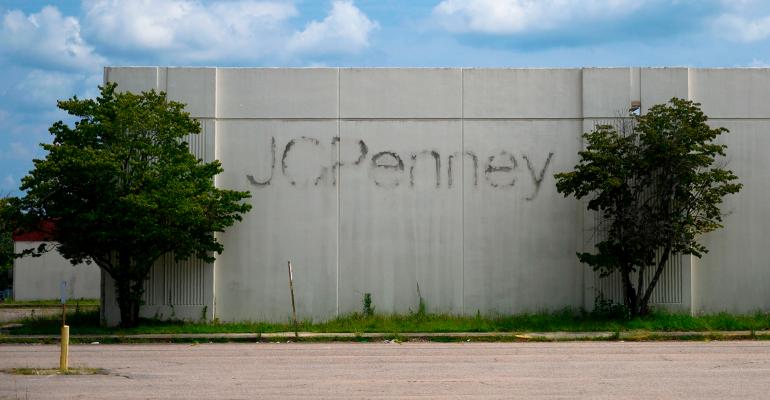 Pandemic Spurs Most Bankruptcy Filings Since 2009

A total of 244 large companies filed for bankruptcy protection in 2020, led by energy, retail and consumer services firms.

(Bloomberg)—More large U.S. companies filed for bankruptcy in 2020 than in any year since the global financial crisis, after the pandemic tipped swaths of the economy into distress.

Energy, retail and consumer services companies led a total of 244 filings, according to data compiled by Bloomberg. That was the most since 2009, when 293 U.S. companies sought protection from creditors.

Credit markets have rallied, lifting many borrowers out of distress, but bankruptcy experts predict another wave of filings that could start in the second quarter of 2021 as cash runs out. Energy, retail, consumer and travel companies remain vulnerable -- even after vaccines are distributed -- following lasting damage inflicted by the virus.

The 27 bankruptcy filings from retailers marked the worst run for that sector since at least 2008, according to data compiled by Bloomberg. American mainstays like JCPenney and Stein Mart Inc. fell into court protection as the pandemic raged, as did higher-end names like Brooks Brothers Group Inc. and Neiman Marcus Group Inc.

Some 47 energy companies with liabilities of at least $50 million went bankrupt last year, the most since at least 2008. The turmoil began in earnest in April, when oil prices plunged and futures briefly traded below zero, derailing planned ongoing restructurings and kick-starting new ones.

The year ended relatively slowly, with just 45 big corporate bankruptcies across all sectors since Oct. 1 -- the slowest quarter of 2020. But that still marked the busiest last three months of any year since 2009.

“We are having multiple years of disruption in the retail sector occur within months,” Little said in an interview. “E-commerce is here to stay, we will continue to see expansion and continue to see it capture retail sales.”

Real estate showed major cracks, with 22 large firms filing for bankruptcy, the most since 2011. Bankruptcy courts witnessed a double-whammy in November when mall landlords CBL & Associates and Pennsylvania Real Estate Investment Trust filed for bankruptcy within hours of each other.

Real estate pain is expected to spread as landlord concessions like rent abatements run out, according to Cynthia Romano, global director of CohnReznick’s restructuring and dispute resolution practice.

The total amount of traded distressed bonds and loans shrank to about $149 billion as of Dec. 31, down 8.3% week-on-week and a fraction of the $935 billion peak in March. Troubled bonds and loans declined 7.7% and 10%, respectively, in the last week of the year.

There were 290 distressed bonds from 154 issuers trading as of Monday, down from 377 and 199, respectively, two weeks ago. That’s significantly less than the 1,896 credits from 892 companies at the March 23 high.

AMC Entertainment Holdings Inc. had the most distressed debt of issuers that hadn’t filed for bankruptcy as of Dec. 31, Bloomberg data show.

--With assistance from Anik Chattopadhyay and Jenny Sanchez.