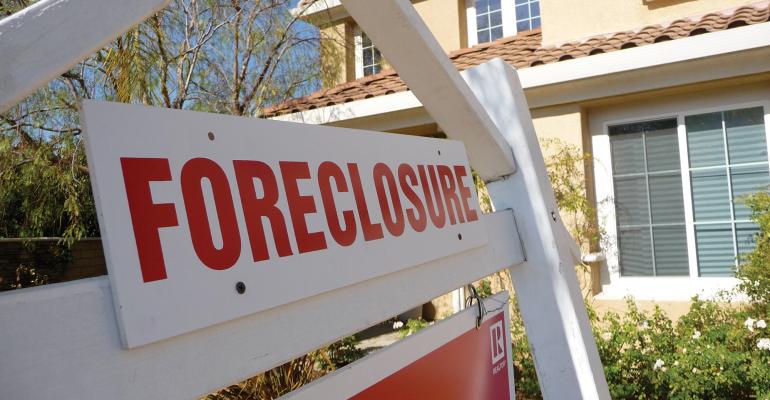 (Bloomberg)—Millions of homeowners who’ve fallen behind on mortgage payments due to the pandemic would have more time before facing foreclosure under rules proposed Monday by the Consumer Financial Protection Bureau.

The revamp would generally prohibit mortgage servicers from starting foreclosures until after Dec. 31, the CFPB said in a statement. The goal is to give the nearly 3 million borrowers who’ve delayed or stopped making payments a chance to resume them before lenders initiate forced home sales.

A key reason why the CFPB said the change is necessary is because an estimated 1.7 million consumers will exit U.S. forbearance relief programs in September and the ensuing months, meaning they will have to start making payments again.

The CFPB would also allow servicers to offer “streamlined” loan modification options to borrowers who’ve suffered as a result of the pandemic. The agency said it’s considering permitting mortgage firms to pursue foreclosures before the end of the year if they take certain steps to help borrowers avoid losses, such as modifying loans to reduce consumers’ monthly payments.

“The nation has endured more than a year of a deadly pandemic and a punishing economic crisis,” CFPB Acting Director Dave Uejio said in the statement. “We must not lose sight of the dangers so many consumers still face.”

The CFPB proposals follow a warning from the agency last week that mortgage companies could face penalties if they don’t take action to prevent a surge in “avoidable foreclosures.”

More homeowners are behind on mortgage payments today than at any time since 2010, the bureau said Monday. The set of proposed rules, which the regulator will seek public comment on, is intended to give both servicers and borrowers the “tools and time” needed to prevent a deluge of foreclosures, according to the statement.