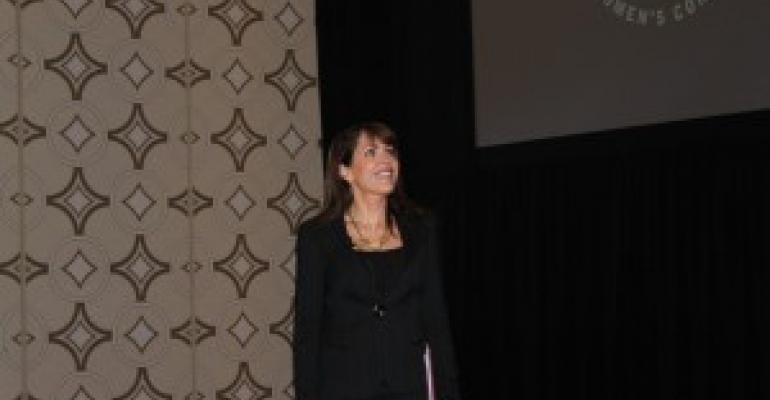 Women are rising up. Their economic power is increasing around the globe, and it&rsquo;s translating into influence.

Women are rising up. Their economic power is increasing around the globe, and it’s translating into influence. That was the message of Maddy Dychtwald, co-founder of Age Wave, during AIG Advisor Group’s sixth annual women’s conference in Los Angeles Monday.

And women financial advisors are in the position to take advantage of this huge emerging market. Here are a few stats:

“Look how far we’ve come,” Dychtwald said. Not only are they becoming more educated and career-focused, but they’re making more money, she said.

This is a strong business opportunity, especially for women advisors, Dychtwald told the 230 Fas at the conference. Sixty one percent of female business owners prefer to work with women advisors. Why? “It’s the way you do business.” Women are more relationship-driven and collaborative, rather than transaction-driven.

Women stand to scoop up these women investors looking for financial advice, Dychtwald said. A great way to start: “Education is a great way to communicate with women.” When women are educated, they start to feel empowered, which translates into financial engagement, she said.