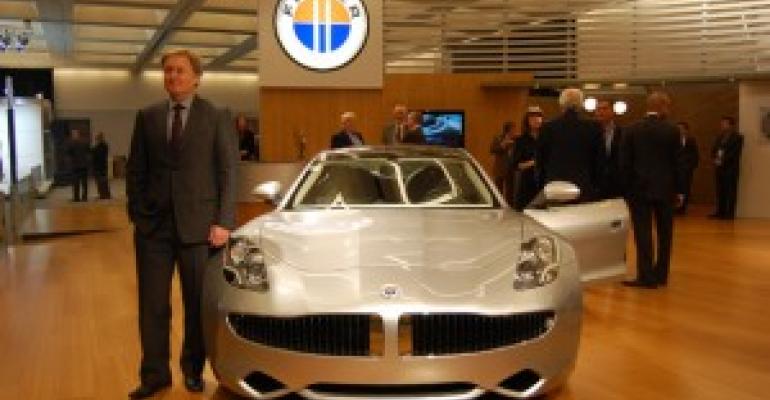 YIELD OF DREAMS: Could Fisker Be to Blame for Advanced Equities’ Troubles?

The co-founders of Advanced Equities were served up Wells notices related to a private offering in 2009.

The co-founders of Advanced Equities were served up Wells notices related to a private offering in 2009. It’s unclear from FINRA filings what private offering they’re being investigated for. Could Fisker Automotive, a manufacturer of hybrid electric cars, be the culprit?

Fisker is one private offering that AE and its former IBD First Allied highly touted to investors, I’ve heard. Fisker also received significant government funding. But the company is now burning through cash and not meeting the government’s so-called “milestones.” And these days, who has the money to buy electric cars? That can’t be good for investors, and it’s certainly not good for AE. In fact, last month an investor sued Fisker and AE.

Paul Chesser of the National Legal and Policy Center writes:

Perhaps of greater concern is the trouble surrounding the broker that has raised the private financing for Fisker, Advanced Equities, Inc. The Chicago-based venture capital investment bank says it specializes in late-stage equity financing, raising funds to “bridge the gap between venture money and traditional corporate finance.” Last week an investor sued Fisker and Advanced Equities for their alleged failure to perform fiduciary duties and for fraud. He alleged that after he bought $210,000 of preferred stock between 2009 and 2011, Fisker and Advanced Equities last month demanded more than $83,000 “due to Fisker’s urgent need for equity capital,” or else he would lose privileges that came with his purchase of earlier stock.

“The lawsuit says Fisker and…Advanced Equities Inc., knew their promises to him were false all along,” reported the Orange County Register. “The suit seeks restitution, compensatory and punitive damages from Fisker and Advanced Equities.”

I don’t think it’s any coincidence that the founders received the Wells notices just days before this investor sued the firm for alleged fraud. Back in 2008, one AE broker told Forbes that the firm was “a stereotypical bucket shop.” The company’s known for helping to fund private offerings, primarily start-ups, with the ultimate goal of taking them public. For Advanced Equities brokers and First Allied reps, the offerings provided an entrée into the high-net-worth world—a sexy story to tell at the country clubs. It came with promises that the offerings would double, triple, or even quadruple in value when they did go public, rumor has it. But over the years, the firm has received complaints of wrongdoing and false promises related to its private offerings.

No wonder First Allied wanted to get out from under them.