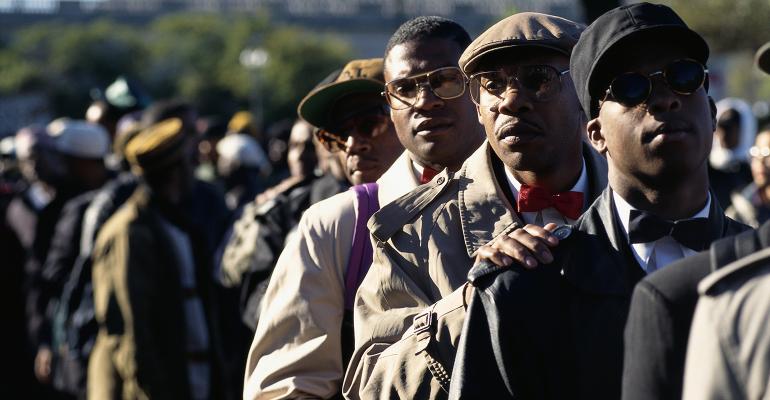 A Black Exec Does the Math

Life is profoundly different for Black folks in America.

Unbeknownst to too many of our white fellow citizens, neighbors, colleagues, friends and family members, living under the weight of race in our society is a vastly different and challenging experience.

For African Americans to "make it" here, despite the profoundly disenfranchising barriers that we’ve faced, means that ours is actually a contrasting experience to that of the popular perception: far from African-Americans being disproportionately unsuccessful in our country, I’ll assert that our very existence today attests to the reality that resilience is our superpower.

As the The New York Times chronicled so brilliantly recently in its award-winning series 1619, Black people have been in this country for four centuries now and we’ve also had to live with and triumph over an astonishingly broad and deep set of structural barriers to stay here.

What do I mean?

Related: The Way We Were Is the Reason We Are the Way We Are

Because no matter how successful African Americans are, because of the continuing ubiquity and perniciousness of race in our society, we are still not fully free. Even now, we fight to be accepted—let alone to be embraced and included—in domains of our society that have long been disproportionately and purposely exclusionary. Should anyone doubt this, take a moment to reflect on the utter lack of diversity in our shared advisory profession.

To drive the point a bit further, consider:

As I hope you realize and agree, life is profoundly different for Black folks in America, even today and even for the "good" or successful ones. As African Americans, every day, in ways both large and small, and no matter who we are, we fight the hidden battle against race and racism in our society. Every day we must overcome the Black Disadvantage that’s the decidedly lesser flip side of White Privilege. Every day we fight for our lives to matter … and if you think about this aspiration, isn’t "matter" a minimum?

This is the reality of race in America as we live it today and it is what we’re trying to change. This is the kind of negativity that lowers us all (both socially and economically as the economist Heather McGhee’s research has shown). This is the (scientifically illegitimate but socially prohibitive) barrier between us and the opportunity to experience America fully. This is the cause with which we ask you to engage fully, the eradication of Difference as a delineator of the dominant.

P.S. Though I’ve grounded this piece in the reality of race and racism as I and others have experienced and lived it here in America, I’m just as passionate about and committed to the eradication of all the other -isms that continue to plague our society and world. I pray that we are just as successful at eradicating sexism, heterosexism, religiocentrism, classism, xenophobia and all of the other false frames of mind that prevent us from engaging, embracing and celebrating the glorious diversity and idiosyncrasy that make us all unique. And when we achieve this goal, we’ll finally have realized the promise on which this country is ostensibly founded. Then, truly, we’ll all be able to experience life, liberty and the pursuit of happiness.