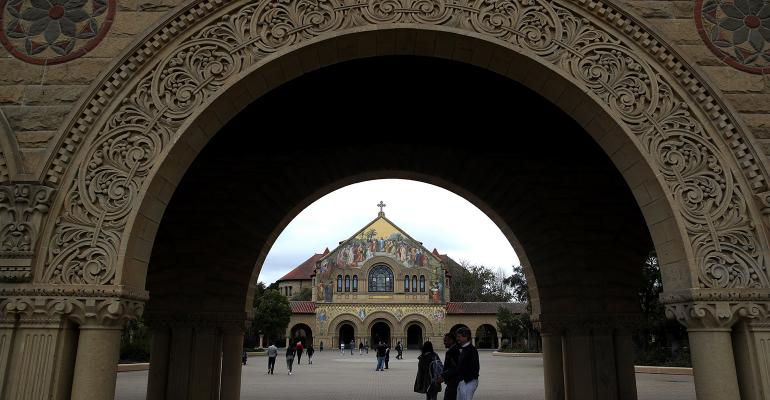 The bribery scandal around high-priced elite colleges belies the fact that for most, a high-cost education has less impact on their children’s future than they think.

The college admission scandal that recently broke reminded me of a story that a woman who lives in one of California’s wealthiest communities shared with me just last month.

The mother told me about her girlfriend who wanted desperately to get her oldest child into an exclusive private high school, which has served as a pipeline to the nation’s most prestigious universities.

The high school initially rejected the teenager’s application, but the mom and dad then approached the school with an offer to donate $5 million. Within two hours of the offer, the child received an acceptance notice.

To most outsiders, the desperation that these wealthy parents demonstrated—through illegal or ethically dubious means—will seem absolutely insane. (I was particularly surprised that the parents, who essentially bribed the high school, didn’t even bother to start with a lower donation offer!)

All this extreme behavior is symptomatic of a belief among some high-income households that a bachelor’s degree from an elite university is the only legitimate pathway to a child’s successful future. And, of course, these parents also crave the bragging rights that come with an admission to a trophy school.

What does this have to do with you?

Financial advisors need to understand the realities of an elite education—because a client’s belief that one is necessary can directly impact your own bottom line and their financial plan.

Dollars spent on a high-priced bachelor’s degree mean fewer assets you can manage for your clients, and fewer they can put toward retirement or more sound financial goals. The schools with the highest rankings from U.S. News & World Report now routinely charge more than $70,000 a year. Just a single bachelor’s degree will cost $300,000; multiply that for additional children.

How many of your clients could easily afford this kind of financial hit?

Of course, students can earn scholarships to whittle down some of the cost, but the golden-ticket schools, as I’ve mentioned in previous columns, don’t award merit scholarships to rich students, or at least dispense very few of them.

For these universities, it’s a simple supply-and-demand calculation. These vaunted institutions don’t have to offer scholarships to high-income applicants. Their parents will eagerly pay full price to a school like Princeton or Stanford.

What’s ironic about this preoccupation with elite schools is that the offspring of wealthy parents are the very students who don’t have to attend these institutions. These kids were born into golden-ticket households. Their parents don’t need to drop $300,000 a pop to get the benefit that coming from smart, well-heeled parents will bring. There is little evidence the cost of a premier education at the undergraduate level would bring any more benefits to the same kid who attends a less-costly school.

I wrote a column about this reality earlier this year that provides you with talking points on why your affluent clients don’t have to overpay for a bachelor’s degree. I’d urge you to read the column and even share it with your clients and prospects:

READ: Why Your Client’s Children Probably Won’t Benefit From an Ivy League Education

What’s also ironic is that affluent parents believe that an elite education is necessary when many of them didn’t earn pedigree degrees themselves. For instance, Lori Loughlin, an indicted actress in the scandal, who is best known for her role in Full House, didn’t attend college. Felicity Huffman, another actress indicted, attended New York University, which wasn’t considered an elite school back then. Actor William H. Macy, who is Huffman’s husband but wasn’t indicated, graduated from Goddard College.

Here’s one more thing: Having crossed paths with thousands of parents over the years, I can tell you that many high-income parents are stressed because the cost of the most prestigious schools is daunting, and yet the social pressure to push for them is overwhelming. You might not think paying for these schools will be a problem for clients, but I can tell you from talking to countless parents that a topic of high interest is college loans.

Your wealthy but insecure clients feel great pressure to send their children to a prestigious school. And don’t make the mistake in thinking the price tag is irrelevant to them. I suspect that many advisors don’t even know when their clients are borrowing large sums to pay for their golden ticket. It’s up to you to help convince them their children have every chance of reaching the same destination without paying top freight, and the return on their investment is not nearly as large as they think.